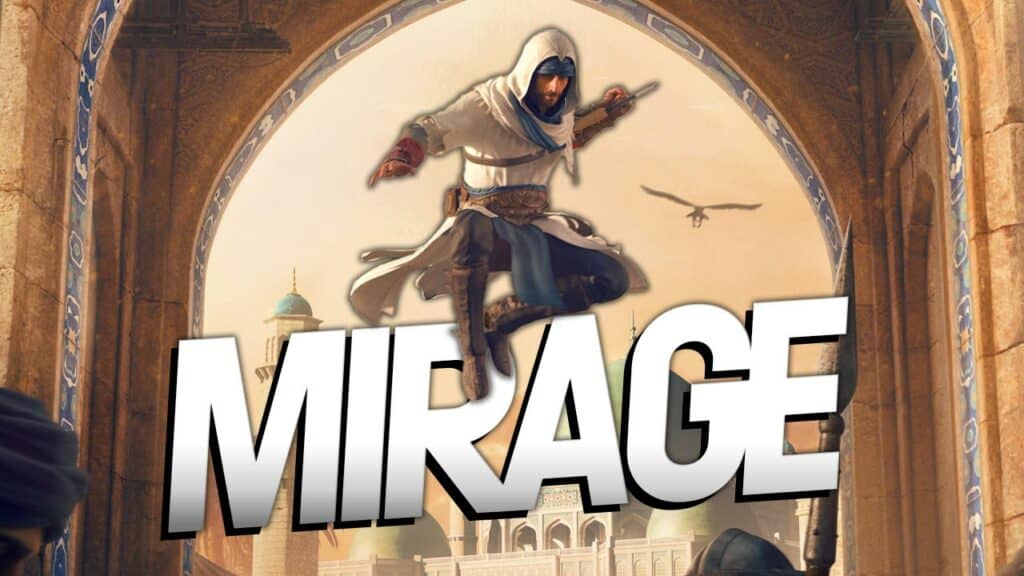 There were rumors for a long time, but now the release of Assassin’s Creed Mirage is official. What’s behind the mysterious name and why, especially old-school fans, can rejoice, now.

What happened? Today on September 01, 2022, at 6:00 p.m. CET, Developer and publisher Ubisoft announced the latest title in the Assassin’s Creed series, called Mirage. In a short Twitter post, they have shown the first artwork, confirming many rumors. We can also expect more information about Assassin’s Creed Mirage soon.

Assassin’s Creed Mirage is officially announced – Now back to the roots?

This is what the artwork shows: The image shared on Twitter shows an Assassin in classic garb, as you know it from the first part of the series. Only this one is a bit bluer and less red. In the background you can see a mosque and in the foreground a crowd with a heavily armored soldier. Next to the assassin, who is performing a jump assassination, we see an eagle.

What does it mean? Leaks in advance already told us that the next Assassins Creed will go back in time. To Basim’s past, to be exact. Basim is the character introduced as a new protagonist at the end of Assassins Creed: Valhalla. Now we see his time in Baghdad. The eagle in the background could point to the eagle eye, which will return according to the same leaks.

When will there be more information?

A Ubisoft Forward live stream will take place in September. It is very likely that the developers will present a first trailer or at least pictures of the upcoming Assassin’s Creed Mirage.

When will the new Assassin’s Creed be released? If we believe the leaks, which were right about the setting and title, Assassin’s Creed Mirage will be released as early as spring 2023. Since it’s not supposed to be a big RPG title, but wants to go back to the roots, this might be the opportunity old-school fans have been waiting for! But as always: this is not 100 % confirmed by now!

As soon as we find out more about Assassin’s Creed Mirage, the release, or trailers, you can find the news on our social media channels!