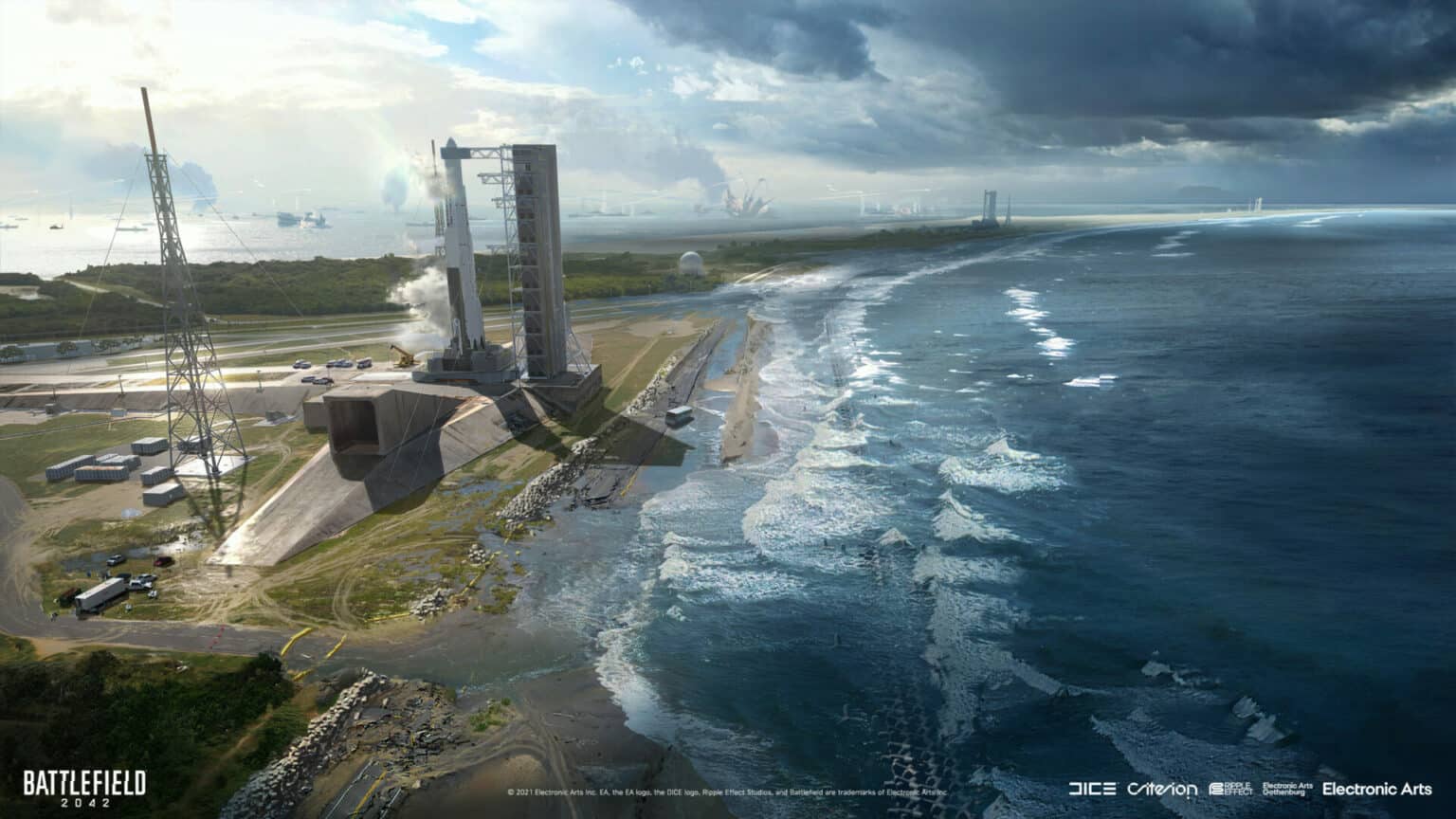 Battlefield 2042: Earthquakes and Avalanches Instead of Constant Tornado Storms

DICE concept artist Jakub Kowalczyk has shared Battlefield 2042 concept art that suggest further natural disasters. According to various sources, these have been deleted from the game – but why?

The well-known Battlefield insider Tom Henderson surprised with a post yesterday: He claimed that the Map Orbital should one-day fall victim to a completely different natural disaster than it is now. We only see tornadoes and sandstorms in Battlefield 2042 at the moment. But more was planned:

Natural disasters as a central element of the game: where are they in Battlefield 2042?

Before the Battlefield 2042 release, one of the biggest selling points was the destruction and dynamic weather system with its natural disasters. Unfortunately, only a small part of it is in the finished game.

Natural disasters such as avalanches, floods, and earthquakes, which actively change the maps during the game, are completely absent. The only natural disaster you can currently experience is the tornado, which is mainly there to look cool.

Who is leaking there? The Concept Arts for Battlefield 2042 published by Jakub Kowalczyk show that DICE apparently intended to add more than just a natural disaster. Why these have been omitted is questionable and is currently not exactly answered.

The pictures show that, for example, complete parts of the orbital map are flooded. Between the capture points D and E, parts of the map like the launch pad would then be underwater.

Why would that be cool? The hovercraft would have been perfect for this terrain. This also explains the broken road between the headquarters of the Russian units and the conquest point C. It remains to be seen whether the concept arts are just ideas or whether they will accompany us in the near future.

That’s what the community thinks about the missing events

On Reddit you can see that many players would have been happy to see more events during a round (via reddit.com). The tornadoes look great, but they don’t leave any mark on the map. Tornadoes don’t destroy buildings, don’t take cars out of the area, or suck up trees.

The only thing the tornado can do is being a means of transport. Many players are therefore disappointed and would have liked the tornado to fly around on manifest containers, for example, and crush people. That is why most players find the tornado rather annoying and nothing special, which is understandable.

DICE and EA plan to feed the game with new content in the long term. Other natural disasters or map events may also be released with these updates. With Patch # 3 further adjustments are made today and problems are fixed and eliminated. We look forward to every further update that changes the game and makes it better.