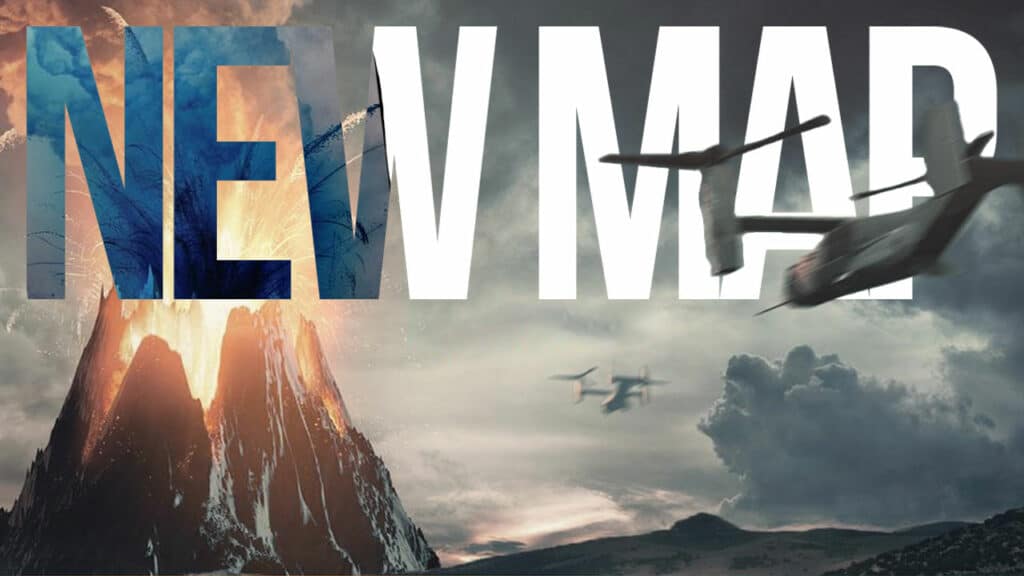 Battlefield 2042: New Map “Eruption” for Season 3 Leaked & Is not real

The third season of Battlefield 2042 will start in just a few days and now we have detailed insights into the new map “Eruption”, which is set at the foot of a volcano. What you can expect from the map Eruption and Season 3 in Battlefield 2042, we reveal now.

What’s going on? A few hours ago, the new map Eruption was leaked on Twitter, which is supposed to appear with Battlefield Season 3. This map is also the only new map for the once so popular multiplayer shooter. But what does the map of the third season Battlefield 2042 offer and what else is coming in Season 3? Guided.news tells you everything you need to know.

Update: I’m sorry, the map is not real, but cool!

I as the author personally apologize for falling for a “hoax” here. I was probably too caught up in the opportunity to be the first to hit the search engine queries with it! The Battlefield map Eruption is a fan project and is only meant to give inspiration. The new map for Season 3 is not.

You may have found other search results that blindly copied my article and didn’t check if what they were copying was real. Not to mention citing the source. Something like this should not happen in our industry and in the future I will make sure, just like all the other authors at Guided.news, that we check everything out multiple times. As a small blog with big ambitions, this should not have happened to me, in particular as a co-founder! All Credits to the artist!

Battlefield 2042: First pictures of the new map “Eruption” for Season 3

The map at a glance: Eruption is a chemical factory that is cleverly located at the foot of a volcano. The setting transports the 3 Season of Battlefield 2042 to Europe, more precisely to Italy. The map is structured as follows:

The map Eruption seems to be located at the edge of the Alps. In the north you will find many mountains, in the south more open fields. The former, however, are not part of the map, they only serve as background scenery. You can, however, climb the volcano, which lies entirely within the map boundaries. Directly below the volcano is the chemical factory, also on a small hill. Flag B1 and B2 have to be captured and held by the teams here.

In our opinion, however, the surrounding countryside is exciting: many small villages, fields and an ancient ruin on the side of the Russian faction. In Battlefield 1 and 5, there were far more such places, which should also (due to their age) not consist of the “indestructible plastoid” from which all buildings seem to be raised in 2042: In short: villages and farms should have better destructibility than factories and airports — maybe even with recycled houses from old games? Can the volcano erupt on the Battlefield 2042 map Eruption?

Yes, according to the Artist EmadAlden, there are both different weather events and an eruption of the volcano. The volcano goes through two phases before erupting:

What do you think about the vulcanic map Eruption in Battlefield 2042 Season 3? Is this map something you would enjoy playing or nah?