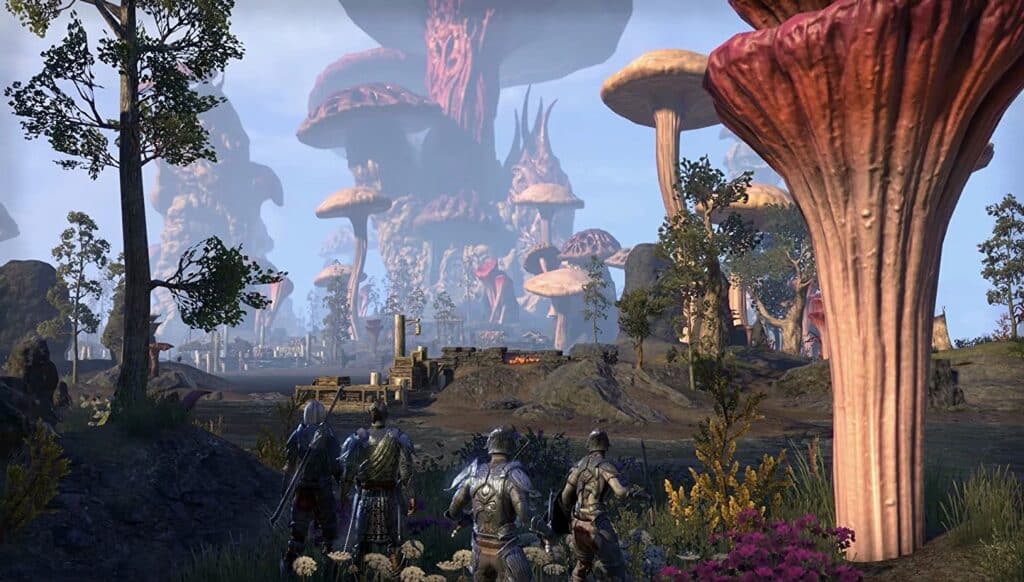 Dataminers have found the new class, the new area and much more content for the upcoming The Elder Scrolls: Online addon Necrom, which will be revealed tonight at 9:00 p.m. CET.

What happened? A few hours ago, the first information about the upcoming new addon to The Elder Scrolls Online leaked. Among other things, a well-known gaming magazine already posted unintentional first images. A recent leak now reveals more about the new map Telvanni & Apocrypha as well as the story and the new class in TESO.

The first hints about the new addon were shared by the gaming magazine IGN when they promoted the upcoming live event. Unfortunately, they chose an artwork including the name of the addon as the cover image. A few hours later, dataminers found the first content in the MMORPG’s files.

According to the description of the new region, it is an area in or near Morrowind. As a player, you are to explore Telvanni here, which is overgrown with tree-high mushrooms. The land is also marked by huge stone towers. The capital, Necrom, has a vast network of underground catacombs and endless libraries. The Chroma Incognito is also the impressive landmark of the Apocrypha Empire.

The story of the Necrom addon

In the story of Necrom you must explore the secrets of the Prince of Destiny. These are considered too dangerous for mortals and Daedra. Hidden and dangerous forces threaten the Riech Apocrypha. You must prevent the daedric secrets from falling into the wrong hands, because this is to destroy reality.

New class “Arcanist” in the Necrom addon of TESO

The new class Arcanist (OT: Arcanist) is a true magic marvel. It has destructive, healing and defensive magic. Lore-wise, this is explained as Arcanists being able to harness the hidden power of the Prince of Destiny. Arcanists use powerful runes and the lost tomes of power, among other things, to do this.

The description of the new TESO class sounds very diverse. With the different, partly contrary abilities, the class reminds of the revenant from Guild Wars 2, which can be crafted into different roles. Thus, with the Arcanist you could slip into the role of a healer, tank or damage dealer.

You get new companions

The Necrom addon of The Elder Scrolls: Online gives you the opportunity to recruit two new companions. In the course of the story, you’ll meet an Arcanist Redguard and a Guardian Argonian. As usual, they will also accompany you on journeys away from the new area.

When will the live event for the new addon for TESO start?

On Wednesday, January 25, at 09:00 p.m. (CET), the live stream will start on Bethesda’s official twitch channel. The unveiling of the new addon will then take place directly, but it won’t be until around 09:45 p.m. that the new features will be presented in detail.

If you don’t want to miss anything about it, follow us on social media (via linktr.ee) or bookmark this article. We will update this article with the latest information during the presentation.