Star Wars in Fallout New Vegas, two hardworking modders are currently working on that. The project “Star Wars Open Worlds” is supposed to offer a full-fledged story, a dozen planets and many more sandbox elements.

That’s what it’s all about: Two eager modders have been building one of the biggest mods for the apocalyptic role-playing game Fallout New Vegas for years. This mod is called “Star Wars Open Worlds” and the name says it all. The project can currently best be compared with Knights of The Old Republic, or Kotor for short. Fans of the classic RPG should pay close attention now.

What to expect: The two-person team has been developing Star Wars Open Worlds for quite a while. In the meantime, their development has advanced so far that a release in 2022 is becoming more and more likely. But what exactly is the mod supposed to contain. Here is a brief overview of the key features: 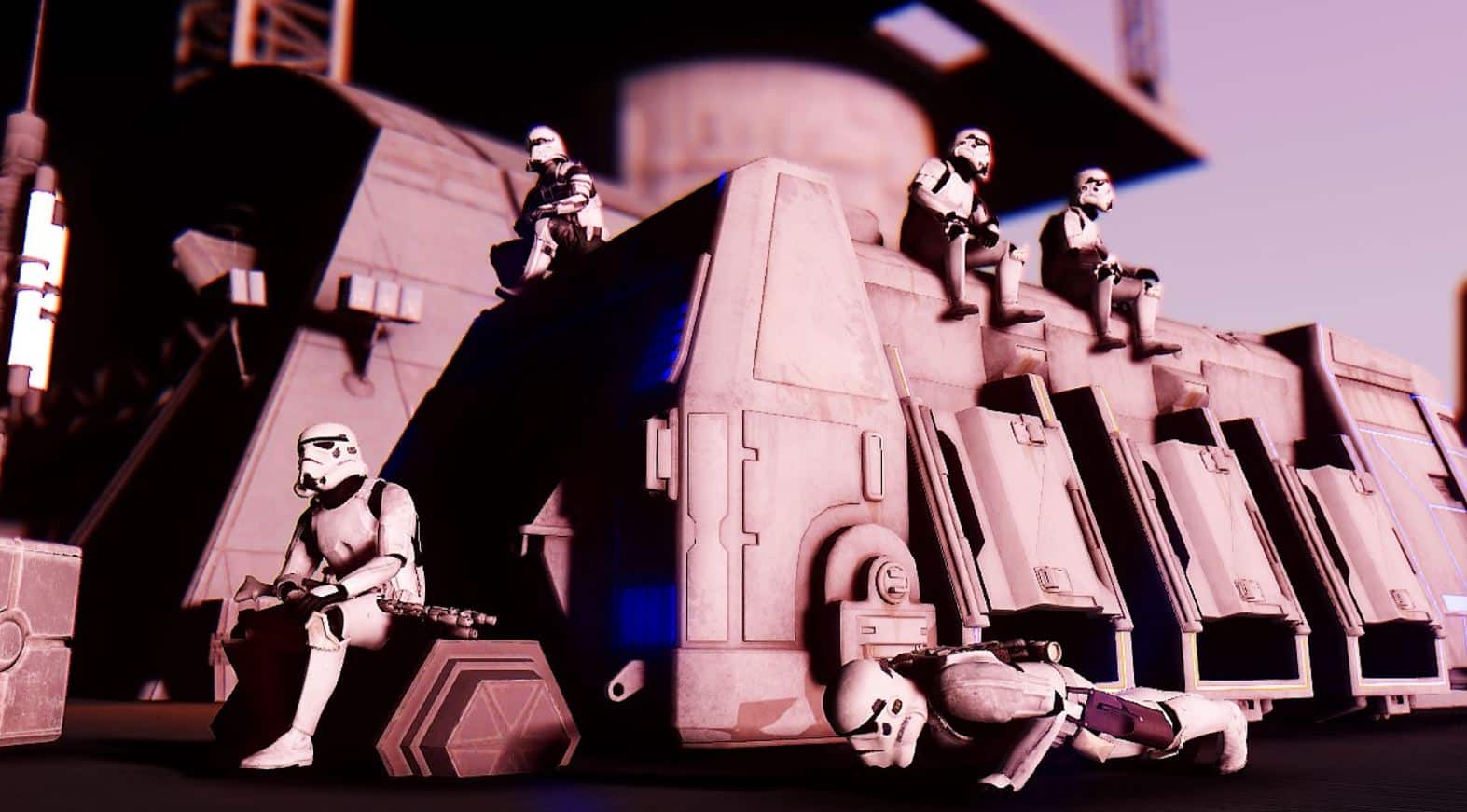 Setting & Story: Star Wars Open Worlds is set between Episode 3 and Episode 4. The Empire just transitioned from a Clone Army to the Stormtrooper Corps. However, you are not a radiant war hero from the days of the Clone Wars, not a Jedi on the run, and not a notorious bounty hunter either. You’re a simpler criminal, at least for now.

At the beginning of the story, you are a prisoner. This is a common entry point, at least for Bethesda games. After you have been transported to a new prison, you have to break out. From here, your path is entirely up to you.

Live a simple life, earn your living by violence or trade, or travel to the 12 different planets. However, you should take on any task that leads you to one of the mysterious holdovers of the Sith and Jedi.

These planets exist: It is unclear which Star Wars worlds will be accommodated in the fan mod. So far, only a handful of confirmed planets are known:

That’s how far the Fallout New Vegas Mod is, so far

Most recently, the developers of Star Wars Open Worlds shared some videos that do a good job of demonstrating how far the mod has come. Most of the planets have already been completed. This also applies to most of the gameplay elements.

However, you can tell from the game that it is a fan mod. The lighting is still not right, and all textures and models are optimally integrated into the game. Admittedly, given the size of the mod, that is very forgiving.

Incidentally, there is no release date for the Fallout New Vegas Mod Star Wars Open Worlds. The year 2022 also seems realistic for the two developers. Then you can look forward to hours of Star Wars action. At least if Disney doesn’t crush the project prematurely with an impending lawsuit.