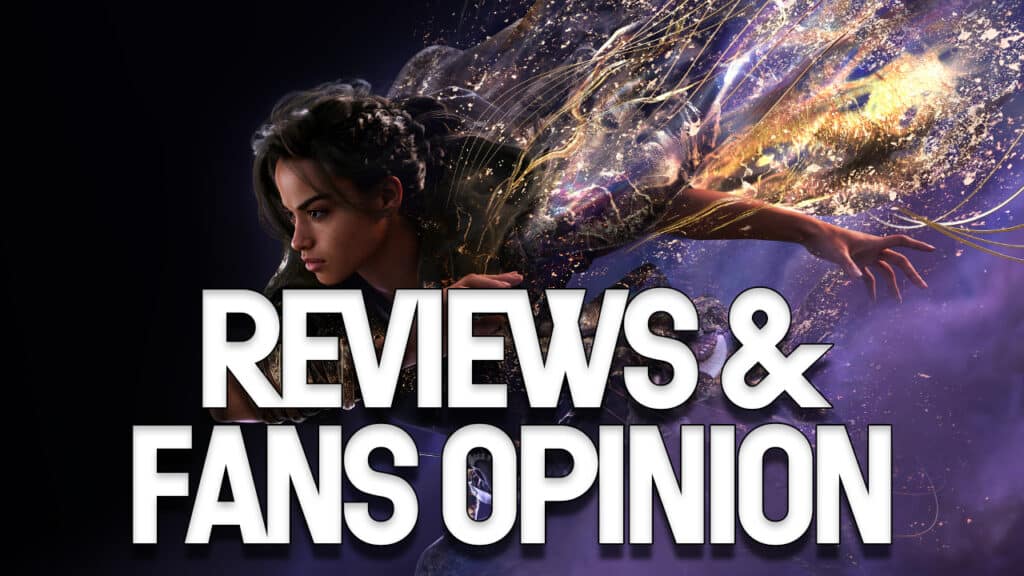 Forspoken: These are the Press Reviews & Fans’ Opinion

A Reddit user has summarized the international press reviews for the recently released action-adventure Forspoken. We reveal selected opinions and tell you what the fans think about it.

What it’s about: The Reddit user u/Turbostrider27 has summarized the ratings and reviews of the international press for the release of Forspoken. Opinions from the community followed this. We’ll tell you what the press thinks about the game and what players think about the reviews.

These are the International Press Reviews for Forspoken

u/Turbostrider27 has summarized more than 50 reviews of Forspoken from worldwide in its review overview. It is noticeable that the editors’ opinions go in completely different directions. We’ll introduce you to some of the reviews in more detail and then tell you what the community thinks about them.

OpenCritic: Generally, the Reddit user uses the reviews from OpenCritic for Forspoken. Many reviews from different editors can be found there.

IGN: With 6 out of 10 points, IGN rates Forspoken more in the midfield. The editors do think that combat and parkour can be fun. However, that’s not enough to make the clichéd story and an empty open world interesting.

GamingTrend: With 90 out of 100 possible points, Forspoken seems to convince the editors of GamingTrend. According to editor David Flynn, this is an incredible title. In his opinion, the story is a bit too generic. However, the gameplay is inventive, magical, and an “absolute blast.” He claims Forspoken is an exciting leap forward for the action game genre.

This is What Fans Think About Forspoken Reviews

As you can see, the press reviews are entirely different. But what do the fans actually think about it? Reddit user u/Olgrateful-IW talked about the criticism of games in a thread, using Forspoken as an example.

Like most, I am aware of the criticisms, the reviews, the good, the bad, and the ugly for this game. Despite the flaws I am still very interested in getting and playing Forspoken, but understand anyone who isn’t. I am hoping after release this sub will finally see fit to regain its sanity. from Forspoken

The user mainly talks about how people who criticize the game and only talk about the bad things about it can’t stop. He’s looking forward to when the critics can just let go of their well-guarded criticism of the game and “move on.”

He’s not alone in that, either. After all, every player has his or her own individual experiences with the game, and those are important. Of course, players will encounter both the good and the bad in the process, and problems must be fixed and not the entire game put down because of it.

The important thing, he said, is that the experiences are reflected in such a way that the community, unsure whether to buy the game, can decide objectively based on the shared experiences by other players and the resulting reviews. However, highlighting and dwelling only on the ugly doesn’t help anyone.

What is your opinion on the ratings? Do they help you decide to buy Forspoken or not? Feel free to share your thoughts with the community and us.

You want to join our community and discuss about Forspoken? Then join our Discord server or visit us on Facebook, we are looking forward to you!