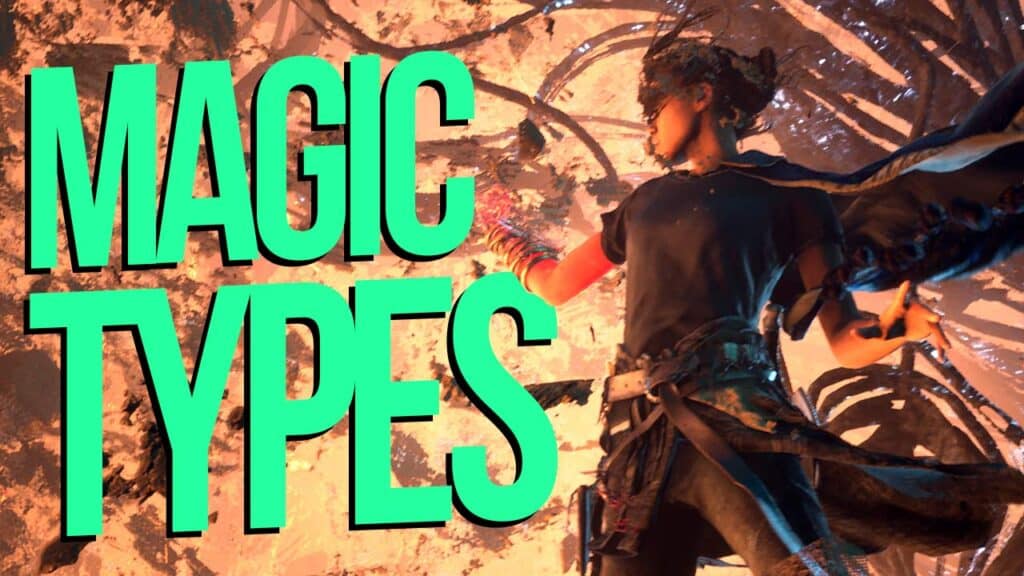 Forspoken doesn’t have a good standing even before launch, but we are looking forward to the unused setting and give all players here a guide to the four different magic types as well as all abilities in the game!

What’s it about? In this guide, we’ll tell you what magic types are available, how to use them, and where to find new spells. We’ll also explain how to use the combat system perfectly against all enemies.

All 4 types of magic and spells in Forspoken

During the course of the storyline, you’ll keep meeting new characters in the game world who have different magic abilities. You’ll learn all of them, giving you control over four different elemental magics:

What are the differences? Each of the four types of magic comes with its own spells for attack and for defense. Frey’s Earth magic, for example, has three offensive abilities and six support abilities. In addition, each element offers four abilities for parkour. Water, for example, lets you glide for a while, and with fire, you can pull yourself to certain points in the game world. However, you have to keep an eye on your stamina, because it decreases with every parkour skill you use.

Where can I find new spells in Forspoken?

Some spells and abilities are unlocked simply by completing missions and progressing through the story. Most of them, however, are unlocked by collecting mana. The blue magic stuff pours out of the ground at certain locations on the map. At the start of Forspoken these are presented to you. You have to collect the mana here and stash it away. Once you’ve collected enough mana, you can invest it in your skill tree from the menu. You can also get mana by leveling up or completing the mazes.

There are also special skills that you can only find at the so-called blessing barns. If you collect all the skills and spells, you’ll have about 100 different ways to smash your opponents’ magical faces. Now you can use all the skills you’ve learned to go on a trophy hunt: Forspoken: Trophy Guide – All Achievements till Platinum