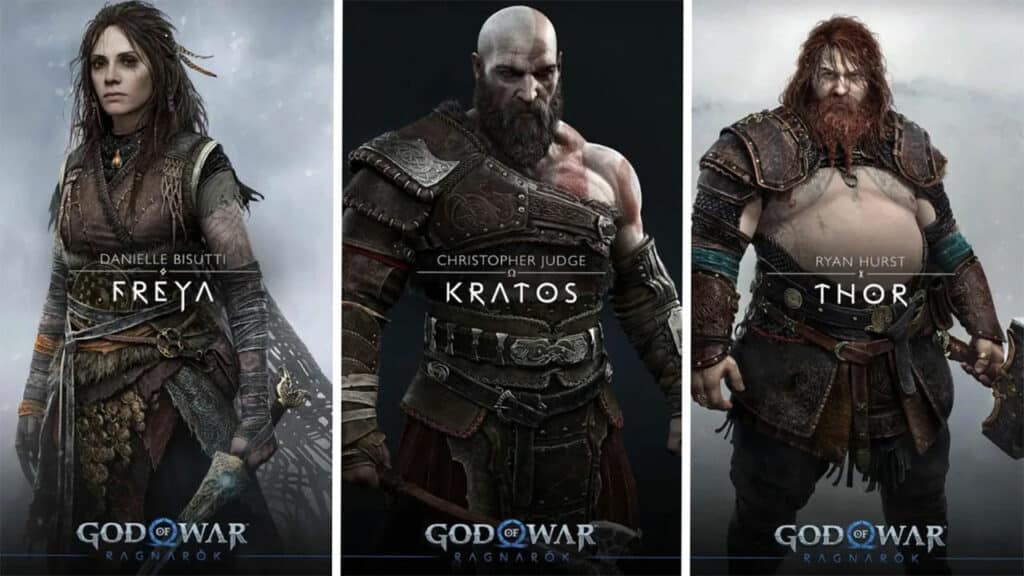 God of War Ragnarök has been available on the PlayStation 5 since November 9, and Thor makes his first appearance. But other characters do a good job as well. We have all the cast members for you.

This is what’s going on: The next part of the God of War saga is available now and takes PlayStation 5 players into the legendary world of Norse mythology. In Ragnarök, Thor appears for the first time, who is not exactly happy about the fact that you eliminated 3 of his sons in the last part. We’ll tell you who Thor’s voice actor is and list the rest of the cast as well!

Actor Ryan Hurst plays and voices Thor in God of War Ragnarök. You know him mainly from series like The Walking Dead, Sons of Anarchy, Law & Order, and movies like Saving Private Ryan, or We Were Soldiers.

But the rest of the cast is also impressive: