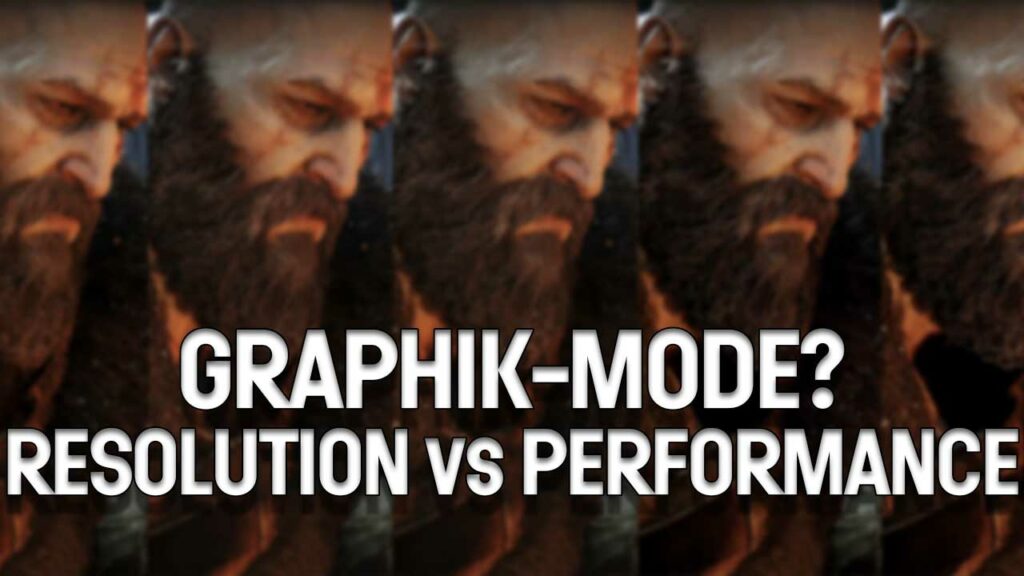 In God of War Ragnarök for the PlayStation 4 and 5, you are given the choice right at the start of the game whether you play the action-adventure in resolution or performance graphics mode. However, you are not told the differences. We’ll tell you how the two graphics modes differ.

Here’s what’s going on: When you start God of War Ragnarök for the first time, you are allowed to adjust the brightness and choose between the resolution or performance graphics mode. However, the game itself doesn’t tell you what that means exactly. You only get the info that the quality mode favors quality over performance or vice versa.

God of War Ragnarök – Differences Between Resolution and Performance Mode

Setting the graphics mode in God of War Ragnarök is actually quite simple and quickly explained:

These are the Differences on the PS4

The regular PS4 is the weakest candidate in this comparison, but it still manages its constant 30 FPS at a Full HD resolution of 1080p. However, there are deductions in light & shadow, details, and particle effects. Still, God of War Ragnarök is a graphically impressive game, even on the PS4.

These are the Differences on the PS4 Pro

Already better than the normal PS4, the Pro manages a constant 30 FPS at presumably 1440p in quality mode. Unfortunately, there is no exact data on this. However, light, shadows and particle effects look better here.

In performance mode, on the other hand, the quality shrinks a bit and the FPS increases. However, it is not 60 FPS, as one would expect, but rather 45-55.

These are the Differences on the PS5

In quality mode, the PS5 offers a fixed 30 FPS at a resolution of 4K. Here, the action title shows what it’s made of graphically. Light and shadow have the best quality here, and the 4K textures, snow drifts, and particle effects contribute a lot to the atmosphere.

In performance mode, the resolution is throttled to 1440p, but the title then runs with a stable 60 FPS. In our test, we did not notice a visible difference in the graphical details.

Should you connect an HDMI 2.1 capable device to your PS5, you’ll unlock two additional modes that provide a higher frame rate: