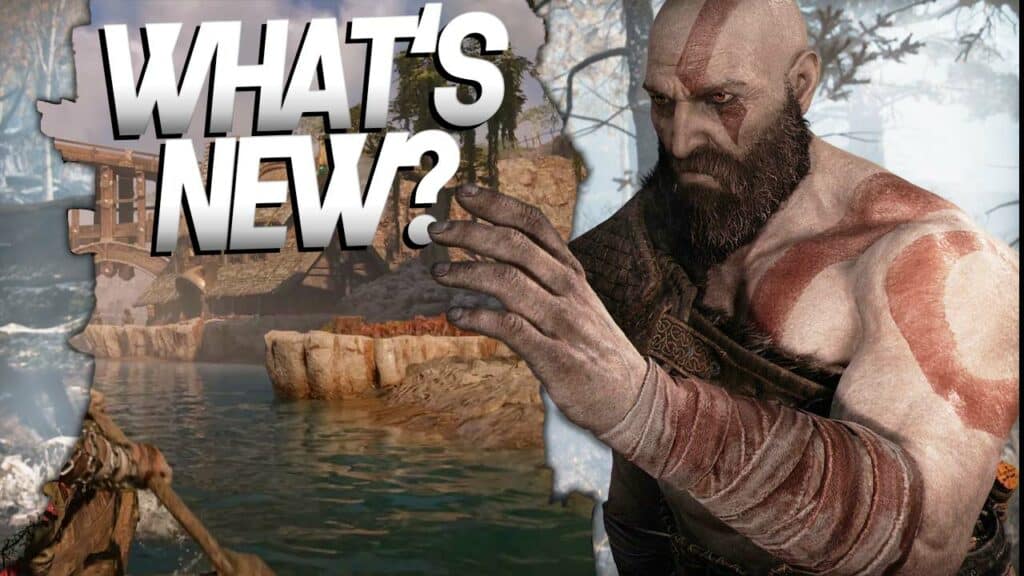 Game Informer shared new gameplay for God of War Ragnarök in the night from September 6 to 7, and we took a close look at the few scenes. Our conclusion: The new God of War is more than just DLC!

What’s up? There are new gameplay scenes from the upcoming God of War: Ragnarök and the trailer shows a journey section as well as some puzzles. The dwarven city of Svartalfheim is the focus of the trailer. In addition to somewhat prettier graphics than in God of War 2018, we also get to see many other innovations:

Criticism from fans: Many fans think that God of War Ragnarök looks just like the 2018 spin-off. They don’t just mean Kratos’ nasty death stare, but mainly the gameplay. Apparently, the developers continue to use the same mechanics as 4 years ago. However, we say that’s not true — you just have to look closely.

In God of War 2018, we explore mostly deserted areas as Kratos. Everything is barren and dead, and even if the environments are criminally pretty, they don’t exactly bubble with life. Apart from a few birds or even enemies, we hardly get anything in front of the lens. God of War Ragnarok, on the other hand, is bursting with life, as we can see in the Svartalfheim gameplay trailer:

Kratos paddles through the village with his son, dwarves go about their daily business on the left and right, and a few others just seem to be enjoying themselves by the river. 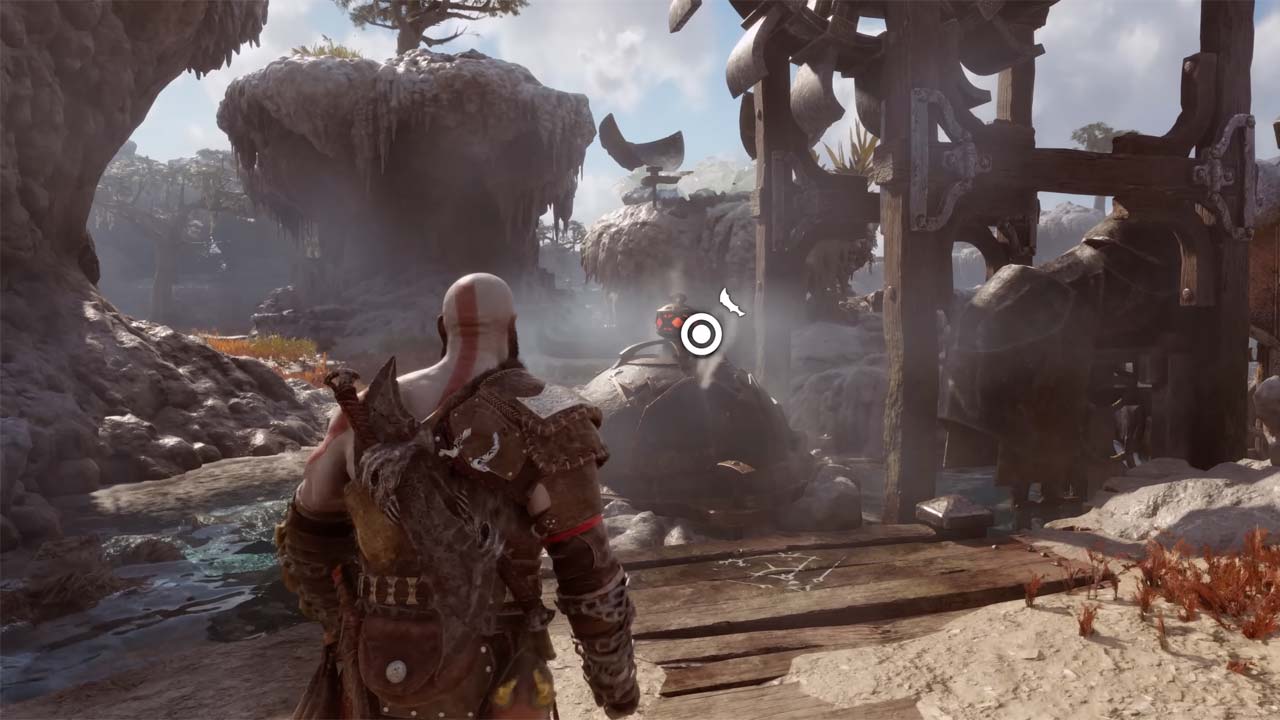 More variance: God of War Ragnarök is also supposed to present far more different areas than its predecessor. In addition to icy landscapes and Nordic forests, we also seem to be traveling through deserts and colorful meadow worlds. In an unboxing of the Collector’s Edition with Ryan Hurst (Beta, The Walking Dead / Thor, GoW), we see a “world map” that shows Asgard and Vanaheim as game worlds, among others. The latter world consists of gigantic trees and diverse vegetation.

Well-known worlds like Midgard or Alfheim have changed due to Ragnarok and are completely icy and dark. In Midgard, we therefore no longer use boats, but dog sleds to get across the frozen Lake of Nine.

This is how the world changes: In addition, it could be that worlds change while we are still playing. Svartalfheim looks really peaceful in the new gameplay. But a cover artwork shows that it will be attacked during the game and mutate into an active war zone. 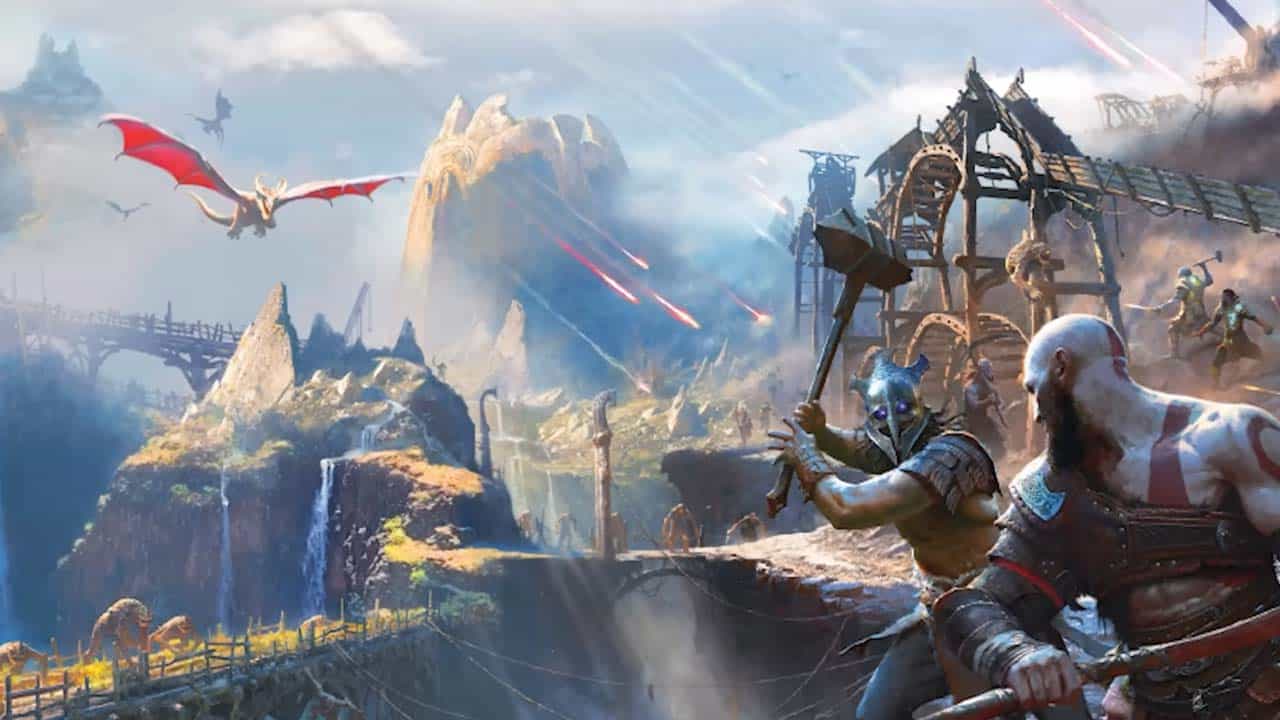 Once again, Kratos resorts to his Leviathan Axe and Chaos Blades to solve most of the puzzles in the game world. In the 2018 spin-off, however, they were always the same puzzles:

In the Svartalfheim gameplay, for example, we see a steaming cauldron that activates a giant water wheel. In addition, Kratos freezes some geysers with the axe to create platforms of ice. In Ragnarök, however, puzzle passages should adapt more to the individual areas. That is, we may see this steaming cauldron and these geysers in this form exclusively in Svartalfheim. A mechanic that adds a lot of much-needed variety to the puzzles in God of War Ragnarök.

A new weapon for Kratos

According to various rumors, we’ll also get a new weapon in the new God of War. Thus, in the course of the game, Thor’s hammer Mjölnir is supposed to change sides and fall into Kratos’ paws. This rumor is fueled by industry insider Jason Schreier. He thinks the reason Mjölnir is the main component of the Collector’s Edition shows that the hammer has a big role to play.

Also, Kratos is supposed to get new elemental abilities, and what would fit better than a hammer that fires lightning?

When will God of War Ragnarok be released?

So far, November 09, 2022 is the release date for God of War Ragnarok on the PlayStation 4 and PlayStation 5. PC players will probably go empty-handed for now, even though there was hope for a simultaneous release for a long time. However, God of War (2018) only appeared 3 years after the original PlayStation release for the PC. Hopefully we won’t have to wait that long.