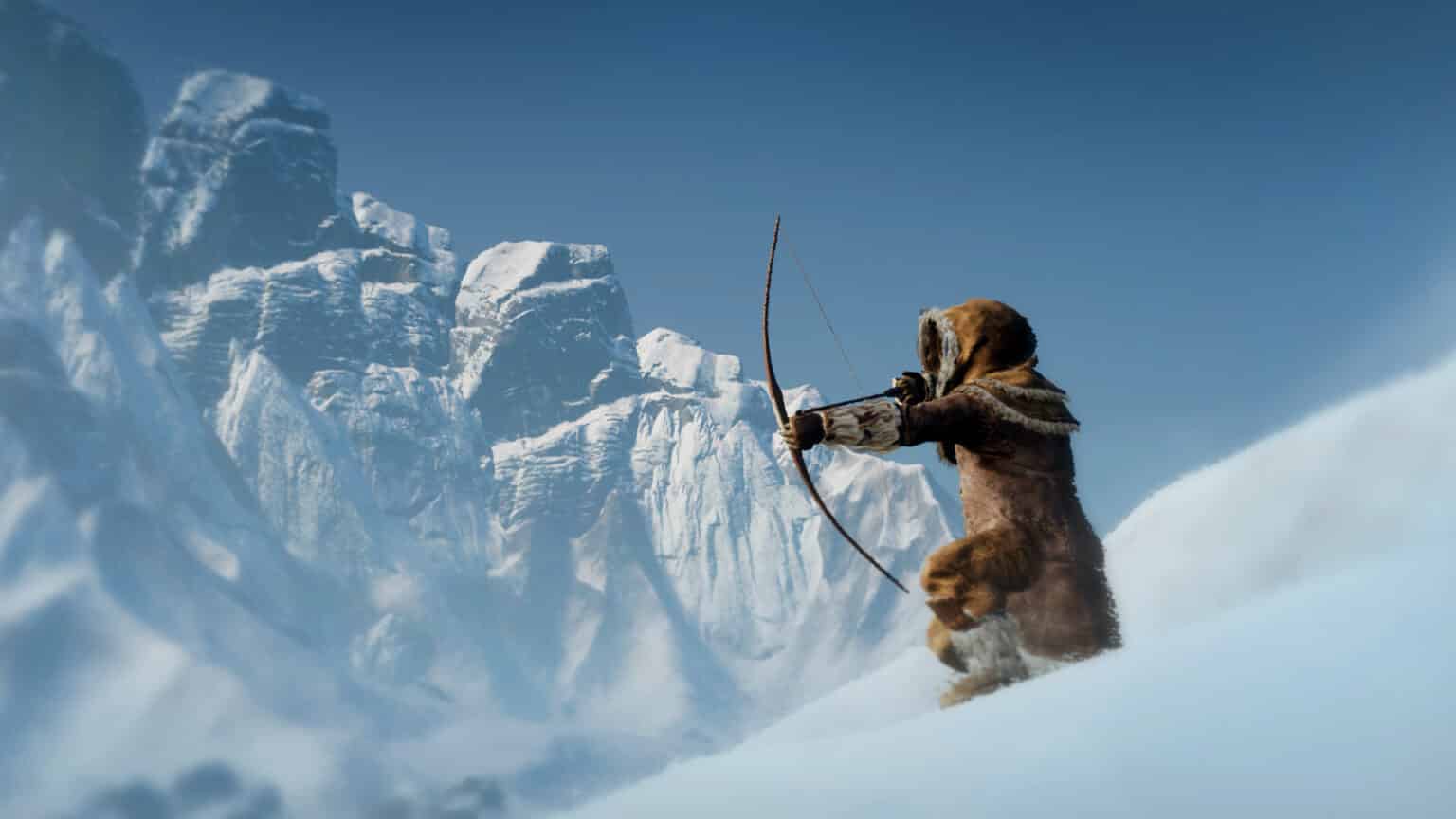 Icarus: Second beta weekend strikes like lightning – everything about the beta

The new survival title from DayZ creator Dean Hall is in beta. You can already test Icarus on a total of six beta weekends. You can find out here why the second beta weekend came in a flash, what the beta can do, and which other beta weekends are coming.

That’s going on: Since September 10, you can play the second beta phase of the upcoming survival title Icarus as a pre-order-bonus. According to Steamcharts, over 7,600 players in Peak have already embarked on an adventure, and we will tell you what to expect.

What kind of game is Icarus? Icarus is a session-based PVE survival game. You compete alone or with up to 8 players against a hostile environment and try to make your big financial fortune in a sci-fi gold digger frenzy.

How is the beta going? The beta phase takes place in the form of a total of six beta weekends. If you buy the game, you can go into the game for two days every 14 days and try out one aspect. This allows developers to test their servers under load, collect feedback and generate attention for the game.

Test phase for players: According to the developer FAQ, the beta hours of play are not counted towards your Steam time. The time within which you can return a Steam game only starts to tick after the release.

What are the main focuses on the beta weekends? 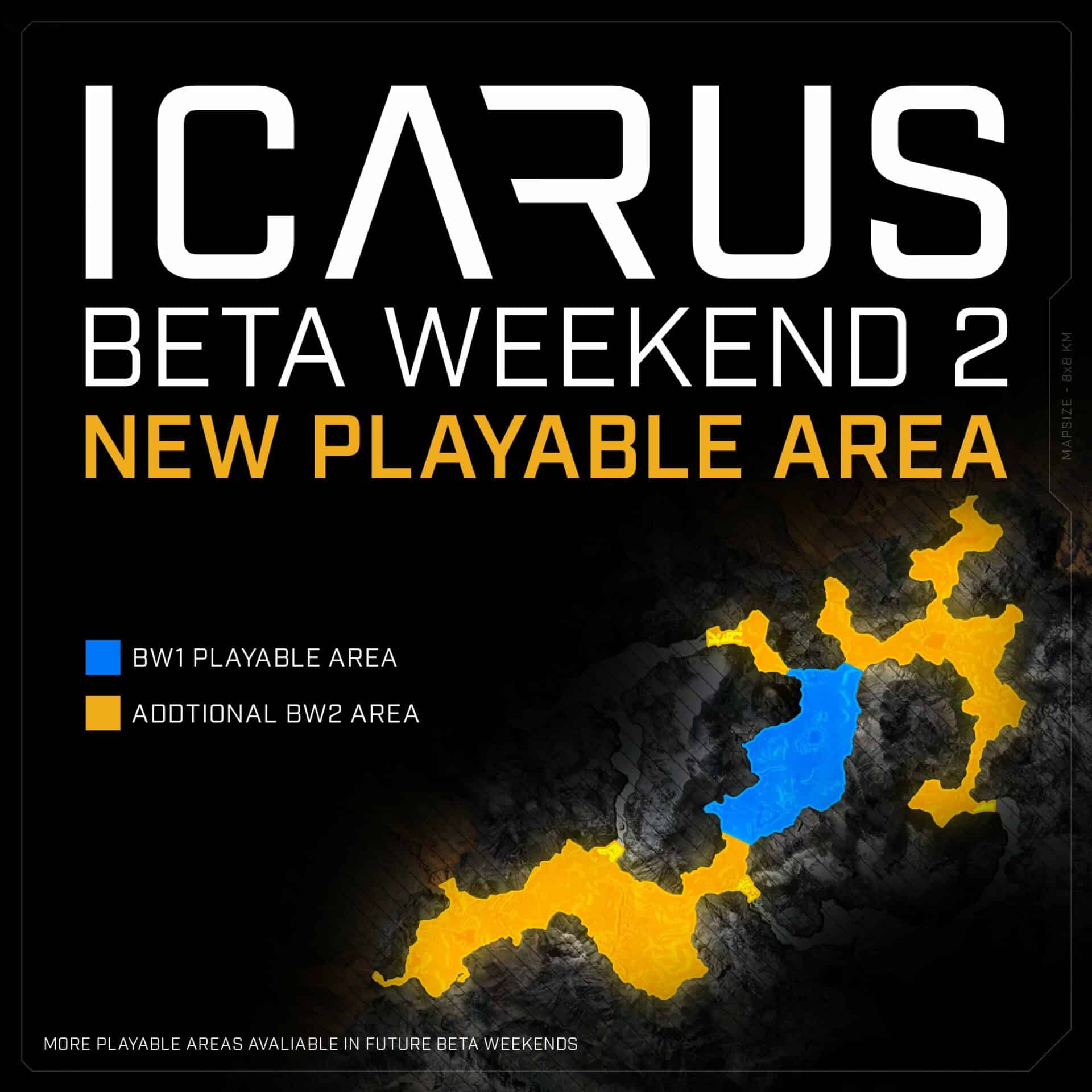 What kind of world does Icarus play in?

In the game, there are protective suits, an orbital station, and drop-ship shuttles. That sounds like a space game at first. At the same time, you end up in a classic survival scenario, looking for firewood and a dry place to sleep.

What happened? The planet Icarus was the hope of mankind. Terraforming was supposed to create second earth, but something went wrong. Terribly crooked. The atmosphere is tilted and poisonous, the settled animals have mutated and are now extremely aggressive. Storms rage over the planet and people live in an orbital station. Actually, nobody would end up here voluntarily. And why are you landing? Exotic matter is the new gold. And there are great deposits on Icarus. They arouse the interest of powerful corporations and parliamentary groups. As a dispensable soldier of fortune, you come at the right time. You can be hired by factions for certain jobs, acquire mining rights, and end up on the planet.

Photon rifle and lightsaber? No. Payload is heavy and expensive in space. And you’re a poor eater at the beginning. A spacesuit and an oxygen tank are all you wear on your body. You are a Stone Age person in the spaceship when you land on the planet with your shuttle. Your first piece of equipment is a stone ax and stone pickaxe.

The survival formula in the game

Survive – Explore – Craft – Escape: The developers of RocketWerkz themselves have published this formula for their game as a guide. But what do these terms mean?

Protection, water, food, fire: these survival basics also apply to Icarus. The first thing you need to do is make some simple tools. If you can’t find water, there may be other sources of fluids. As long as you can’t build a building, one of the caves will help you. 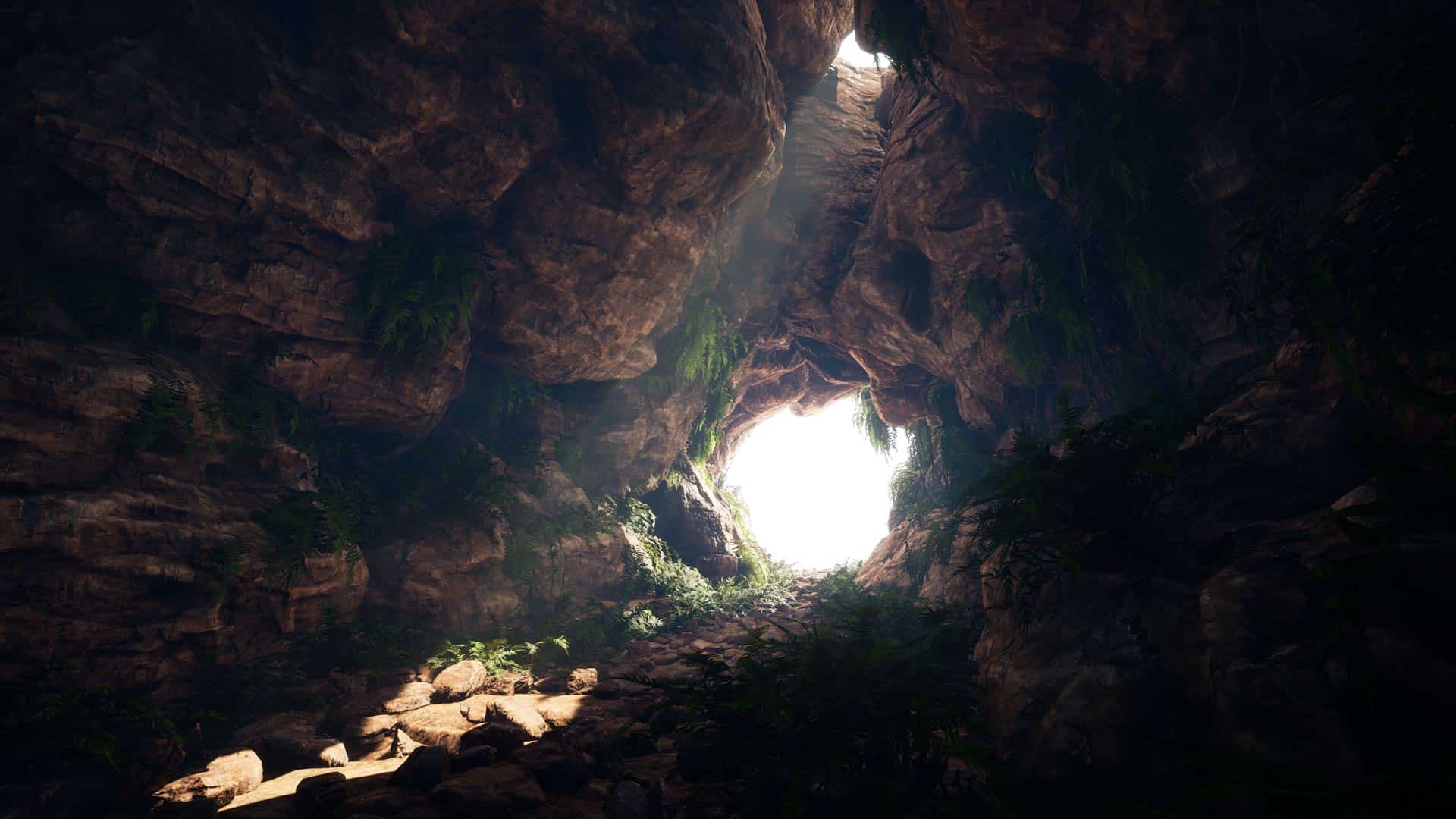 Caution! You really have to be careful with the fire on Icarus. Some players have already burned their houses and started whole forest fires.

Learning and development: If you mine, kill, or collect something on the planet, you will get experience points for it. After each level up you can put that into your character’s abilities: more life energy, less rapid spoilage of food in your inventory, or more meat when carving up animals. The development opportunities are very complex and diverse.

Huge world: The world of Icarus is large and diverse. The developers created them manually. So it is always the same and there are no procedurally created random worlds. Only the accessibility of caves is not always identical – at least not in the beta phase.

Three (or four?) Types of biomes: During the beta phase, you will get to know three biomes: 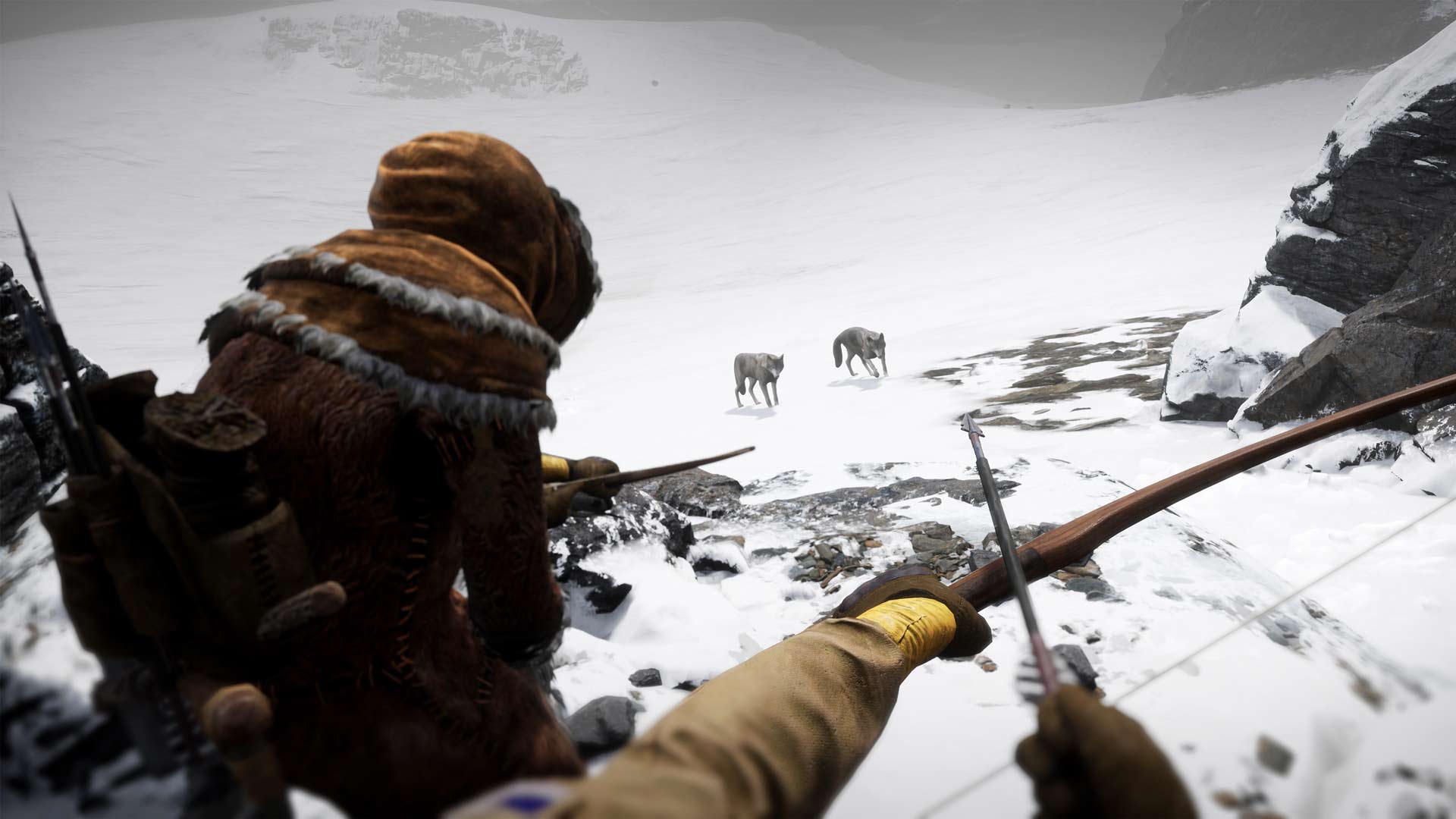 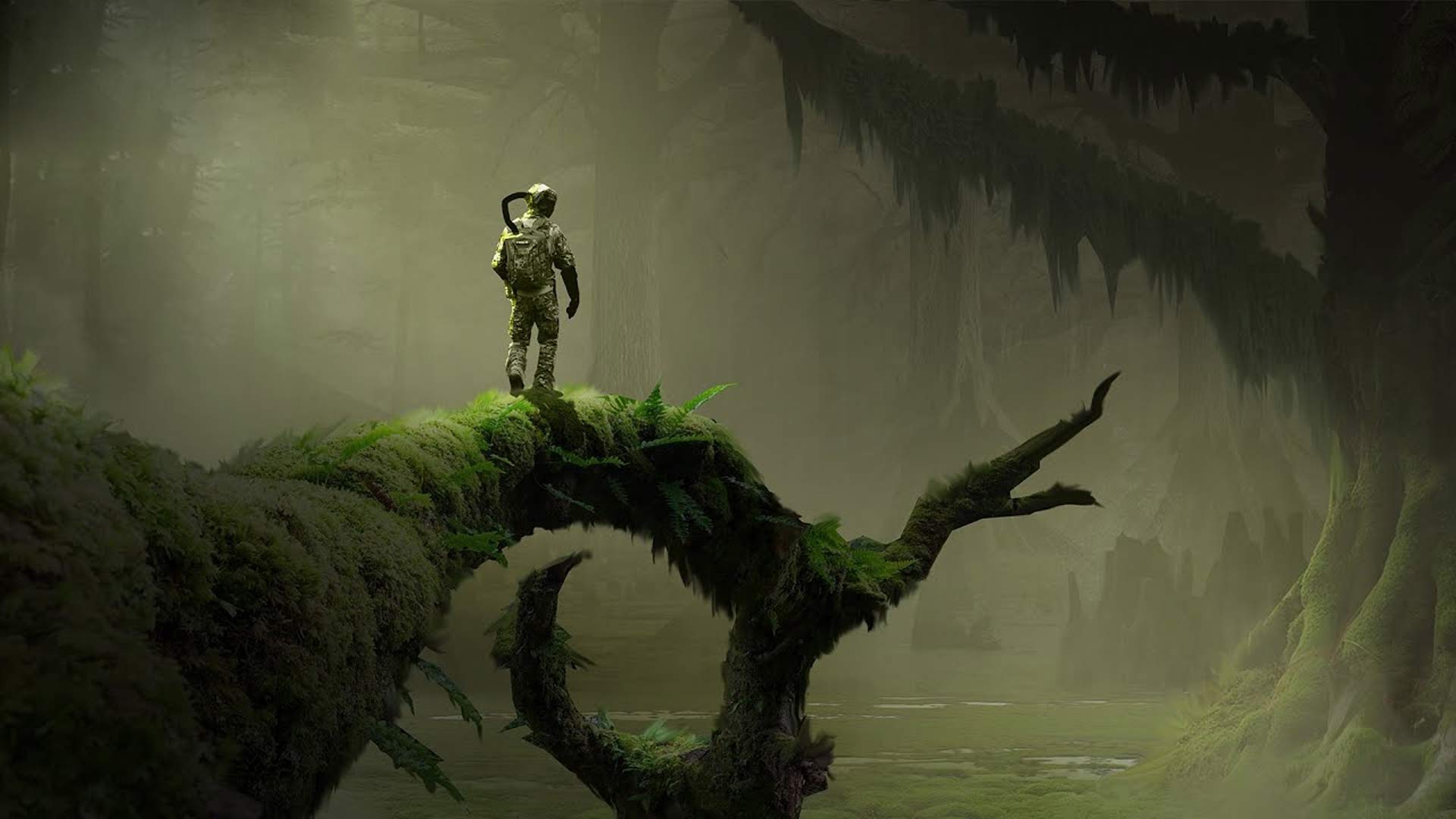 The goal of your pursuit: Why do you wander across the world? You want to discover the places where you can mine exotic matter. You can research technologies in the orbital station that really help you on the surface.

Technology and crafting: You also go through technological leaps on the surface. With every level of experience, you can unlock new blueprints. After starting with Stone Age tools, you can work on Icarus bones, leather, and fur in the next stage (via klabbi.info). Use it to create better weapons, tools, and furnishings.

Metal and technology: With each expansion stage, you become more progressive. You will gradually learn to melt down metal ores and use them to make advanced tools. Firearms also find their way into the game at this stage of development.

Time pressure: Icarus is session-based. For every mission that you accept, you acquire the mining rights to a claim, i.e. an area. However, they expire after a specified period of time. Then your shuttle takes off again. With you or without.

This is how Permatdeath works: And here is the point at which you need a new character. If you miss the departure of your shuttle, you’ll stay on Icarus and die. Then you failed to escape in time (and with a fat booty of exotic material). In this way, you not only lose the resources that you carry with you, but also all development steps that your character has made on the planet. You should only be able to “inherit” the treasures on the space station.

Real-Time: Another specialty is the session duration of a mission, which is given in real-time. This also runs in real-time. Whether you play now or pause.