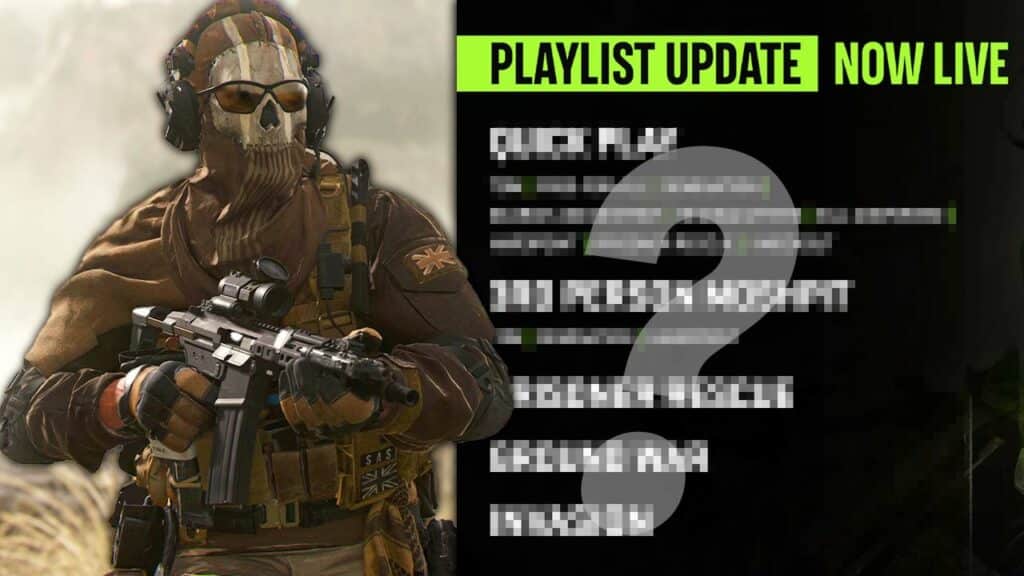 Call of Duty: Modern Warfare 2 will get new game modes and replace old ones with the playlist update on October 28, 2022. We’ll tell you what’s changing for Quick Play, Third Person, and all other game modes.

Modern Warfare 2 Playlist regularly receives updates, which are supposed to bring a breath of fresh air to all the game modes in the game. The developer Infinity Ward will start shortly after the release on October 28th, and we’ll tell you now which fun modes you can look forward to.

Ground War remains after the playlist update of MW2

In battles 32 vs 32 players, you don’t just compete on foot. Instead, you’ll resort to tanks, helicopters and buggies to get you from one flag point on the map to the next. The goal is to capture and hold as many flags as possible.

In rounds of 20 vs 20, each team fights to take out the entire enemy team. The maps are very large and are further filled by AI soldiers (bots). This game mode gives you unbridled action, but without any announcements from moderators.

If it happens that one team dominantly pushes the other into the spawn, the AI starts actively hunting players aggressively.

More about Call of Duty
• The Top 5 Meta Weapons at Release of Modern Warfare 2
• Modern Warfare 2: How to do a Slide Cancel?
• Warzone: New Playlist Update from October 14

Fast modes: Game modes like Team Deathmatch and Free for All are simply based on generating kills — as a team and against everyone. In Kill Confirmed, your kills only earn points for the team if you collect the dog tags of your opponents after the kill.

Object-based modes: Domination, Headquarters and Hardpoint are based on capturing an area or a moving target.

Turn-based modes: Knockout, Prisoner Rescue, and Search & Destroy are played in teams of 6 vs. 6. There is no respawn. So if you flip, you have to wait until the start of the next round.