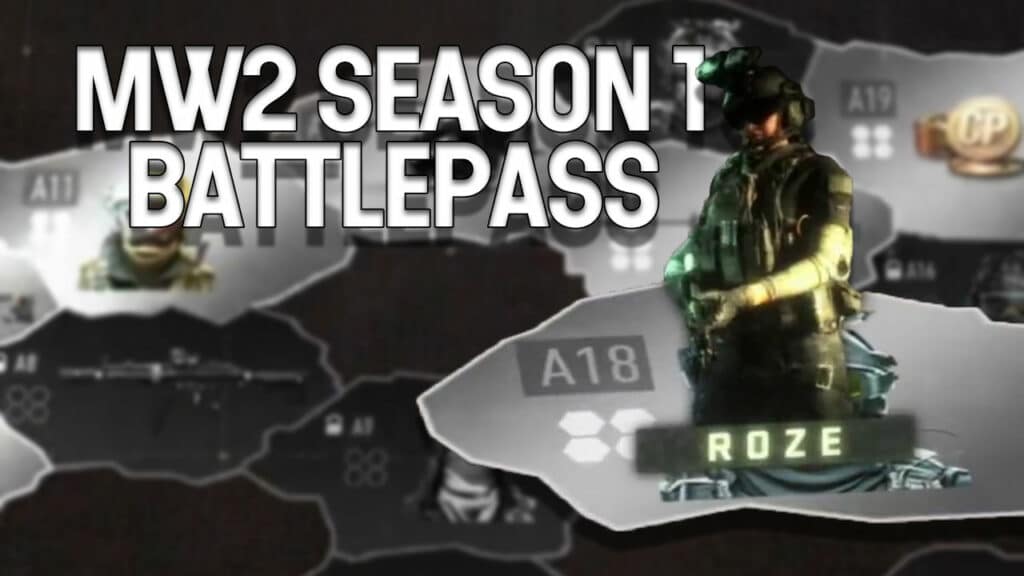 Modern Warfare 2 & Warzone 2: This is the Battlepass in Season 1

With the start of Season 1 in Call of Duty Modern Warfare 2, not only Warzone 2 and DMZ mode will be released on November 16, 2022, but also Battlepass. We’ll tell you how the Battlepass works and what you can expect.

Here’s what’s going on: Season 1 of Modern Warfare 2 starts on November 16 and brings with it quite a few innovations. The biggest of these is the launch of Warzone 2.0 and DMZ, as well as the Battlepass. There is now an announcement trailer that explains how the pass actually works and what kind of content you can expect.

This is the Season 1 Battlepass from Modern Warfare 2 and Warzone 2.

On Twitter, user @CODWarfareForum posted a video that officially introduces the Battlepass from Season 1. It not only explains how the Season Pass actually works but also what rewards await you:

How the Battlepass Works in MW2 and WZ2

The Battlepass works differently in Modern Warfare 2 and Warzone 2 than you know it from other games. Here you will see a map that is divided into different zones. Each zone offers you 5 rewards that you have to unlock to get to the next adjacent zone. This is how you keep advancing on the Battlepass map.

Through challenges and normal gameplay, you earn Battle Tokens that you can use to unlock the rewards of each zone. You are free to choose which path you take on the map and which adjacent zones are unlocked next. You can still complete all zones at 100% and not leave anything behind. On the contrary, you’ll unlock more rewards if you play through the Battlepass completely.

These are the Rewards in Season 1 Battlepass

The Battlepass trailer already teases some of the rewards that the Battlepass will offer you. In Season 1, that’s over 100 rewards. However, we don’t have details on what exactly you’ll be able to unlock, but we will tell you what kind of rewards there are. As soon as we know more, however, we will update the rewards.