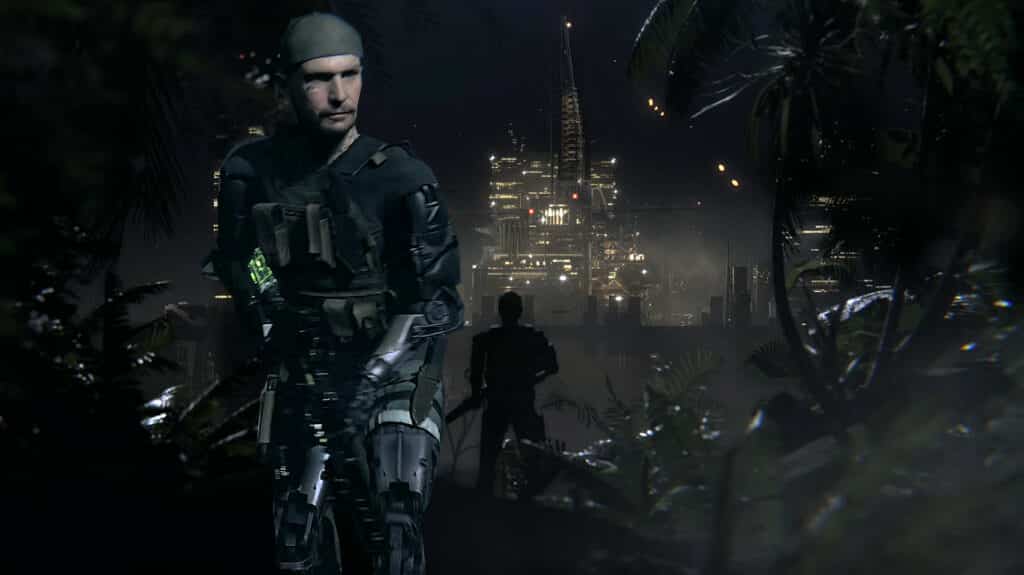 OTG: Is Cyberpunk 2077 Getting a Battle Royale Sister Soon?

AAA Budget, Hollywood Director: OTG aka Off The Grid is an upcoming next-gen battle royale set in a cyberpunk world. And it does something very different from the competition.

OTG brings out the heavy artillery: Gunzilla Games has big plans with OTG, because the battle royale shooter with a cyberpunk setting is intended to advance the development of the genre. The studio not only has a big AAA budget behind it but also works with Hollywood director Neill Blomkamp (Disctrict 9).

And with that, the cat’s head is out of the bag: OTG doesn’t rely solely on its third-person sci-fi combat. No, the former Assassin’s Creed and Far Cry developers want the game progress to depend heavily on the development of the story. We have summarized what else there is to know about the cyberpunk shooter below.

Game world with a life of its own: While Gunzilla has largely kept a low profile about the story about a tropical cyberpunk island, filmmaker and story chief Neill Blomkamp put on record a rough outline of OTG:

“With OTG, we aim not only to create Battle Royale 2.0 by adding deep player progression, but also to create an evolving world that takes on a life of its own and changes in unexpected ways every time a player re-enters the game. With an innovative approach to the core Battle Royale flow […] we give meaning to every element of the game and allow players to revisit the OTG world over and over again. […]”

150 opponents with freedom of choice: 150 players fight against each other in either PvP or PvE mode with story missions, with the modes sharing a map. The missions include assassination orders as well as acts of sabotage. It should be possible to influence the course of the “hard” story by making decisions, and also by choosing a faction affiliation. This is intended to change the gameplay for all players. Gunzilla has not yet revealed exactly what that should look like.

Craft, personalize: The core of OTG and its story is the “unique way” in which players can craft, personalize or trade things. A vague statement that – like the first teaser trailer above – suggests that the shooter still has a long way to go. The word “base building” has not yet been mentioned.

The PC, PlayStation 5, and Xbox Series X/S are planned as release platforms for OTG. Nothing is known about the release date yet.

What do you think, could OTG be the next big hit in the cyberpunk segment? Let us know in the comments or discuss it with the community on our socials: