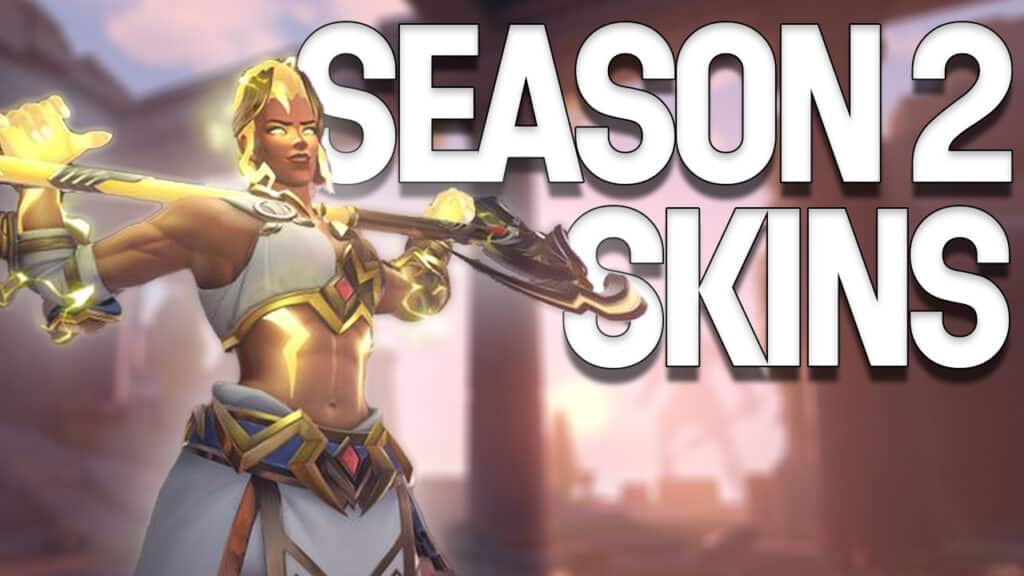 Season 2 of Overwatch 2 will start soon and a lot of new skins and cosmetics were shown in a trailer. In this article, we will show you which skins you can expect in Season 2.

What is it about? On December 6, Season 2 of Overwatch 2 will be released and will bring a lot of new content. Besides a completely new hero, a time-limited new game mode, and a lot of divine skins, you can expect some events that unlock special skins. In this article, we’ll focus on all the new cosmetic skins for your heroes.

These are the new Skins, Poses & Co. in Season 2 of Overwatch 2

The new season brings with it many new skins. Some of them are part of Greek mythology and others are only available for certain events, like Winter Wonderland 2022 or Lunar New Year. We present you the skins in detail.

Skins from Greek Mythology await you in Overwatch 2

A large part of Season 2 deals with Greek mythology. Therefore, there are currently seven new skins that reflect parts of the stories of the gods of Olympus.

Here we have compiled a list of characters that will receive a skin from Greek mythology:

Ramattra is a completely new hero, who will find his way into the game starting with Season 2. There were already three new heroes at the release of Overwatch 2.

Many more new Skins coming in Season 2 of Overwatch 2

Additionally, some new skins for other heroes were also spotted in the trailer. Some of the skins will be unlocked at certain events. For example, Bastion’s Gingerbread skin is part of the Winter Wonderlands event from December 16 to January 4. Mei’s new skin, on the other hand, is part of the Lunar New Year event from January 17 to February 06.

These heroes will each get a new skin in Season 2:

In the latest trailer for Season 2, you can see all the skins in action.