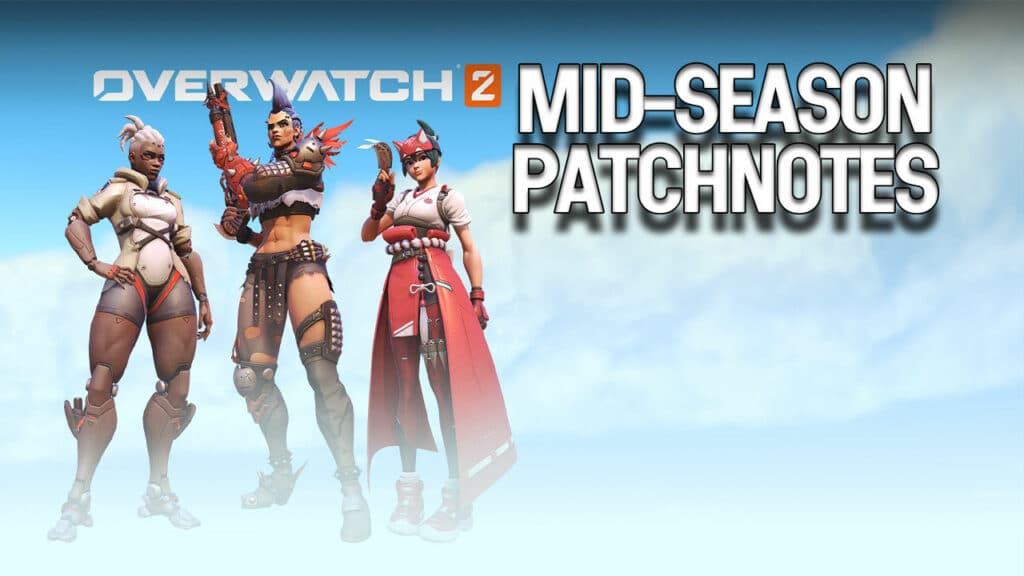 The mid-season patch for Overwatch 2 is here and adds a few new systems that fall into the QoL range. Many heroes have also received balance adjustments. We have all the patch notes for you!

This is the Mid-Season Patch in Overwatch 2

The mid-season patch for Overwatch 2 from November 17, 2022, is mainly about balance adjustments for the heroes. However, Blizzard also continues to monitor Competitive Play and matchmaking and further adjusts the servers so that players match with equal opponents.

Voice chat is recorded: A somewhat strange innovation is the so-called Defense Matrix. Snippets of in-game voice chat can now be recorded by Blizzard when a player is reported in the match. You will also now receive an in-game message the first time you enter a voice chat telling you that excerpts can be recorded. However, this excludes your own party chat.

The audio file is processed in writing using Speech-to-Text and then deleted. Blizzard emphasizes that the audio file will not be listened to by anyone. The text file, on the other hand, is used to prove toxic behavior of the reported players.

Aim assist for everyone! Those who play together with console players on the PC with the help of crossplay will also have the console-typical Aim-Assist from now on. This should give all players the same chance to win. The competitive game modes are excluded.

Here we have the original patch notes of the mid-season update for you: