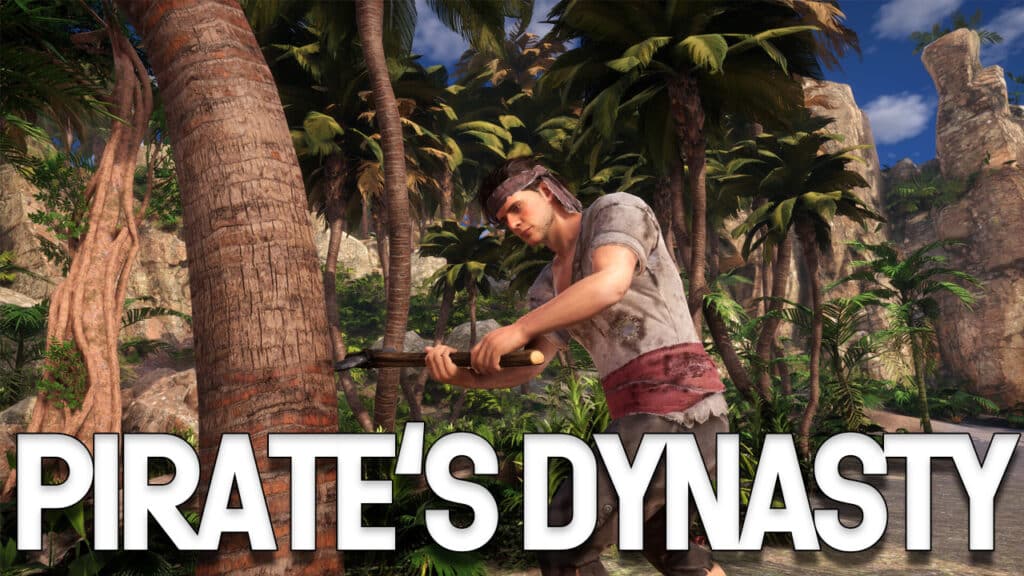 Pirate’s Dynasty: This is What You Can Expect in the New Dynasty Game

Wild West Dynasty and Sengoku Dynasty haven’t even been released yet, and publisher Toplitz Productions has already announced the next part of the series, Pirate’s Dynasty. We reveal all the details that are known so far.

What it’s about: Toplitz Productions has shown in the past that they can create quite good survival-construction games by working with various developers. One of the most famous examples is Medieval Dynasty. There you try to survive and build a village in the Middle Ages.

Two parts of the Dynasty series have already been announced for 2023. We reported about Wild West Dynasty as well as Sengoku Dynasty during gamescom 2022. Now, the next part, Pirate’s Dynasty, is already in the starting blocks. Most of the titles in the series are developed by different studios. Pirate’s Dynasty is also being produced by a new developer called Golden Hind Games.

What awaits you in Pirate’s Dynasty

A few days ago, an announcement trailer for the new part of the Dynasty series called Pirate’s Dynasty surprisingly appeared on YouTube. We took a closer look at the trailer and gathered all the important information for you and tell you what to expect in the new part of the series.

Explore and Survive in a Tropical World

Everything starts in a tropical world in the South Seas. Interestingly, each new run offers you and your crew a completely new map, as it is procedurally generated.

So you’ll be stranded with some survivors after your ship capsizes and try to survive together and explore the seemingly deserted island. As usual for the Dynasty series, the objective is to first build a shelter and then expand your pirate base bit by bit until it becomes a settlement or even a pirate city. In doing so, you’ll have to brave different dangers. No matter if on land or on rough seas.

Presumably Pirate’s Dynasty, like Wild West Dynasty, will be less realistic and more about the fantasy clichés of the bloodthirsty pirate. So far, Medieval Dynasty in particular has stood out for its strong survival mechanics and realistic approach to the corresponding era. So we can be curious.

Fight Side by Side with your Friends

The special thing about Pirate’s Dynasty is that you won’t have to try to survive alone. If you want, you can also use the game’s co-op function and play, survive and go on raids together with your friends.

To what extent the co-op mode will affect the cooperation with your friends, we’ll see. For example, will you create a crew for you and your friends, or will you each create your own? We also don’t yet know for sure if it will be possible to fight in PvP.

Ship Battle on the High Seas in Pirate’s Dynasty

Another ingenious feature is the ship combat. Not much is known about it yet. According to some comments, a battle on the open sea is desired. If you can trust the Steam page for Pirate’s Dynasty, there is at least talk of a “battle at sea”. So we’ll keep our fingers crossed that we can really fight merchants and warships in an open sea world. In addition, you can also modify your ship and improve countless options.

It is still unknown whether you will steer a ship together, similar to Sea of Thieves, or if you will each steer your own ship and form a fleet together. If you can control a ship together, modify your ship and build a base, then Pirate’s Dynasty has the potential to make up for the missing features of Skull and Bones or Sea of Thieves. But hopefully, we’ll find out more about that soon.

When will Pirate’s Dynasty be released?

So far, you can only find a rough orientation for the release. Sometime in the 3rd quarter of 2023, it should be so far that you and your friends can travel the seven seas. Whether this date can be kept, or whether the release will be postponed until the 4th quarter, is not yet clear. Until then, however, we still have two promising parts of the Dynasty series to look forward to, Wild West and Sengoku.

You want to join our community and discuss about Pirate’s Dynasty ? Then join our Discord server or visit us on Facebook, we are looking forward to you!