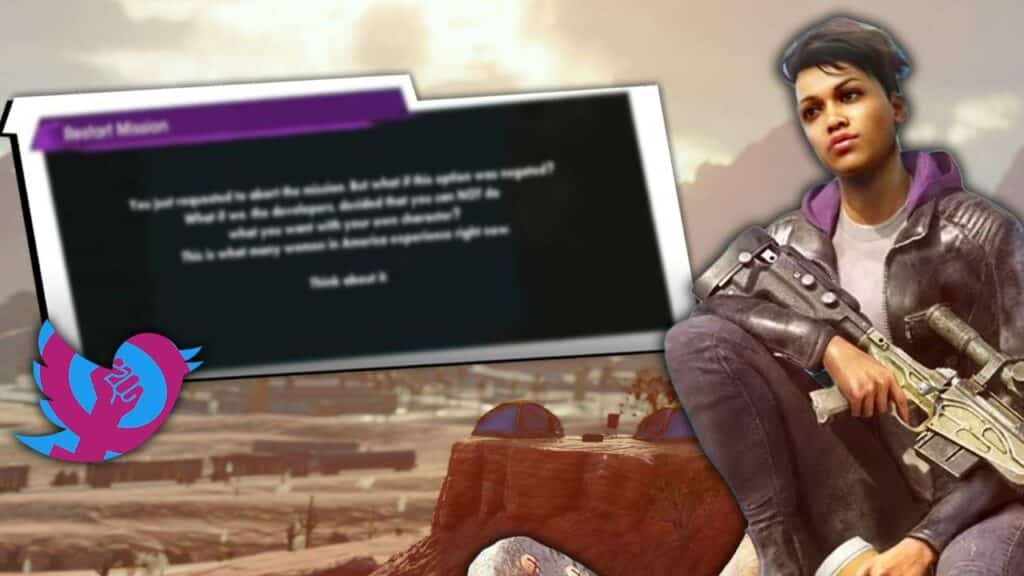 The new Saints Row has just been released and already there is a hot controversy on Twitter: A user’s fake post enrages the entire Twitter community and turns fans against the developer: The reason is women’s rights.

What’s going on? A debate about women’s rights erupted on Twitter just an hour after the release of Saints Row (2022). A user shared a fake screenshot from the game. The developer denies the authenticity, but it seems too late for that. What’s behind the post?

Mission briefing points to women’s rights in the US – is it real?

What does the screenshot show? A few hours ago, angry fans flooded the Twitter mentions of developer Deep Silver and the official Saints Row Twitter page. The reason was a single user who manipulated a screenshot. The user apparently wanted to cancel a mission and got the following message in Saints Row:

You just requested to abort the mission. But what if this option was negated? What if we, the developers, decided that you can not do what you want with your own character?
This is what many women in America experience right now.

What do the developers have to say about it? Developer Deep Silver takes a clear position on the apparently wrong screenshot. They write the same sentence under most of the reposts in their feed:

However, the hot-blooded Internet community has been too quick to jump up to 180 and is now blowing off steam on Twitter. More and more posts with the screenshot appear, and again and again the developers write that this is a fake.

Was playing through my Saints Row review copy and recieved this? WTF ! @SaintsRow pic.twitter.com/CYYu2m0ykA