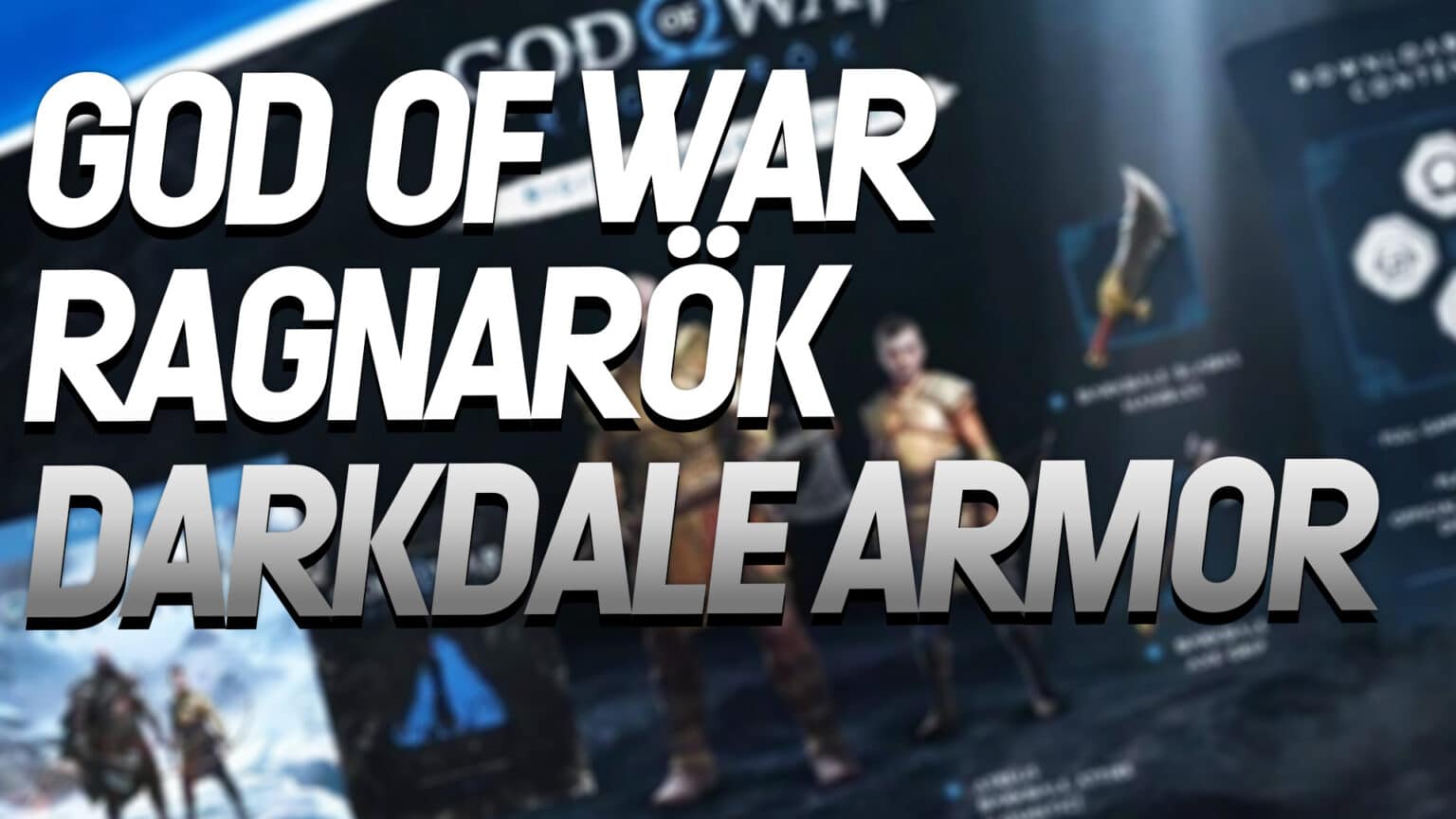 God of War Ragnarök: How to get Darkdale Armor

The Deluxe Edition of the recently released God of War Ragnarök was very popular in terms of sales. If you miss your Deluxe Edition bonuses and the Darkdale Armor, you’ve come to the right place.

What is a deluxe edition? When it comes to games, a deluxe edition is often understood to mean a larger, more expensive edition of the game. Unlike the popular Collectors Editions, you usually only get digital extras here, which is why most Deluxe Editions can also be found as Digital Deluxe Editions. It’s the same with God of War Ragnarök. In addition to the already mentioned Darkdale Armor, you also get bonuses in the game and a digital art book.

How to get Darkdale Armor in God of War Ragnarök

First, you’ll need to locate your codes for the additional content, depending on how you acquired the game. A physical version of God of War Ragnarök typically has the codes printed on small pieces of paper inside the sleeve. However, they are also possible on the case as stickers or even sent to you by email. So once you’ve found your codes, you still need to activate them.

If you start God of War Ragnarök now, you will notice that you cannot find your content in the inventory. This is because you must have completed the first mission in the game. Then you must make your way to the Huldra brothers Sindri and Brok. If you talk to the two blacksmiths, you will also get your Darkdale Armor and the other in-game bonuses.

All content from the God of War Ragnarök Digital Deluxe Edition

If you pre-ordered the game, you automatically also got the Risen Snow Armor for Kratos and the Risen Snow Skin for Atreus. These bonuses do not require you to enter a code. You must look for the blacksmith brothers Sindri and Brok and have their hand over your armor. You can pick it up at the blue-colored chest beside their smithing table.

What do you think of the two armors for Kratos? Would you have liked more content for the Digital Deluxe Edition? Do let us know in the comments!

Do you want to join our community and discuss God of War? Then join our new Discord server. We are looking forward to seeing you there!