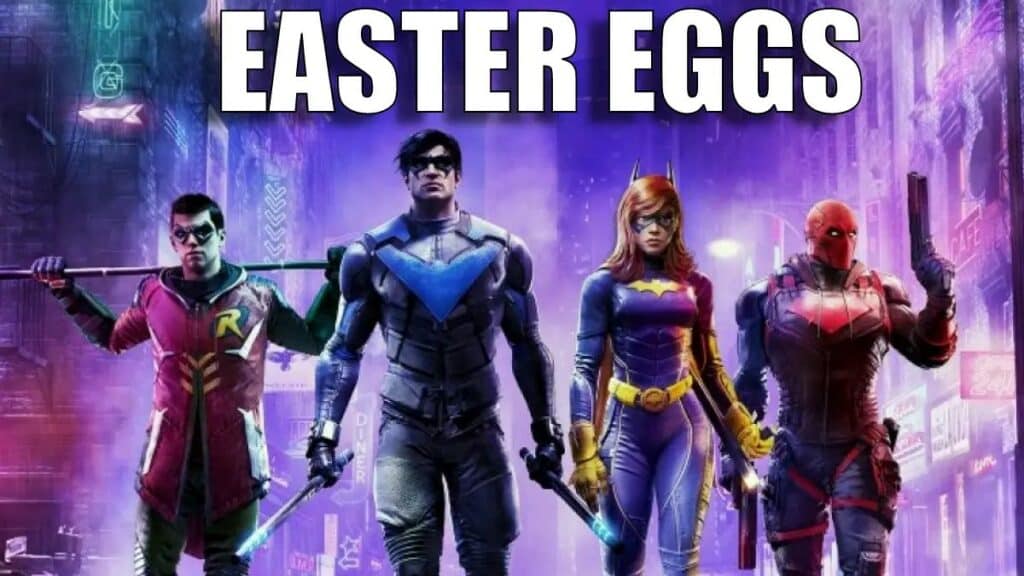 The new game from Warner Bros. Gotham Knights has been on the market for less than a week and the first Easter Eggs have already appeared. In the action adventure, DC heroes Robin, Batgirl, Nightwing and Red Hood step into Batman’s shoes to protect Gotham City after the world’s most popular bat dies in the process.

It is now impossible to imagine the media landscape without Easter Eggs. Whether in video games, movies or other media, fans are always happy about good Easter Eggs! These are usually references or special features to something outside of the game or movie. Such is the case with Gotham Knights. Since the game is still very new, many more Easter Eggs will surely be found soon. Nevertheless, we have already summarized the first five Easter Eggs for you.

1. The shield of the Big Brute and Harley Quinn

As already announced, Harley Quinn will play her very personal role in Gotham Knights. What exactly this will look like is not quite clear yet, but one thing we already know: Harley Quinn will represent one of the bigger boss fights. Another clue might be the sign of Big Brute, because on it you can find the writing “Harley was here” together with a Batman symbol crossed out with red paint.

The story of Dr. Kirk Langstrom is sad and not known to all. In his research on a serum that would enhance human senses, the scientist got far more than he bargained for. He mutated into a hybrid consisting of a human and a bat and became one of Batman’s adversaries. In Gotham Knights you can look around his lab and find clues to his research, namely a small poster about the flight cycles of a bat.

“Tip from our author: Check out our other Gotham Knights Guide to find all hidden pages of the historia strigidae!” 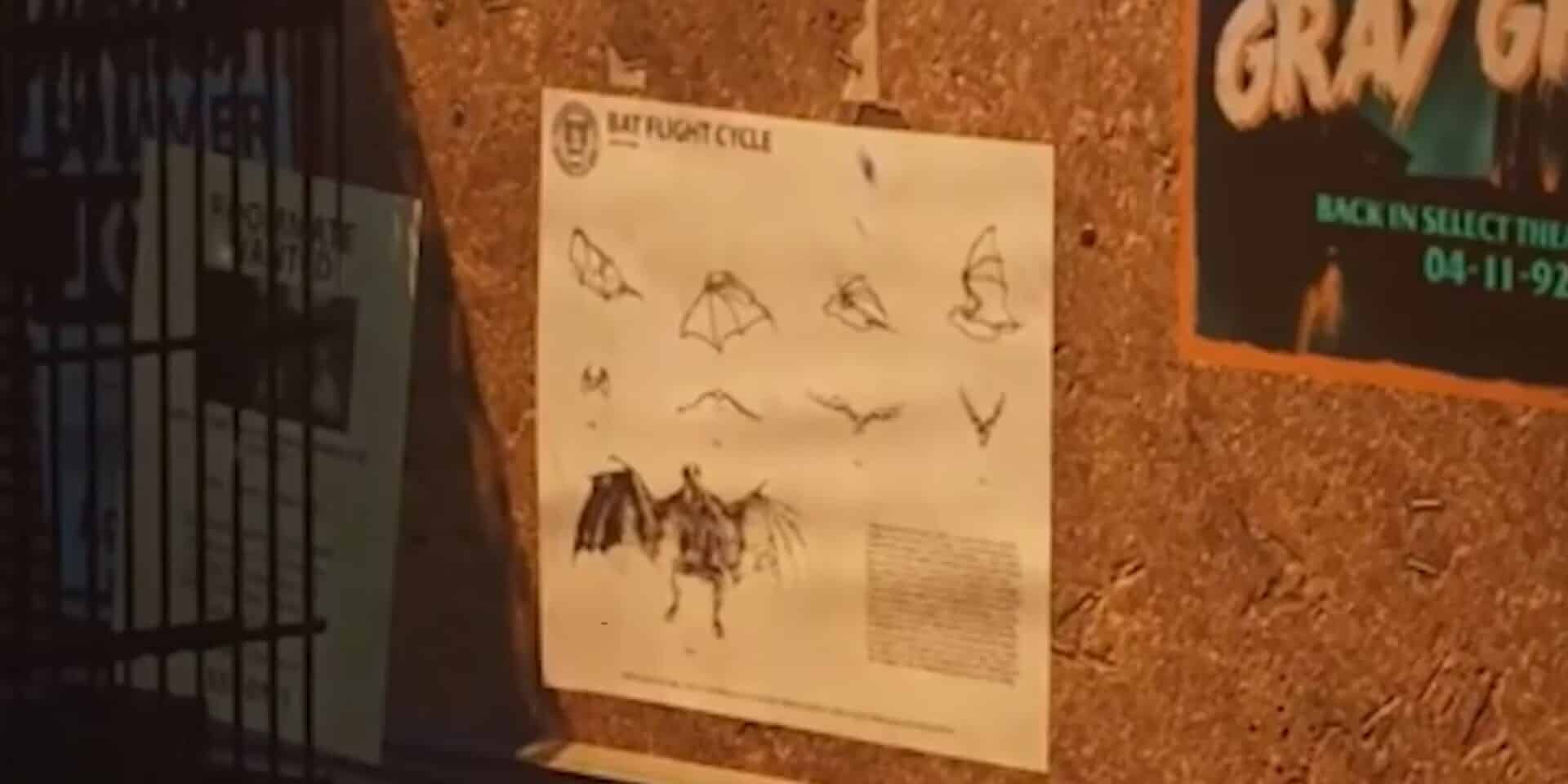 3. Another poster in Dr. Langstrom’s lab

“The Gray Ghost, Back in Select Theaters 4-11-92.” This inscription is on a poster you will also find in Dr. Kirk Langstrom’s lab. The Gray Ghost is known from the episode “Beware the Gray Ghost” from the series “Batman: The Animated Series” and was famously Batman’s childhood hero. From a young age, Bruce Wayne looked up to the TV character and was even later supported by him in his efforts to protect Gotham City. This poster is one of the most beautiful Easter Eggs in the game and a dedication to the animated series. 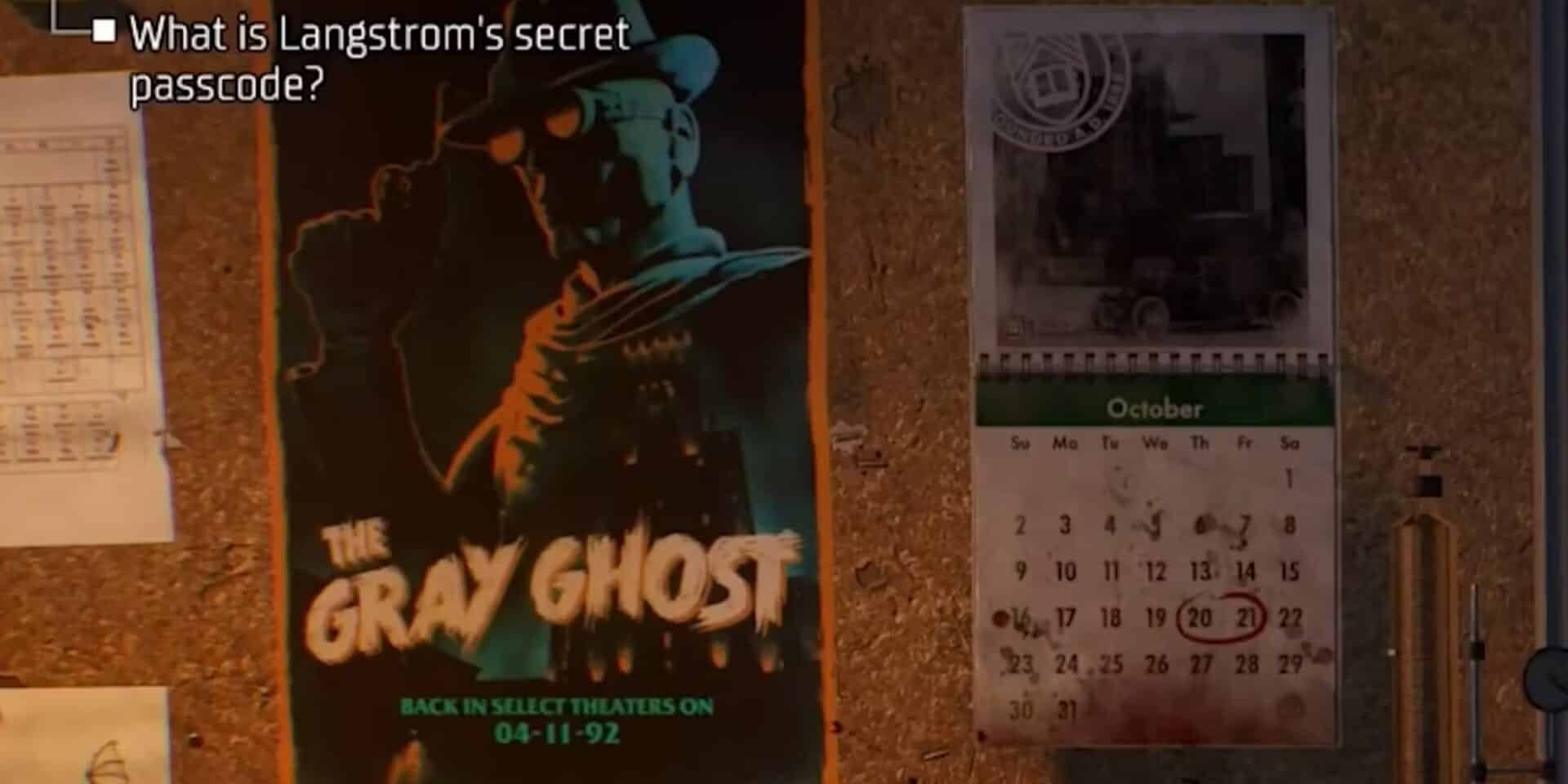 4. The Court of Owls

The Talons, henchmen and assassins of the Court of Owls, are familiar to any Batman fan. In Gotham Nights there are references to this secret political group that operates from the unknown and regularly causes fear and terror in Gotham City. For example, in the game you’ll find large and noble paintings depicting owls. A clear indication, because the leaders of the Court of Owls are known for always wearing their owl masks. 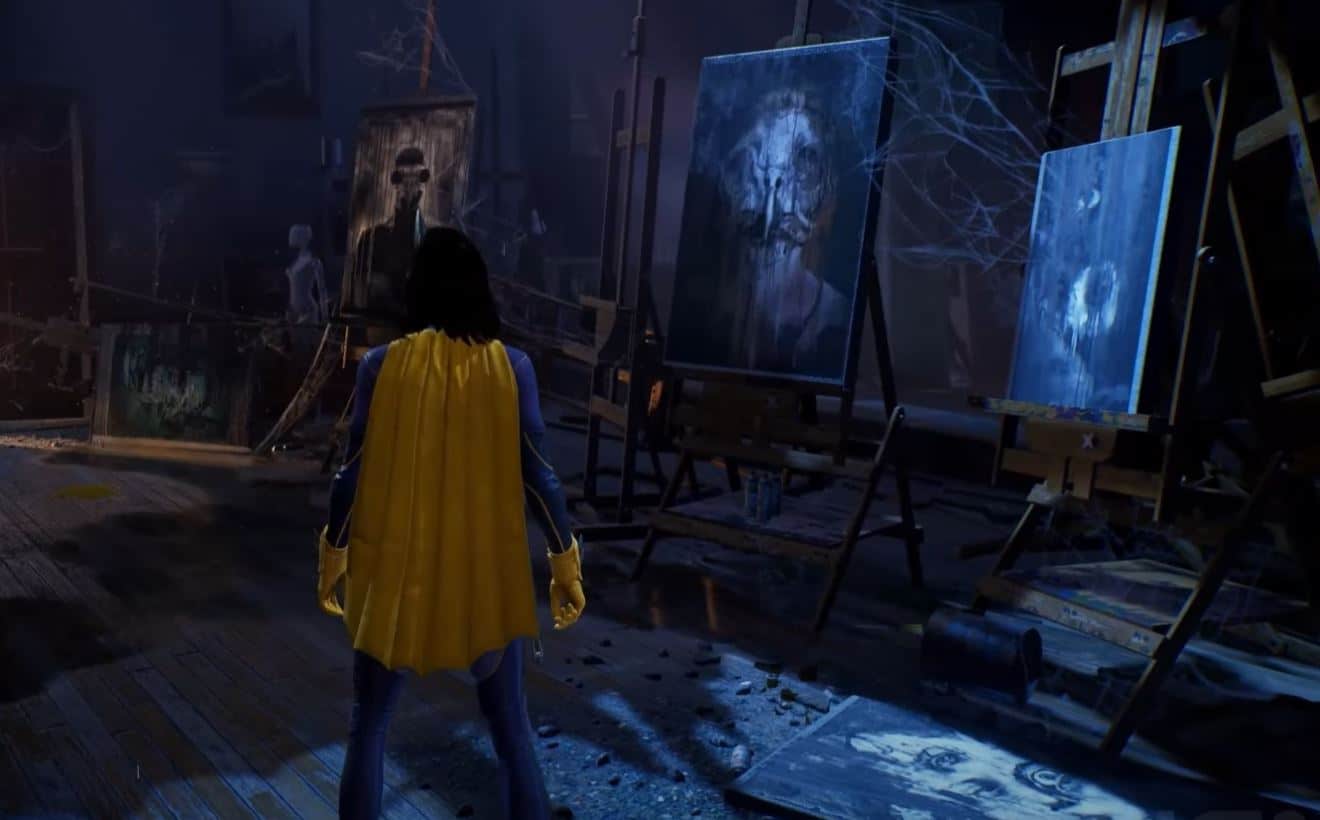 5. Wonder Woman apron in the kitchen

Batman and Wonder Woman – we’ll just leave it at that. If you’re halfway familiar with the Justice League, you probably won’t be surprised to find an apron with Wonder Woman’s symbol in the Batman family headquarters in Gotham Knights.

That’s already it with this guide. We hope we were able to help you. If there are still any doubts (or we missed something), please contact us in Discord! We invite you to join Discord and our social media channels via Linktr.ee and look forward to your company.