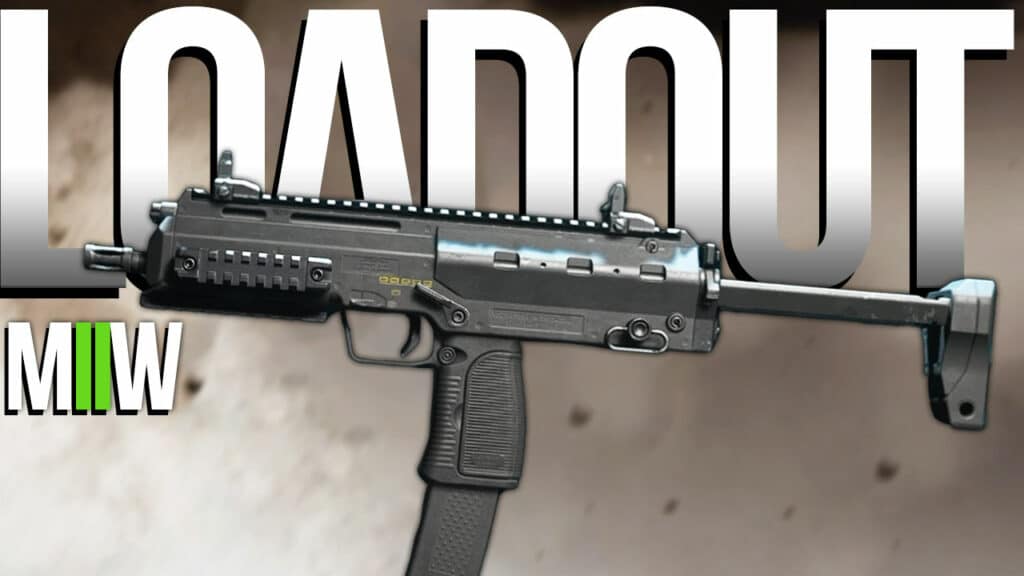 In Modern Warfare 2, the VEL 46 (MP7) is a beast in terms of close combat and aggressive play style, and we’ve put together the best loadout for you to maximize your skill with it. In this weapon loadout guide, we’ll also show you which Perks, Sidearm & Gadgtes you should pick up for the VEL 46.

This is the VEL 46: The MP7 known as the Vel 46 is just the right weapon for players who pursue an aggressive play style and like to fight on the front line. In our guide, we will show you two loadouts, one for the aforementioned playstyle and one for medium distances. We also present the best perks, grenades and field upgrades.

With the 30-round magazine and the VEL A-568 stock, we guarantee that you can move as fast as possible and go from sprinting to firing as quickly as possible. With the Point-G3p laser and the Operator Foregrip, you’ll improve your hip firing dramatically. Both recoil and accuracy increase with the two attachments.

Perks & Equipment for the VEL 46 Loadout in MW2

Modern Warfare 2 has countless perks and mal perk packs that you can choose from for a quick start. However, for this VEL 46 Loadout, one pre-made perk pack is not enough and you should adopt our choice — at least keep it similar.

With the Scavenger perk, you can always have enough ammo and not have your supply shot out within a few contacts. Speaking of contact: Tracker allows you to track your enemies thanks to visible footprints and thus surprise them. With the bonus perk Fast Fingers, you’ll also be able to change magazines even faster, so the 10 fewer rounds in your mag will hardly be noticeable!

Finally, the VEL 46 Loadout includes the Ultimate perk Quick Fix, which gives you health for every enemy you kill, so you’re constantly patched up, and your HP regeneration is boosted. With the total package, you have by far the best VEL 46 Loadout in Modern Warfare 2 for aggressive play.

Which Field Upgrade, Tactical and Explosive Grenade should you choose?

The grenades we have chosen here are the Semtex and the Stun grenade. With the Stun, you can quickly clear spots in Domination if they are in buildings. You can also use it to storm a house. Admittedly, we had a hard time deciding between the stun grenade and the stim (healing).

As a field upgrade for this loadout of the VEL 46 in MW2 nothing comes into question except for Deadly Silence. The Deadly Silence upgrade ensures that no one can hear your footsteps. It’s made even better by the fact that your kills keep extending the duration of Totenstill — perfect for this build.

The best Secondary Gun for the VEL 46 in MW2

Secondary weapons aren’t as relevant in Modern Warfare 2’s multiplayer as they are in Warzone or DMZ, but they can save your butt in dangerous situations. If your shotgun is empty or the reload time of your sniper is too long, you will be glad to have a good secondary weapon for your VEL 46 (MP7):

Which secondary weapon should you choose? There are two different weapons we can recommend you: First, you can choose the 50th GS (Desert Eagle) to be able to fight at higher distances. Optionally, the X13 Auto is also great to play with as a second quasi-MP. This way you have two rapid-fire ballers in your pocket.