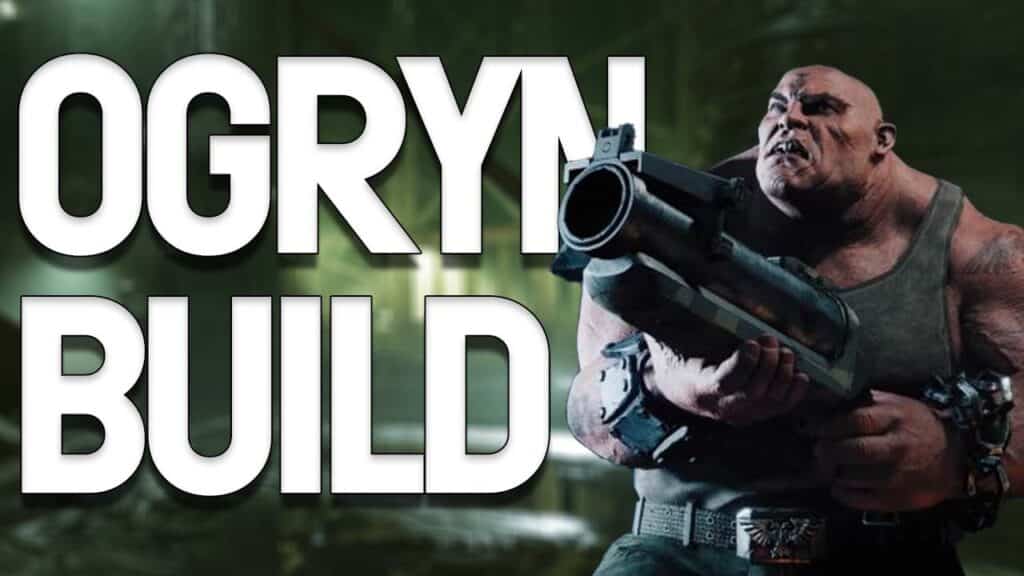 Warhammer 40k Darktide: The Best Build for the Ogryn Class

The Ogryn is one of the four playable classes in Warhammer 40k: Darktide and we present you the best build if you want to overrun your enemies as an Ogryn. We’ll show you the best build for leveling up and a selection of weapons that we recommend.

What it’s about: We have already shown you the best build for the Zealot class. Today we’ll introduce you to the Ogryn class and tell you which build is the best for the endgame and for leveling. We also present our selection of weapons that best suit the Ogryn.

As Ogryn – the tank in Darktide – you’ll mercilessly run over your opponents. Do you fancy the big guns and want to take a lot of damage? Then the Ogryn is just the thing for you. You don’t want to mess with this big muscle mountain-made flesh. This build is designed to make your opponents bleed and deal a lot of damage in melee.

The Ogryn Class at a Glance

Before we show you the best build for the endgame, let’s take a closer look at the class and its abilities.

Class Ability – Bull Rush: You charge forward and push your enemies back, gaining 25% attack speed and 25% movement speed for 5 seconds.

Iconic Abilities: Each class in Darktide has three iconic abilities. For the Ogryn, these are as follows:

Aura Ability – Intimitating Prescence: The Aura Ability mostly helps you and your party. You and the players near you deal 10% more heavy melee damage.

But now we finally want to present you the best endgame build for the Orgyn. You have a total of 6 skills that you can distribute. Starting at level 5, you unlock three new abilities at every fifth level. However, you can only choose one of them at a time. We’ll tell you which ones are best suited for the endgame. This is the best Ogryn build for the Endgame.

The Best Playstyle for the Ogryn Class

As an Ogryn, there are a few things you should keep in mind. We have highlighted the points that make the Ogryn the best to play. If you want to find out if the Ogryn is right for you, you can read our class overview. There you will find all the advantages and disadvantages of the classes.

Here is some basic information that will help you play the Ogryn:

These are the Best Weapons for the Ogryn Class in Warhammer 40k: Darktide

To complete your experience as a tank, we’ll give you a brief overview of the best weapons for the Ogryn class. You should already know the meaning of all weapon attributes, values, and perks.

Best Melee Weapons: The Ogryn convinces with its hard-hitting power in close combat Therefore, especially the melee weapons are crucial. We have already compiled a list of all weapons for you. In our opinion, the best melee weapons are the following:

Best Ranged Weapons: To be honest, all ranged weapons that the Ogryn can play are good. Still, we’ve picked out two that we think fit the bill particularly well: