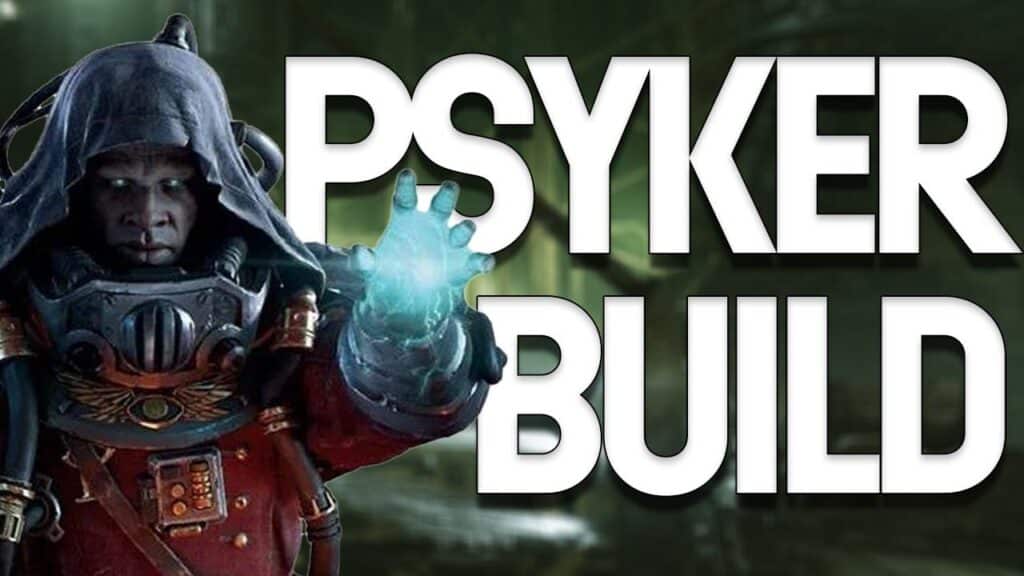 Warhammer 40k Darktide: The Best Build for the Psyker Class

One of the four classes in Warhammer 40k: Darktide is the Psyker class, and we present you the best build if you want to play as a Psyker. We’ll show you the best build for leveling and a selection of weapons we recommend, in addition to the endgame build.

What it’s about: We have already shown you the best build for the Ogryn class. Today we’ll take a closer look at the Psyker class and show you which build is the best for the endgame and for leveling. We also present our selection of weapons that best suit the Psyker.

As Psyker – the sci-fi mage in Darktide – you’ll play both in ranged and melee combat. Special is his special ability that allows you to make your opponents’ brains boil and their heads burst.

The Psyker Class at a Glance

Before we show you the best build for the endgame, we’ll briefly introduce you to the class and its abilities.

Class Ability – Psykinetic’s Wrath: Each class has a main ability. With the Psyker, your peril level is reset and the enemies in front of you start staggering.

Iconic Abilities: The Psyker has only two iconic abilities. For the Psyker, these are as follows:

Aura Ability – Kinetic Presence: The Aura Ability mostly helps you and your party. Players near you deal 10% more damage against elite enemies.

Special Ability – Brain Burst: The Psyker has the ability to target heads and deal a lot of damage. If you can do this long enough, even the enemy’s head can burst.

Now that we have clarified the details of the Psyker class, we will present you with the best build for the Psyker in the endgame. You have a total of 6 abilities that you can distribute. Starting at level 5, you unlock a new ability every fifth level.

These are the Best Weapons for the Psyker Class in Warhammer 40k: Darktide

To make your Psyker experience complete, we’ll give you a brief overview of the best weapons for the Psyker class. You should already know the meaning of all weapon attributes, values, and perks. And we have already compiled a list of all weapons for you.

Unlike the other builds, we recommend exactly one loadout for the Psyker, because both weapons are well-matched for ranged and melee combat and harmonize perfectly with the builds.