The female Twitch streamer MissBehavin, who bared her private parts live in front of the cam, now only gets a 3-day ban & is still a Twitch partner. Others, however, are permanently excluded for much less!

What happened? Yesterday something happened on the live-streaming platform Twitch that is driving the community mad. A Twitch streamer turned her bum to the camera, deliberately exposing everything there was between her legs. Twitch reacts calmly and bans the streamer for a ridiculous 3 days.

Why MissBehavin Ban is Laughably Short

That’s why fans are disgusted: After the female streamer, MissBehavinOfficial was banned because she literally stripped in front of the webcam, this ban was lifted a few hours ago, after 3 days, 23 minutes and 25 seconds (source: Streamer-Bans) 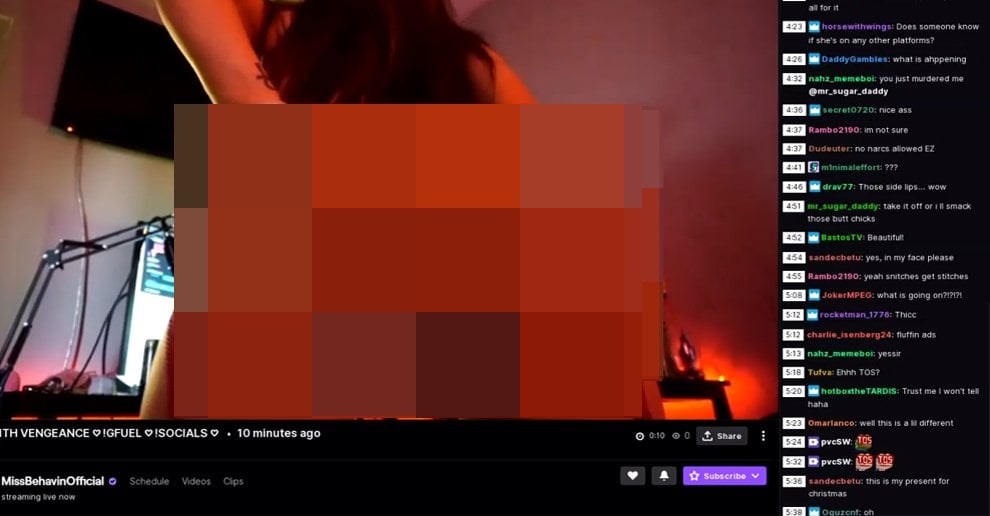 This is currently happening: As was to be expected, word got around quickly about the strip-clip. Ultimately, this means that MissBehavin collects more followers in a short period of time than she previously had. According to Twitch statistics on socialblade.com, she was previously barely able to generate new followers, but she has gained thousands in the last few days. 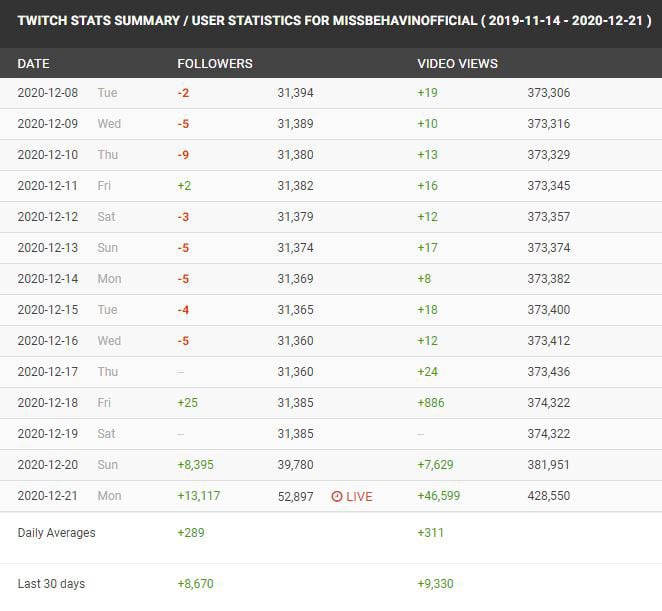 Before the clip became known and before all the media turmoil, she had around 31,000 followers. Now it’s close to 53,000 and it’s still going up. For MissBehavin a “complete success”. However, we do not recommend imitation!

Here’s what we think: While Twitch boasted just a few weeks ago that it introduced new ban guidelines, we’re both disgusted and amused. Amused because the focus of the guidelines is completely wrong. Insults like:

Not banned words are:

How such a faux-pas can happen to Twitch is incomprehensible to us. Now that the streamer showing her best parts on Twitch is unbanned again, she can continue to demand money from Simps – that’s what I said.