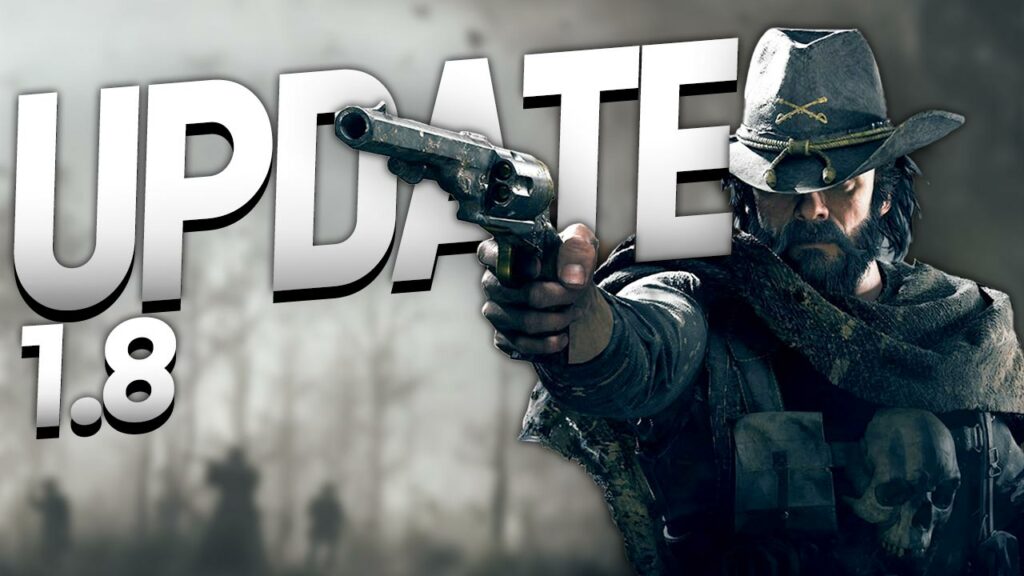 Hunt Showdown gets one of the biggest content patches so far with the latest update 1.8. In the patch notes of the 13 gigabyte update are two new weapons, countless map adjustments and much, much more.

Finally, there is a new update for the horror shooter Hunt Showdown. With a download size of 13 gigabytes, this is certainly one of the most powerful patches for Hunt so far. New features are mainly the two weapons, one of which seems a bit too strong. But here is an overview:

Hunt Showdown Update 1.8: This is in the patch notes

When is the update coming? The latest Hunt Showdown Update 1.8 is already available. You can currently play it on the Steam (Pc) and Xbox test servers. All you have to do is download the test server client.

New weapons & variants in the update

These are the new variants: If you are a fan of the Berthier Mle, you can now look forward to a variant with bayonet. As a Scottfield-Ultra you can now also go into battle with a model including brass knuckles:

A new shotgun enters the bayou and cleans up in terms of style right away. The Winfield 1893 Slate is a pump-action shotgun and virtually a direct improvement on the Spectre 1882. Handling is better, rate of fire is higher, and it reloads much faster than the Spectre. In addition, with the Winfield 1893 Slate, you don’t need a bullet grubber trait because no bullets are lost during reloading.

On the other hand, the shorter barrel means that the spread of the Winfield Slate is greater. As a result, the maximum hit distance also suffers significantly.

Stats of the Winfield 1893 Slate

However, the Caldwell 92 New Army does more damage than the Officer or the Scottfield. In return, a bullet velocity is significantly lower.

Stats of the Caldwell 92 New Army 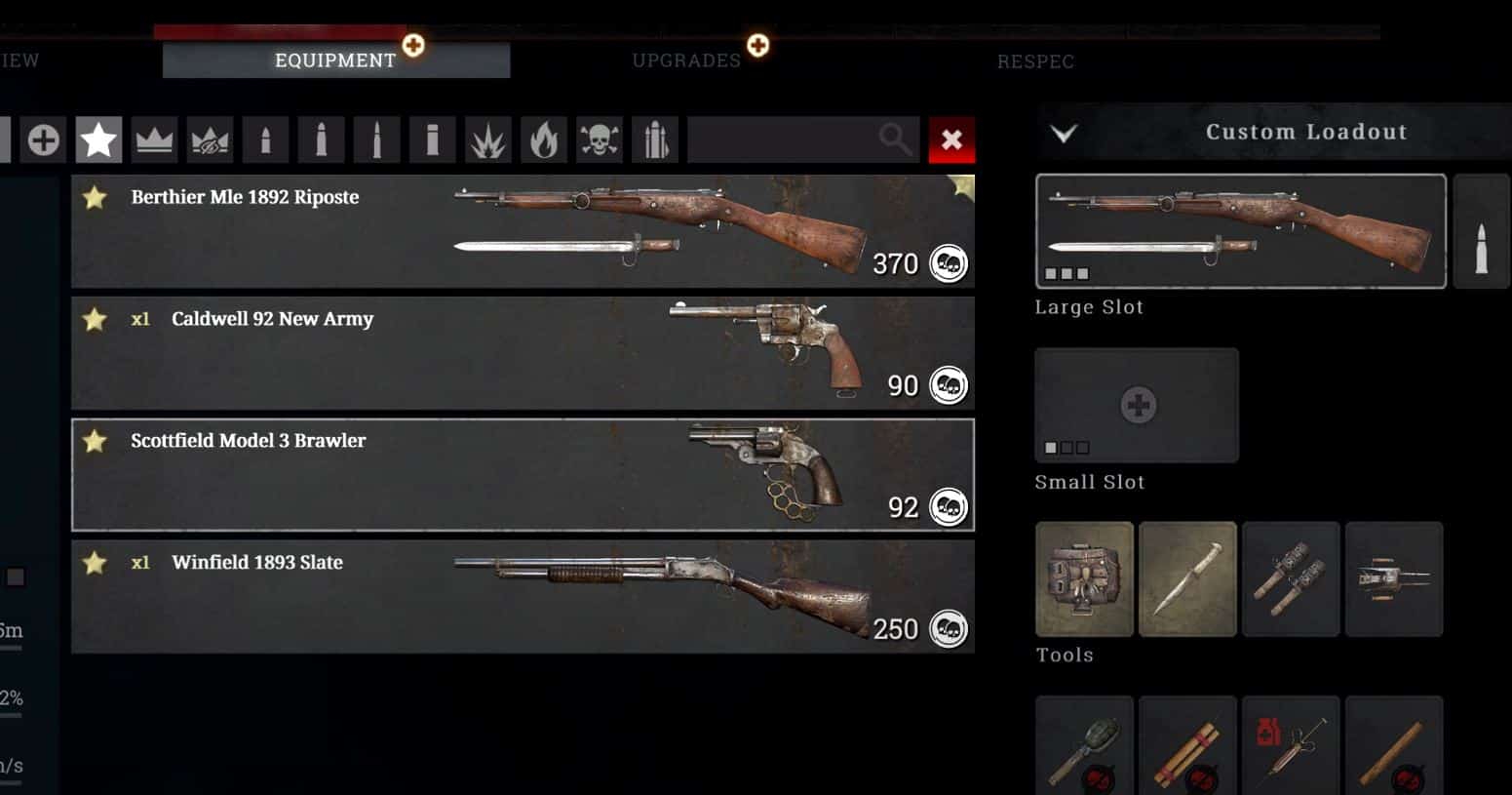 Changes to the game world in Update 1.8

With the current patch come not only new weapons and improved performance. The developers have worked on all three maps and changed them, some of them radically.

In Stillwater Bayou, you’ll find more cover at locations like Cyprus Huts. The large open lake is history. Instead, there are many wooden palisades in the now shallower water, behind which you can find cover.

In addition, Crytek reworked some shafts that led into caves, adjusted passages along large fort walls, or built new cover for various locations like Lawson Station or Blanchet Graves.

On all maps, the developers experimented with closing large areas with vegetation. In other places, however, the scrub was removed to provide a better view of compounds from the outside.

Server performance and other improvements

Since update 1.7, there have been various performance problems for many players. Fans complained primarily about the performance of the servers. Not everything seems to be running smoothly on the client-side, either. With the Hunt Showdown Update 1.8, developer Crytek wants to fix that:

Developer Crytek admits that the minor adjustments to the Steam API is not a solution for everyone. In order to ensure smooth gameplay for as many players as possible, they are now bringing back the “Leightweight Profiler Tool”. This tool is supposed to help you better spot and fix performance issues — and here’s how it works:

Now play a round of Hunt Showdown and send the two files “game.log” and “profiling/pipeline_stats.csv” to a Crytek community manager or directly to support.

Your opinion on the patch notes of Hunt Showdown Update 1.8

What do you think? Is Hunt Showdown Update 1.8 exactly what you were hoping for, or are you wishing for something else entirely? No matter what’s on your mind, write us what you think. We also invite you to join our growing community on Discord and Facebook!