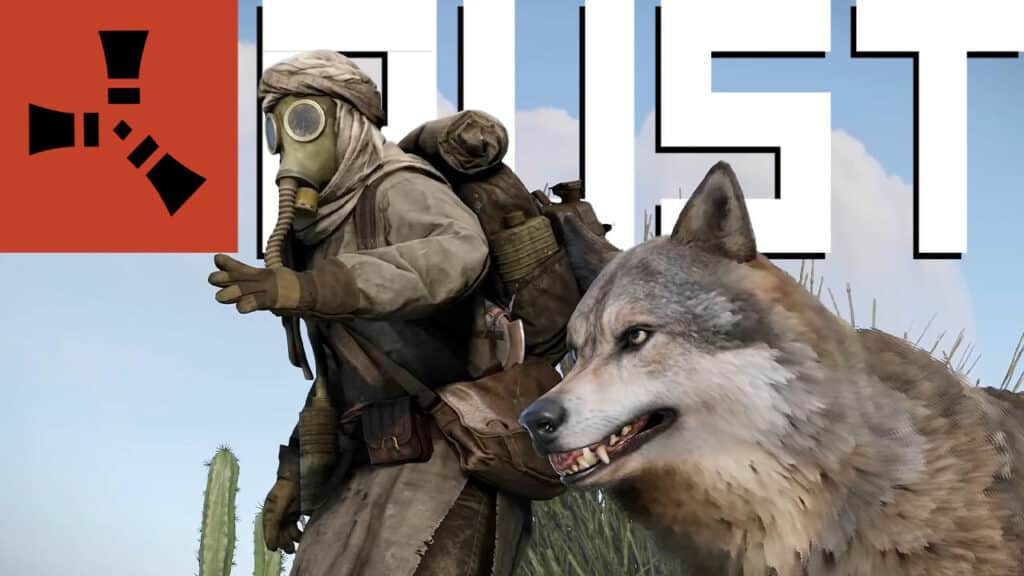 In the March update for Rust, Facepunch developers like to introduce pets, a new rail system, and zip lines. Everything we know about the update, you can find out now.

What’s planned: In the “Work in Progress” section of Facepunch’s developer website, we can already see what the team is planning next. Here we can find, among other things, the topic of pets and super-earthy trains. However, there will be many more adjustments and novelties. Guided.news now tells you what else the next Rust update will bring.

Rust gets pets based on Frankenstein and new trains

How do pets work in Rust? Basically, the idea for pets is based on the last Halloween event of 2021, where you could build your own Frankenstein. To do this, you had to place body parts on a table and activate it using electricity. With the pets, however, things are supposed to be a little different.

Instead of assembling your pet, you’ll have to tame it and make it your friend. Everything else is speculation, but it seems obvious that you can at least tame wolves. Whether there will also be pet bears, pet pigs or pet chickens is unclear.

Imagine an army of wolves or chickens joining you in a raid! Or how about House Shark Kai and his army of unstoppable House Sharks? Crazy possibilities that open up in Rust. Will there be a complete rail network soon? The next entry in the “Work in Progress” section of the website shows an interesting idea: A rail network for trains that is procedurally generated and in the best case connects all Rad Towns — sorry, “MoNuMeNtS” — with each other. The subway could also be connected there.

The developers write about this that players shouldn’t be too excited. The development team stresses that this idea could also end up in the trash. They are not quite sure whether a procedural rail network would work.

That overground trains work is shown by private servers running a custom map. Some community-built maps already feature railroads above ground. Granted, these are hand-built and not generated. With zip lines through the city? As YouTuber ShadowFrax found out, ziplines should also find their way into the game in the update. You will probably find these at the monuments and will help you to get back down quickly and easily.

But the cables of the power lines could also serve as a zipline and make traveling in the wasteland more versatile.

Other changes and new things in Rust