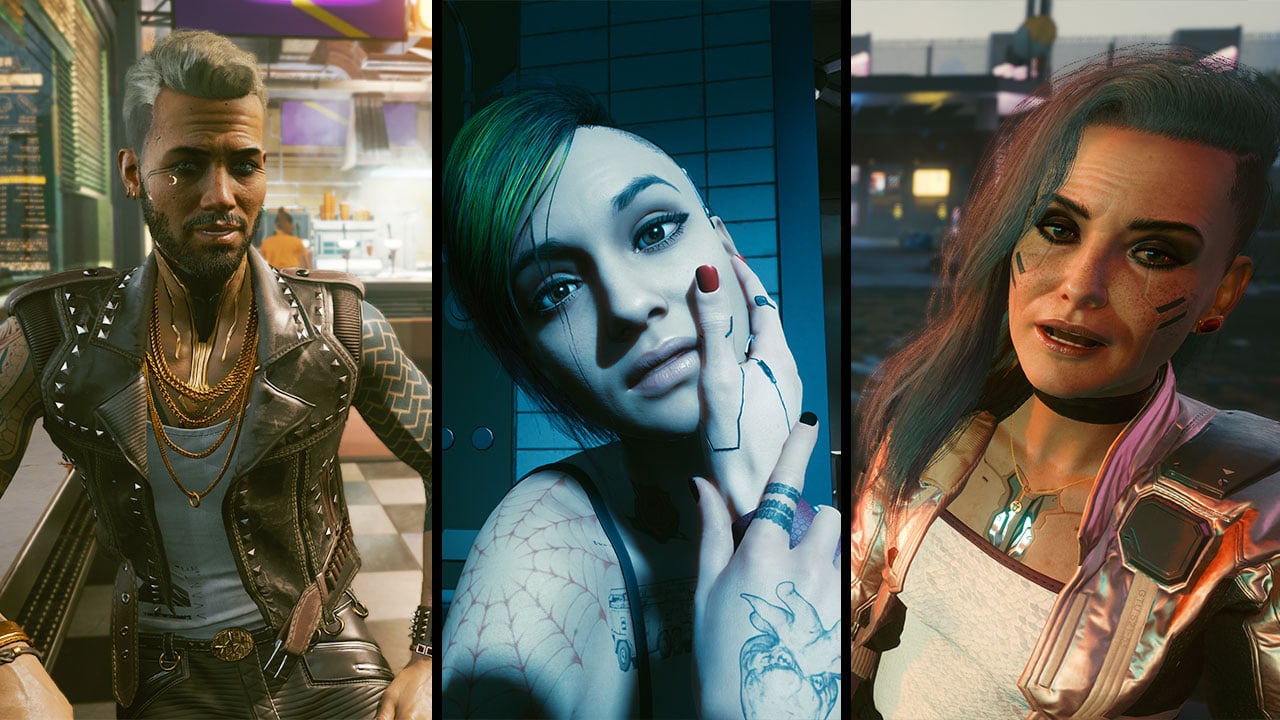 Cyberpunk 2077 is far from being all about shooting and hacking. Relationships also play a big role in the story and beyond. In this guide, you’ll learn everything you need to know about the love life in Night City.

The two most important relationship partners are undoubtedly Judy Alvarez and Panam Palmer. Depending on whether you play V as a male (for Panam Palmer) or female (for Judy Alvarez) character, you’ll be able to win over one of them in the course of several character quests.

The decision whether to enter into a relationship with one of them will affect your options at the end of the story, based on which you can finish the game.

The most important thing to get into a relationship with Judy

Here’s what you need to know: Judy Alvarez meets V very early in the story of Cyberpunk 2077. Judy is the best braindance expert in Night City and a member of the Mox gang. You’ll experience some main and side quests with her.

Judy definitely needs your attention. You should always call her when it’s required. Always keep Judy informed, don’t annoy her, and do what she asks you to do.

The most important thing to get into a relationship with Panam

Here’s what you need to know: You’ll meet Panam Palmer for the first time in Act 2. She is recommended to you by Rogue in search of Anders Hellman. You’ll complete several main and side missions with Panam.

In order for her to form a relationship with you, it’s important that you don’t give Panam obviously offensive answers. Always take her side and don’t miss any time-limited answers in which you can agree with her.

Only accessible as a male character with a male voice. Kerry is not a character that will just cross your path. You’ll have to play some of Jonny and Rogue’s side missions for this. After a mission in which you have to get the Samurai band back together, Kerry will call and ask for your help, triggering a secondary series of missions. This will later open up options for a romantic affair on the beach. 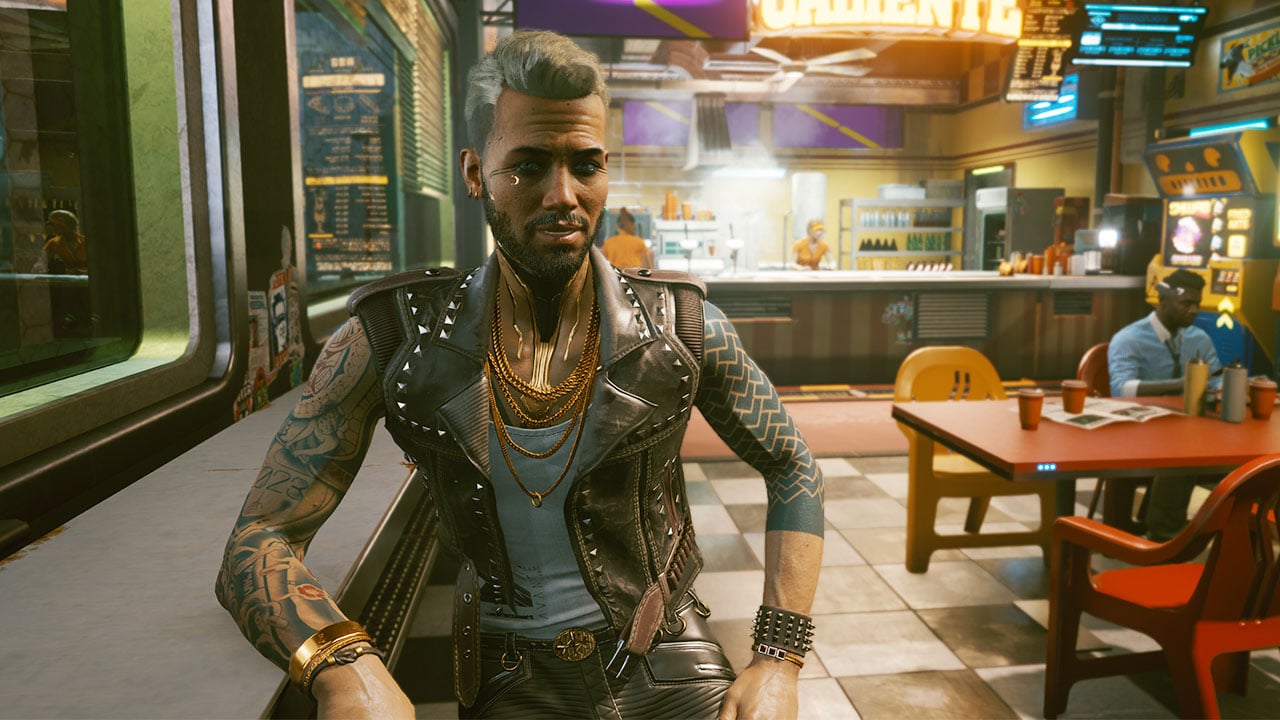 To get Meredith Strout laid, you have to make the right decision in the Maelstrom mission ‘The Pick Up’. If you use her card (with encryption still intact) to pay the Flathead, she will send you a message later, after which you can pay her a visit. She will invite you to the “No-Tell Motel.” After that, there will be a little romance to experience. 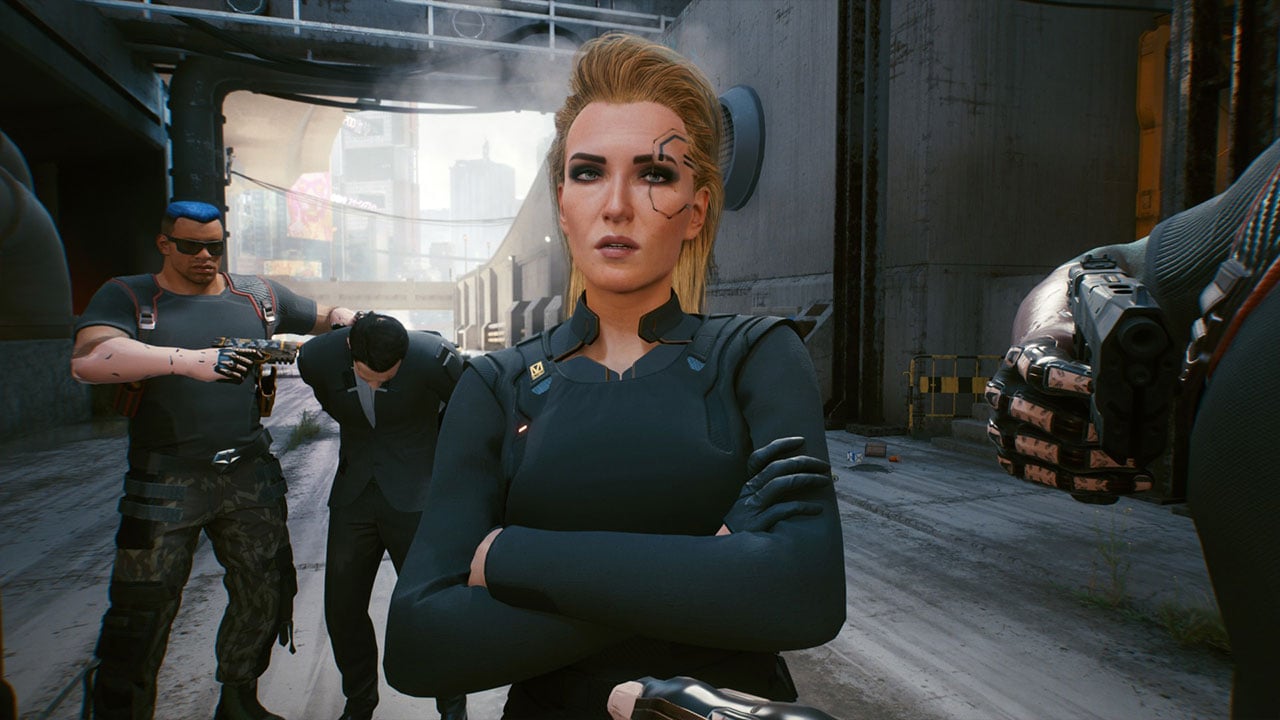 Only accessible as a female character. You’ll meet River in the side mission “I Fought the Law”. After this mission, he entrusts you with finding his missing nephew in the mission “The Hunt”. At the end of this mission, “I Follow the River” starts the task that could end in a romance with River. 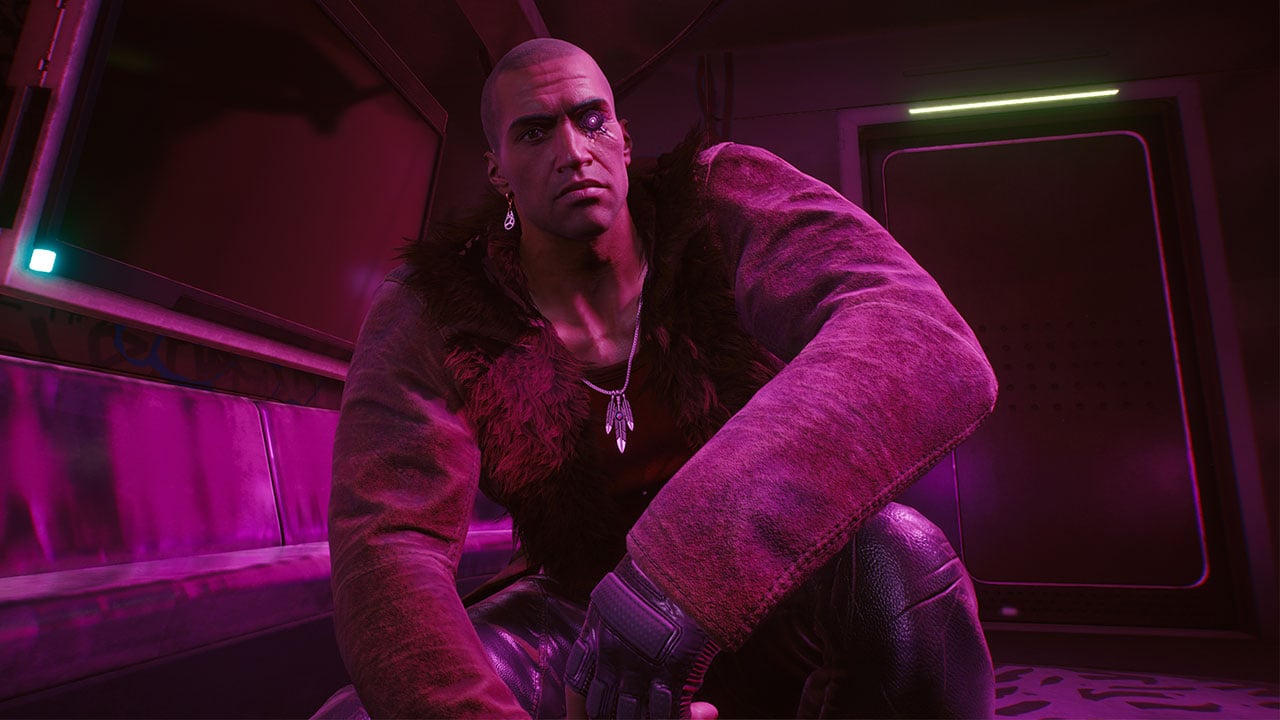 The affair with Alt Cunningham is less an option than a necessity. You’ll meet her in the Johnny Silverhand memory flashbacks. The corresponding scenes clarify the backstory of Alt and Johnny’s relationship, which will play a role later in the game’s story. 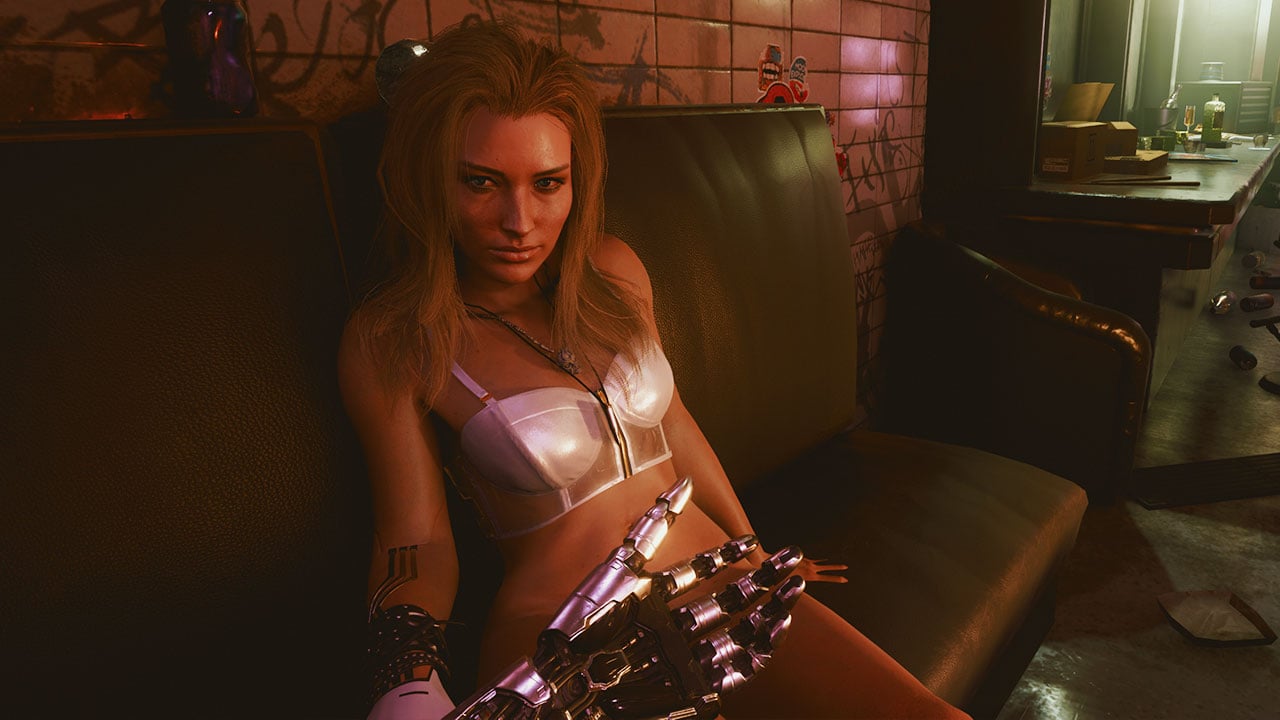 Rogue meets you through her history with Johnny Silverhand. You can rekindle the relationship through V’s body. In a mission called “Tapeworm”, Johnny will ask you if he can visit Rogue by taking over your body. Agree to this and you’ll be able to go through some romantic experiences with Rogue. 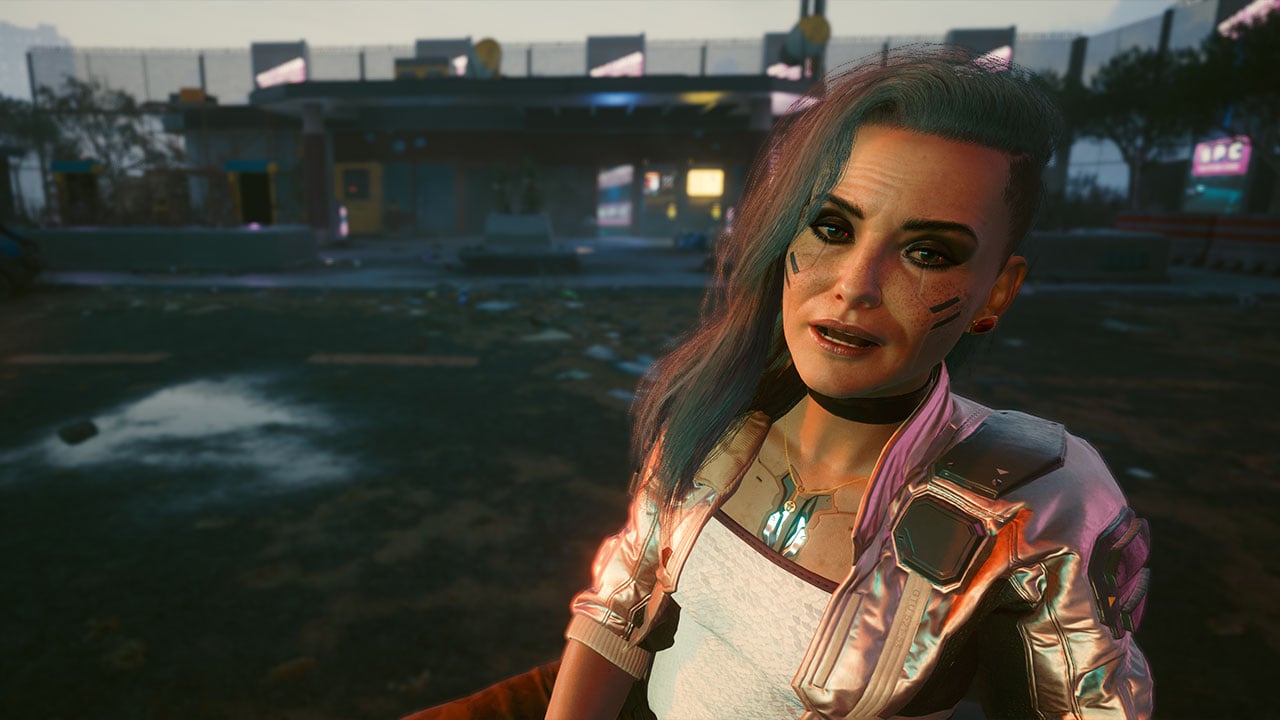 The easiest way to happiness: Joy-Toys

The easiest conquests in Night City are the Joy-Toys, which you’ll find on Jig-Jig Street – the red-light district of Night City. You’ll visit them frequently as part of the main storyline. If you just want to drop in on the spur of the moment, you’ll find Jig-Jig Street to the west of Japantown, just south of the Cherry Blossom Market quick travel point. Conveniently, the Joy-Toys are marked on the map. There is also a male and a female version.

Your opinion: What do you think of the romance feature in Cyberpunk 2077? Are the love stories linked to the story and optionally accessible to the right extent? Or do you think the game wouldn’t need relationships? Write your opinion in the comments!