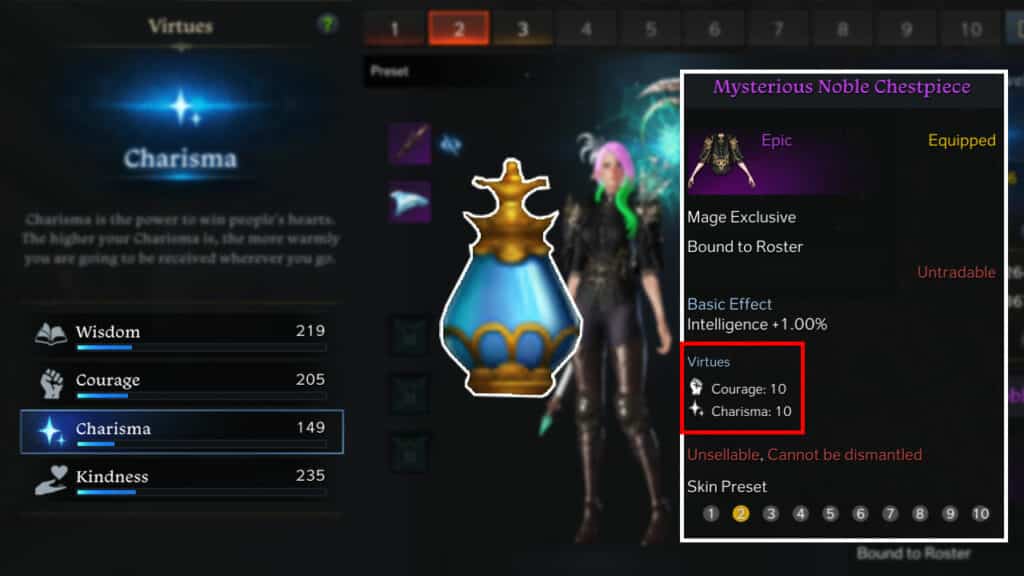 In Lost Ark, certain NPC Rapports, Mokoko seeds, and quests require you to have a high virtue-stat. In our guide, we tell you how you can increase your Charisma, Wisdom, Courage, and Kindness values.

These are the virtues in Lost Ark

Virtues are 4 status values ​​in Lost Ark, which increase in the course of your adventure through various activities.

First, these virtues don’t have a significant impact on your character’s personal strength or effectiveness. They are more of a side issue in Lost Ark, but you need them for certain things.

The virtues are good for this: For certain activities, you need a certain value in the virtues. So it can happen that you can’t increase the trust of an NPC until you have completed a certain quest, which you can only get if you have, for example, 250 Charisma. Especially in higher areas, you often need one of the four values ​​of 350+ to collect Mokoko seeds, and some main or side quests also offer you special answer options if the required value is high enough.

How to increase your Charisma, Wisdom, Courage and Kindness stats in Lost Ark

There are several ways to increase your Wisdom, Courage, Charisma, and Kindness stats. Final tips: In order to prepare your character from the start to have the highest stats, you should immediately complete every side quest in the different areas. But collecting all the Mokoko seeds and completing the islands will also help you increase your stats permanently. If a value is too low for you to progress further, try to increase this value with the right skins.