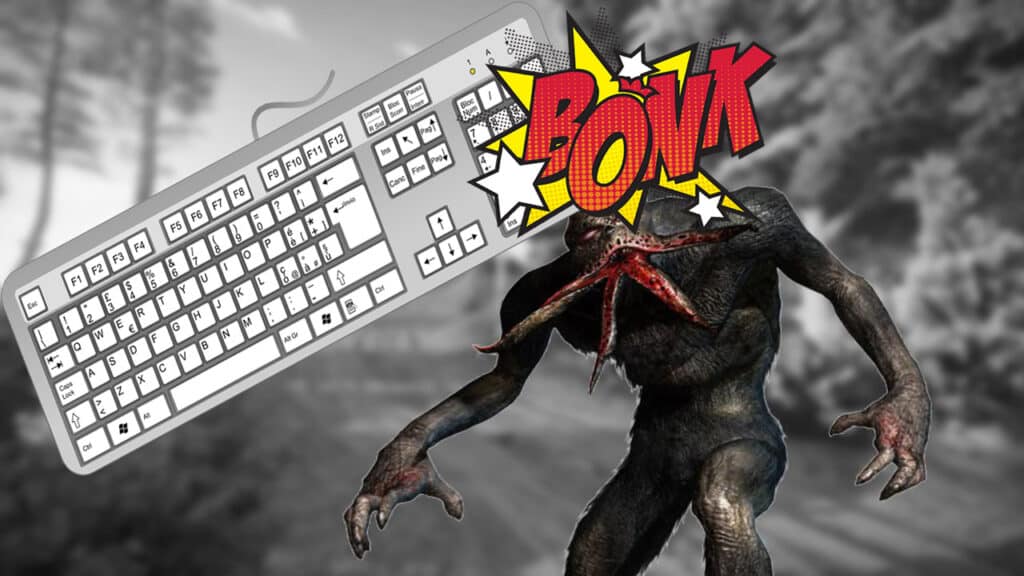 In most zombie games you have to shoot your opponents, but not in Typing Of The Dead. Here you have to write as fast as possible to defeat the opponents. You will now find out how crazy that is.

What is that? Tired of shooting zombies and other monsters all the time? Neither do we, but it was still funny when we came across the great alternative “Typing Of The Dead”. Here you have to “write” zombies.

This is Typing Of The Dead & it’s great

Where does it come from? Typing Of The Dead is an arcade game from 1999. Technically, it is a spin-off from The House Of The Dead, another very good zombie rail shooter.

But it wasn’t until the introduction of typing that the gaming experience was really turned off. Not only are you not using weapons, but the characters in the game also don’t use them either. You walk through the game with a Dreamcast on your back and a keyboard in hand.

If you come across opponents, random words pop into the picture, which you have to type as quickly as possible in order to damage your opponent. But the curiosities don’t stop there, because voice acting is lonely … Lonely junk – just wonderful. Free download: You can now download the original game for free. However, there is also a remake from 2013, which is not available in Germany and some other countries. Why you index a game by riveting opponents with fast typing is alien to us.