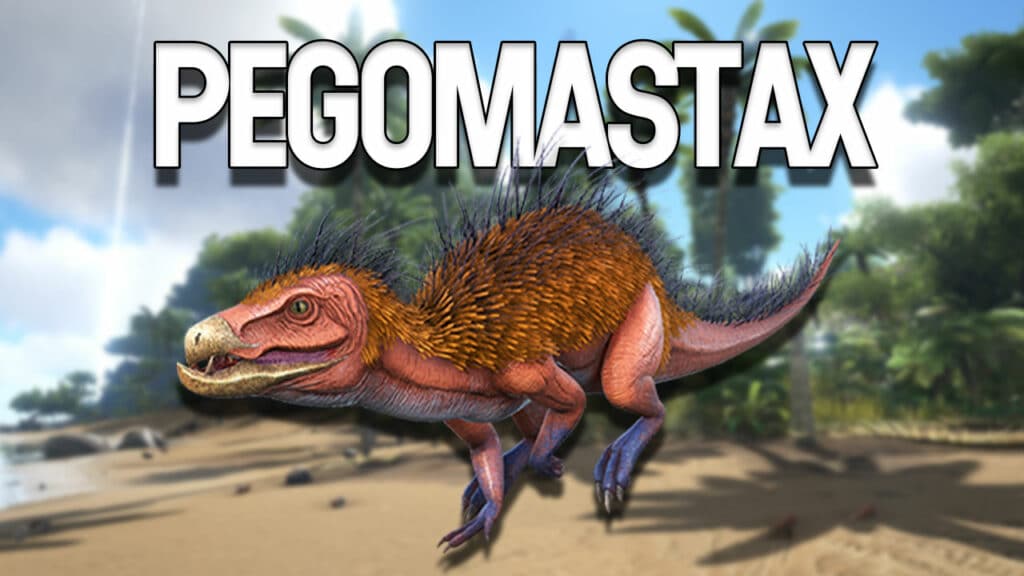 ARK: Survival Evolved: Pegomastax – How to Tame, Feed and Breed!

Find out everything you have to know about the Pegomastax in our ARK: Survival Evolved guide. But also how to catch it, tame it, feed it, and breed offspring too.

You can find the Pegomastax on every ARK Map at the beach or near the water.

This is the Pegomastax in ARK: Survival Evolved

Appearance: The Pegomastax is a small dinosaur that can walk on its two legs. In addition, his arms are long enough to grab things quickly. Many high spikes run down from its head to its tail. The upper body is covered in feathers up to the tail, while the lower part is comparatively bare.

Wild: The Pegomastax is an aggressive herbivore that will steal from you. You won’t receive any damage through this attack, but you can lose an essential item from your inventory.

Domesticated: Especially in PVP mode, the Pegomastax can show what it can do: You can order it to steal from other players and make their items your own. However, for this, you should improve his health and movement speed. 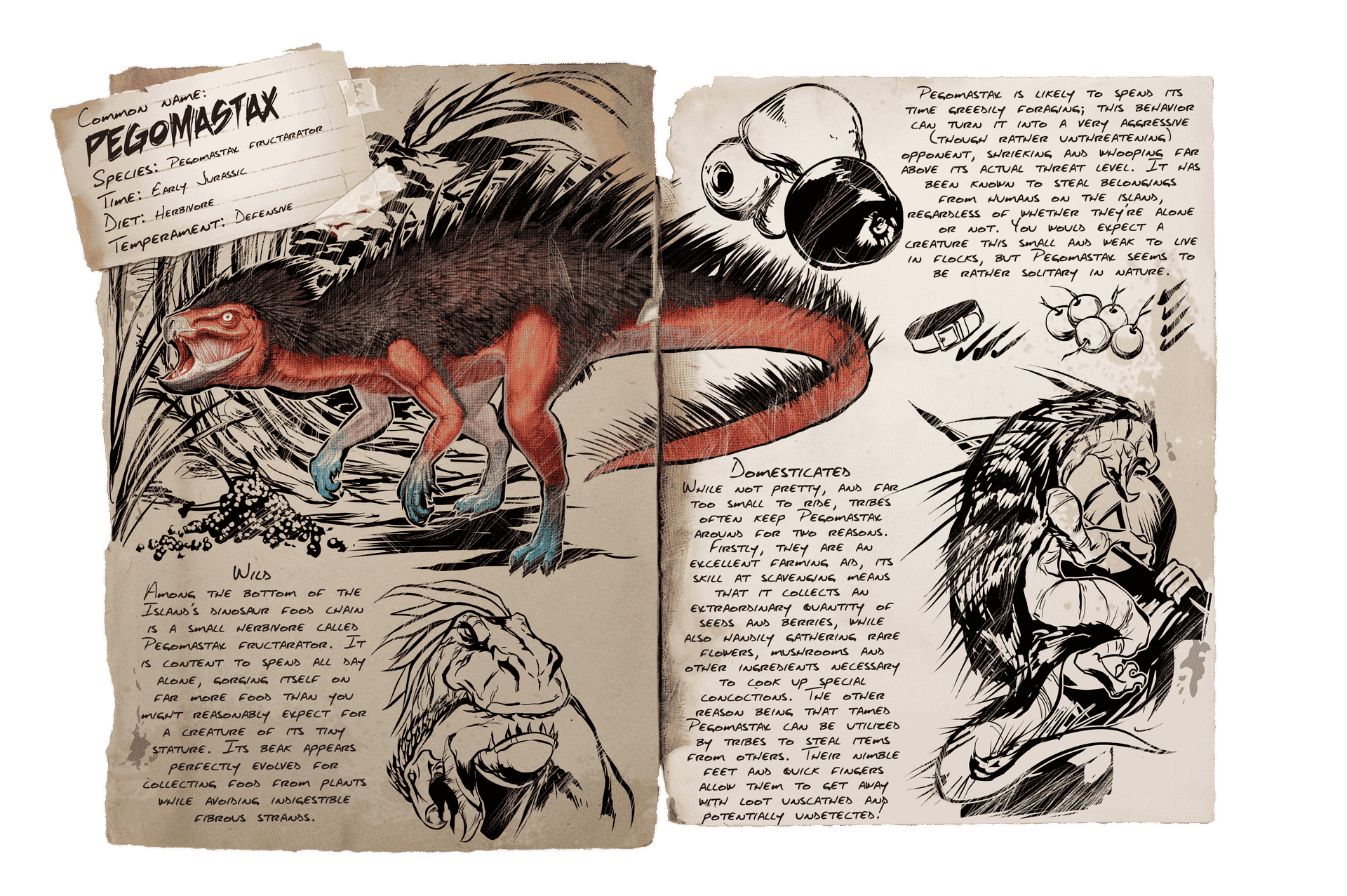 How to tame the Pegomastax in ARK

The Pegomastax is passively tamed by letting it steal from you. To let him steal the food that tames it, you must collect a few bunches of Mejoberries first, which work most effectively in taming. In the end, you should have several bunches of Mejoberries. Now put one bunch of the berries in your inventory slot on the far right.

If the preparations are done, go near a Pegomastax and let it steal the berries from you. After it stole the bunch of Mejoberries from you, put the next bunch into the same inventory slot as before and follow the Pegomastax. You’ll notice when it has eaten the Mejoberries because it has its hands free again, which allows it to steal from you again. So don’t stop following him.

Let yourself be robbed as often as you have to and run after it until you have finally succeeded in taming it.

How to feed a Pegomastax in ARK

Once you have tamed your Pegomastax, it is important to know what it eats. Pegomastax are herbivores, which makes the choice of food easier.

How to breed the Pegomastax in ARK

This is how you prepare the breeding: If you have two specimens, you build an enclosure that is large enough. Put both dinos in the pen and set them to “wander” via the command menu. Alternatively, you can also switch directly to “Pair”, but then there must always be a player nearby. Otherwise, the pairing will stop due to the rendering.

The breeding interval for a Pegomastax is 18 to 48 hours. How to Hatch Eggs: When you get a fertilized Pegomastax Egg from a successful mating, the hatching begins. For hatching, the ambient temperature of the egg should be between 28 °C and 32 °C and within the Egg-Incubator at 30 °C. According to standard settings, the little Pegomastax baby hatches after about 1 hour. After that, it needs about 3 hours of your attention, during which you must keep putting food in its inventory.

Once it gains juvenile status, it can feed from troughs on its own. The entire ripening time takes about 1 day and 7 hours.