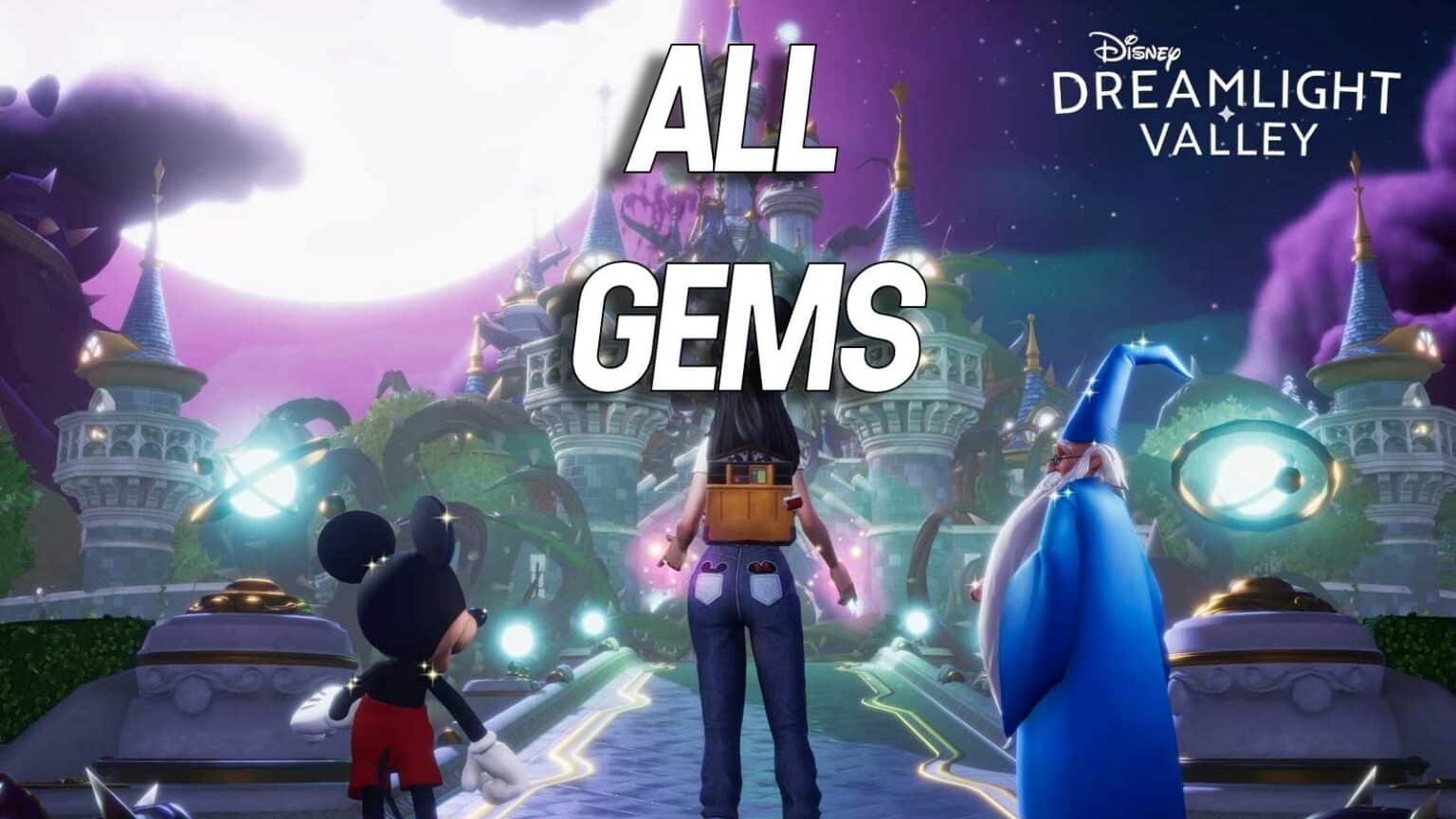 Disney Dreamlight Valley: All Gems and their Locations

There are a total of nine different gems in Disney Dreamlight Valley. You need them partly for the quests of your Disney friends, but you can also earn a lot of star coins with them by selling the gems in Goofy’s stall.

The various gems in Disney Dreamlight Valley are distributed throughout the entire game world. You’ll only get them if you mine them in the right region at the corresponding mineral deposits with the help of your pickaxe. You can always find these deposits in the rock patches at the borders of the respective area.

Gems and their Locations in Disney Dreamlight Valley

In our guide, we will show you all the gem locations. But no matter which gem you want to farm, you should always have a Disney inhabitant with you who is equipped with the “mining trait”. This will give you a chance to double the number of gems you mine. This chance increases with the number of Disney residents that have this bonus. In addition, the chance is influenced by the respective friendship level that you have with these residents.

“Tip from our author: In our big resident guide to Disney Dreamlight Valley, we introduce you to all the residents that exist!”

Once you’ve harvested the rock patches on the edges of the region, they’ll spawn again after a few minutes. So you can pretty easily carve out routes to mine gems non-stop.

Good to know: The shiny variant of each gem is a lot harder to find. But you’ll get a lot more star coins for them if you sell them.