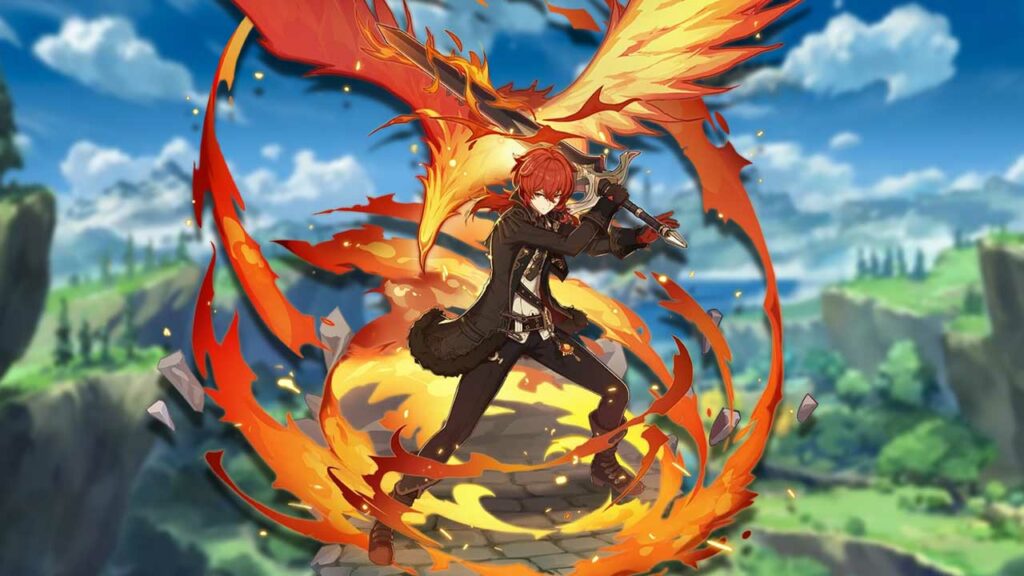 Genshin Impact: Diluc Ragnvindr – All information About the Character

In the co-op anime RPG Genshin Impact, there are a variety of playable characters that you can unlock throughout your adventure. Today we introduce you to fire user Diluc Ragnvindr.

How to get new characters: From player level 5 you unlock the possibility to get new characters via the “Prayers”. The so-called Gacha system allows you to purchase the prayers in exchange for “Predetermined Destiny” or “Interwoven Destiny”, which you can either obtain in the shop or occasionally in the game itself. You then have a small chance of getting one of the coveted characters in the loot boxes.

All about Diluc Ragnvindr in Genshin Impact

This is Diluc Ragnvindr: Born into the wealthy Ragnvindr family, Diluc is the current owner of the Dawn Winery and a highly respected nobleman in Mondstadt society. While a previous incident caused him to separate from the Knights of Favonius, he continues to protect Mondstadt in his own way.

Of course, to unlock Diluc’s full potential, you’ll need to increase his character level and improve his individual talents. All in all, this costs you a considerable number of resources, which we list here: