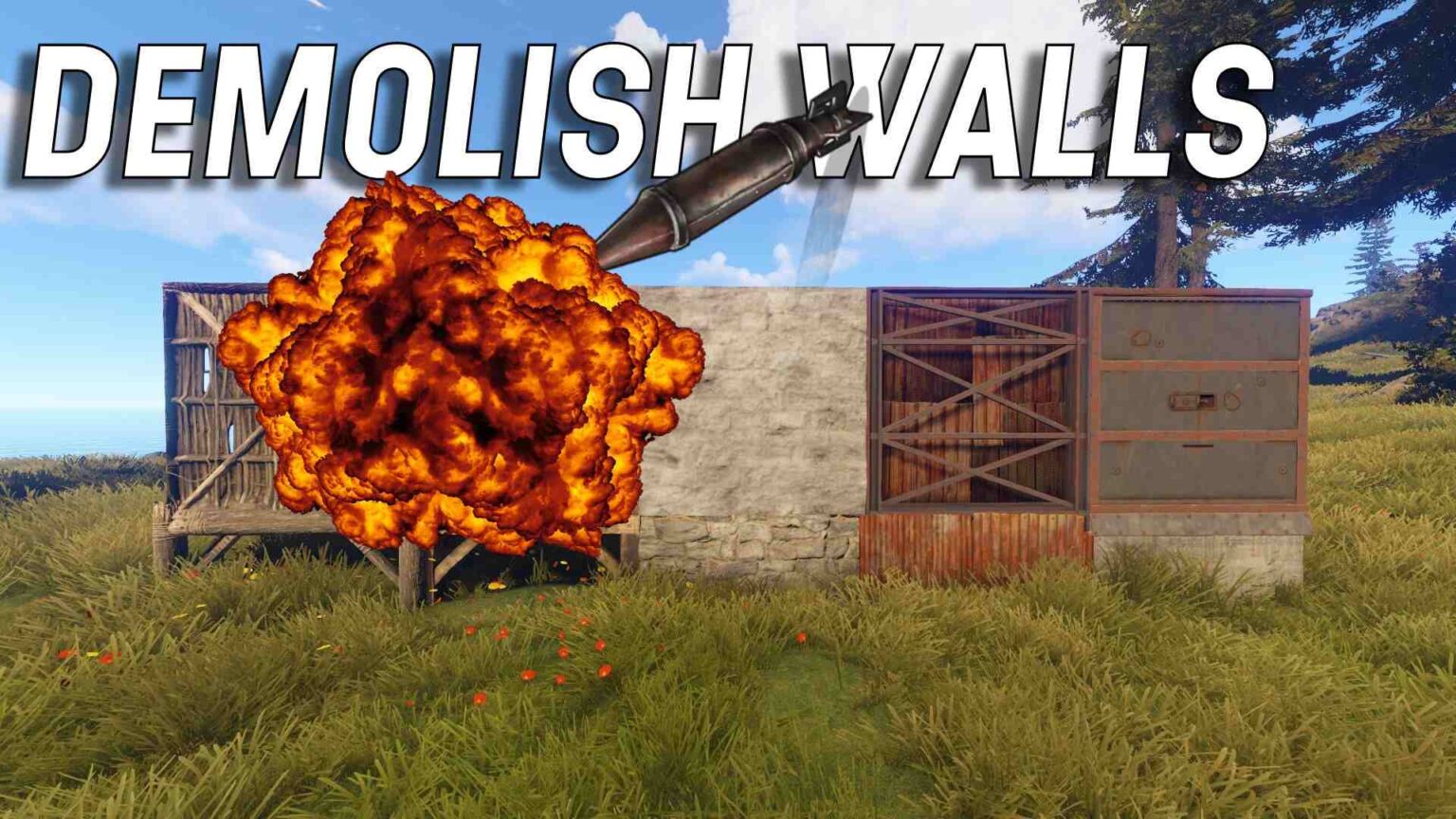 Rust: Demolish your own and Enemy Walls

In Rust, everything revolves around creating your bases and looting enemy ones. In both cases, it is often helpful to break down a disruptive wall as quickly as possible. We’ll show you how to do that.

Without your base, in hardcore survival games like Rust, you are not only defenseless against enemy players, but you also have no protection against bad weather or wild animals. Besides, a well-built base is the best and only protection for your resources and valuables. So it’s only a matter of time before the other Rust players set out to attack your and other bases. So it’s worth thinking a bit about walls and their properties.

Demolishing your own and enemy walls

There are several reasons why you might need to destroy your own walls in Rust. When building a new base, you may accidentally position a wall in the wrong place, or face it in the wrong direction. Or you may have gathered enough resources to expand your base, which requires tearing down old walls and drawing new ones.

After all, strong walls won’t do you much good if you can’t move quickly and directly from A to B in your base, or if you can’t build storage rooms or turrets because of their placement.

The best way to get high-quality equipment in Rust is to raid other players and loot their bases. So the basis for your success is to know how to build and strengthen your base, but also how to destroy the bases of your enemies. Therefore, demolishing walls plays an important role. We will show you how to best destroy each type of wall.

How to demolish walls in Rust

After each new wipe, the game starts all over again and you have to be quick. The sooner you start building your base, the better. If you make a mistake in the heat of the moment, you can still turn or move your walls within ten minutes of building them.

To do this, you need to equip your hammer, select the wall you want to move, and click on Demolish in the radial menu. If ten minutes have passed since the wall was built, you cannot undo it. The only remaining option, just as with enemy walls, is to demolish them.

Simple walls made of twigs or wood can be torn down relatively easily from the inside, either with fire or with simple tools. If it’s metal walls, you’ll need to remove all sheet metal supplies from your closet and wait about eight hours for the metal walls to decay and disappear. For stone walls and sturdier walls, your only option is usually to use explosives, such as a timed charge of C4. For particularly strong walls, you’ll have to blow up several explosive charges in a row. But be careful: explosives are a real luxury item in Rust. One unit of C4 requires

Another explosive option is rockets. However, these cause significant area damage, so you should only use them on enemy bases.

Do you want to join our community and discuss Rust? Then join our Discord server or visit us on Facebook. We are looking forward to you!