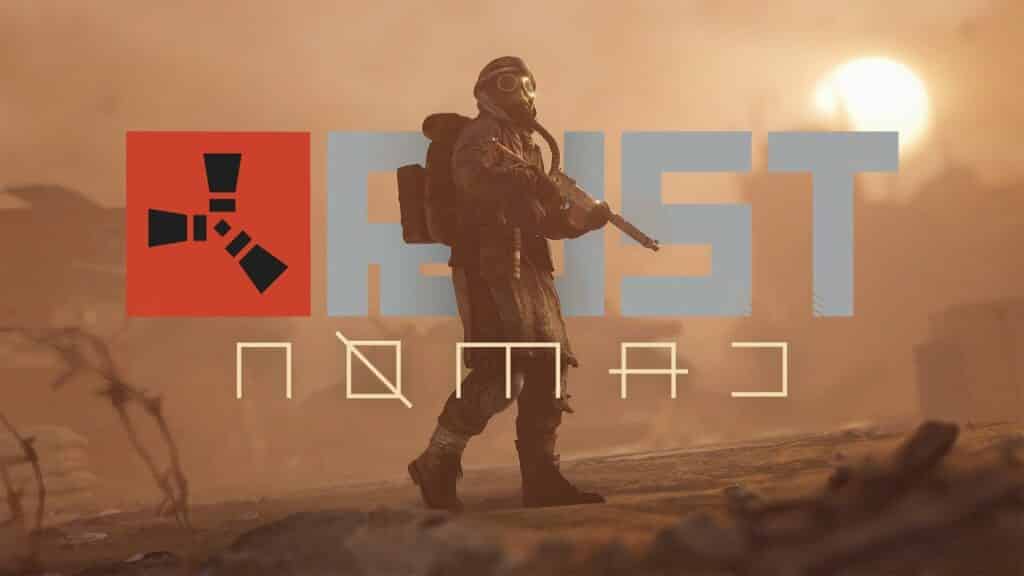 Rust developer Facepunch announced a new update for Rust via Twitter. But what is in it is not entirely clear. But the mysterious trailer for the update reveals some new content. So what can we expect from the “Nomad” update overall?

Why such a secret? Just a week ago, there was a new Rust update. But already today, on November 18th, there should be another, even bigger update. The Rust developer announced this on Twitter, but is very cautious about the announcement. Users are already pondering what could be included in the so-called Nomad update:

What are the realistic contents of the Nomad update for Rust?

We know this content: The said first trailer for the update already gives some insights into the new Rust update. The new suit is of course very prominent. This is a new variant of the Hazmat suit – but only cosmetic. The new Hazmat reminds us of a lot of games like Stalker.

Apart from that, a new weapon actually seems to have smuggled its way into the picture. If you watch out for the fallen scientists in the trailer, an unknown weapon lies in front of them.

Due to the strong similarity to the SAR (Semi-Auto), some fans on Twitter suspect that this is not a completely new weapon, but a modified one. Thus, the weapon system in Rust could become even more modular than before. Wouldn’t it be cool if you could equip your SAR with new magazines, a different but-stick or barrel?

Rumored to be included in the Rust update

We won’t find out until this evening what content will be included in the update.

An update will be released this Thursday 18th November (19:00 GMT) to introduce the Permanent Item Store to the game.
This will be a mandatory update for both client and server. pic.twitter.com/RY6ucJuI70

When is the update coming? The announcement trailer, which shows the content of the Nomad update from Rust, will be released today at 8:00 p.m. German time and 7:00 p.m. GMT. The update should then follow for some time. A live stream is already active on YouTube and you can wait for it to start (via youtube.com).

As soon as there is new information about the update, we will of course inform you. So that you don’t miss anything, we cordially invite you to join our community on Facebook (via facebook.com/survivethis).