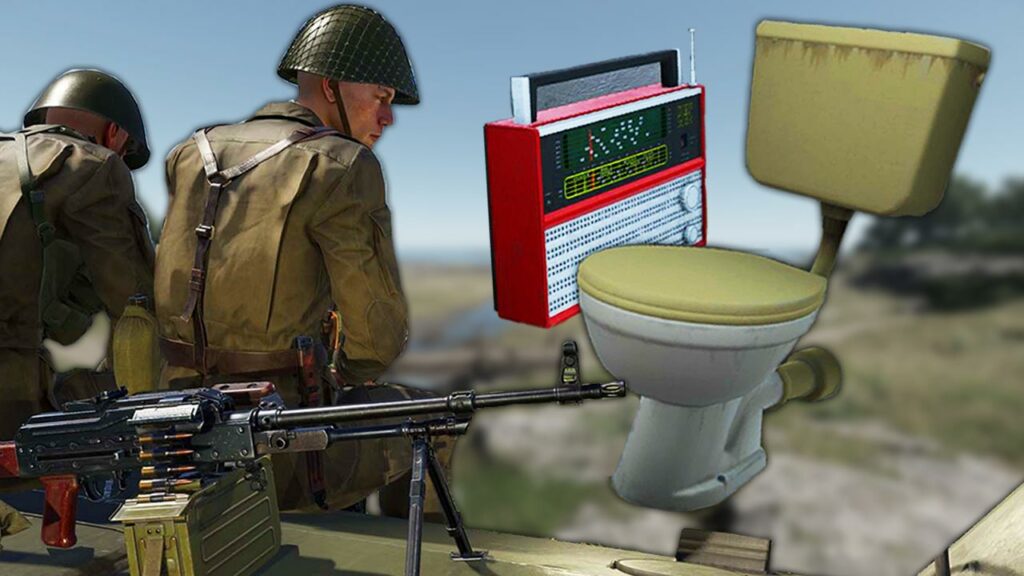 Surprisingly, Arma Reforger was released today, May 17, 2022, and we took a close look at the new map Everon and discovered 3 fun details that will sweeten your everyday war life!

What’s going on? In a live stream, a few hours ago, developer Bohemia Interactive announced the latest installment of the series “Arma Reforger” with tons of info. In the same breath, they fired up the tactical shooter and sandbox grenade on Steam and console. We took a close look at the new old map Everon and found some funny Easter Eggs and details in no time!

What have we found? Arma Reforger is set in the 1980s on the fictional island of Everon. This idyllic island is based on the Croatian island of Krk. Not only do the Czechs stay true to reality in their choice of setting, but the actions in the game could hardly be closer to real everyday life:

Fed up with war? Does your company need a break after the last firefight? Then retreat to a cozy pub and gather around the piano. In Arma Reforger you can actually play music with pianos and pianos. It’s not particularly demanding, because pressing the F key is already enough. The result can be dorky tones or scales. Try it, but often enough you may be rewarded with the soundtrack of Arma 3 “This is War” (via youtube.com).

We also discovered that you can make music with an organ in the church. Much more you could play it, as the organ seems to be bugged in the current version. We were not able to interact with the instrument, unfortunately.

2. listen to the radio in Arma

It may sound like a tiny detail, but in Arma Reforger you can turn on a radio. Here you can pause and listen to some music… or you can use the radio tactically! If an enemy passes by your house, you can use it to lure him to you. Turn on the radio, hide in the next cover and wait for your moment. This way your opponent can also relax with nice music — in the respawn menu.

3. Toilet break must also be in Arma.

The games world Everon is more interactive than ever before. This is helped by the new hover icon HUD, which always pushes all the possibilities for interaction into your camouflage-smeared soldier’s face. Thus, while searching for the quiet restroom, we came across another funny detail: The flush.

So if you have to flush for little soldiers, you can also flush the toilet. Doing this has no further purpose, but it is still a funny detail. Sink or urinal are not usable — then the hands probably remain dirty.

4. Developers have immortalized themselves

While searching for Easter Eggs, we also came across references to some of the developers. Like many other developers before them, they have immortalized themselves as celebrated authors. Thus, in Everon we can find countless bookshelves containing books by author Ivan Buchta. Among others, he wrote the book “The Murder in the Corridor”. Buchta is the creative director of Arma Reforger and Arma 4.

What Easter Eggs the community has discovered in Arma Reforger

In this section, we will be collecting Easter Eggs or funny details that the community has uncovered over the next few days. If you find something special on the Arma Reforger map Everon, let us know in the comments or follow us on Facebook, or join our wonderful community on Discord.