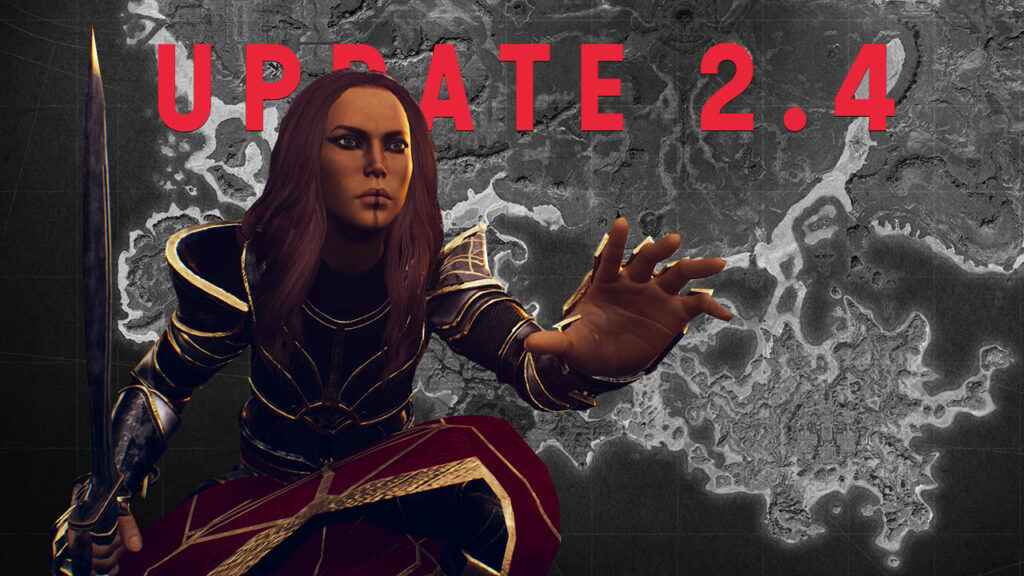 With update 2.4 for the expansion Conan Exiles: Isle of Siptah, the survival MMO receives a lot of new content. Among other things, 3 new biomes, 2 factions, and a new goddess who shouldn’t meet everyone’s taste. 2.4 can currently be played on the test server.

What’s new: The 2.4 update for Conan Exiles: Isle of Siptah is replete with new content. In summary, these are:

These are the biomes: Since September 15, 2020, Conan Exiles fans can start a new adventure on a completely new island with the Isle of Siptah DLC. Now, this island is getting 3 new biomes, which provide more diversity.

Spread over these 3 biomes you will find a bunch of new camps that are inhabited by NPCs. Nothing unusual for Exile players at first, but there were no NPCs outside the trading post on Isle of Siptah until the last update 2.3. With update 2.4, more NPCs will now populate the island, making it easier for Conan Exiles to provide subordinates to players. Before the NPC wave, this was only possible through a special event, which was a great challenge, especially for single players, and required a certain resource.

Watch out for the spider goddess!

This is the new goddess: A new deity is added to the game. Zath is a spider goddess, and she is the most famous goddess of the Zamorans and appears in the Conan universe in the form of a giant spider. The developers have not yet revealed what the deity will look like in Conan Exiles.

With the associated religion, appropriate equipment, objects, and NPCs are added. But also tons of critters worthy of a spider goddess. There’s still more: Further adjustments with Update 2.4 mainly include the combat mechanics. Damage from mounted combat has been reduced, evasion has been improved, and bows and arrows have been balanced. In addition, you can now fight with your fists in the water and no longer drain stamina when swimming.

Update 2.4 is currently in a test phase on the test servers and can be downloaded by anyone. The developers reserve the right to make further changes or even to remove them.