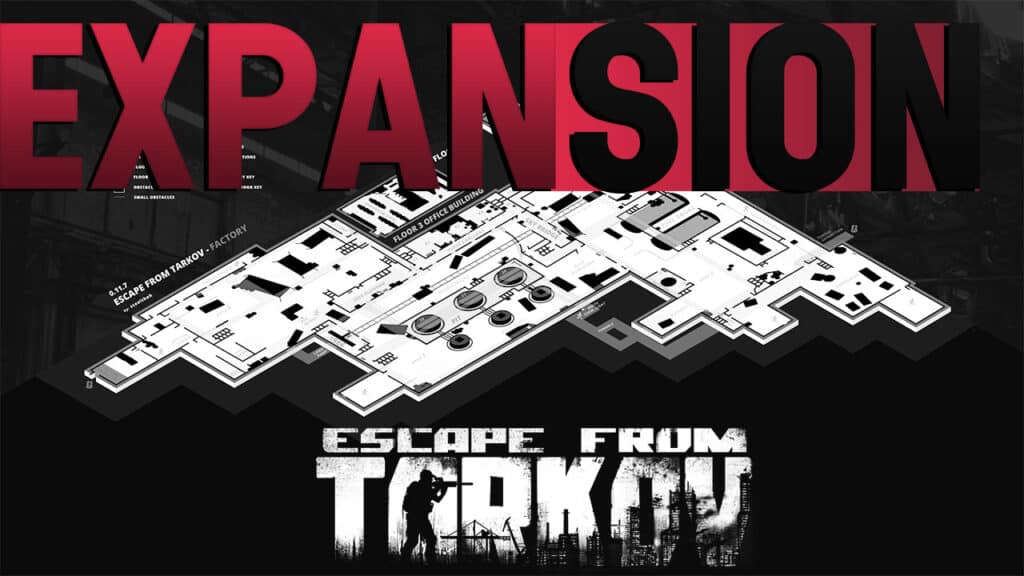 A few minutes ago, Escape From Tarkov’s official Twitter account shared new pictures of the upcoming expansion of the Map Factory. You shouldn’t have to wait too long either.

Finally, news: Tarkov hell is going on Twitter, because the official Twitter channel of developer Battlestate Games recently shared something really nice. There are 4 new images of the upcoming expansion that will be introduced with one of the next Tarkov updates.

This is shown by the pictures: The shared pictures for the Factory expansion in Tarkov show a new section of the popular CQC map. You can see many blue tanks, the contents of which are unknown, and some wrecked cars.

The highlight, however, is a helicopter that fell through the ceiling of the hall. This sheds some light on the otherwise dark map. In the middle, we could also discover a demolished explosive device.

As usual for Factory, the new sections of the extension also seem very vertical. It doesn’t just go up, because the subsurface is apparently also being enlarged.

When is it that time? There is no exact release for the upcoming Factory expansion, only “in one of the upcoming updates” is mentioned by the Tarkov account on Twitter.

Since the new map Streets of Tarkov is to appear in autumn 2021 and Factory will be published beforehand, the patch must appear in the next few months. However, the developers speak of “one of the next updates” and not the next.