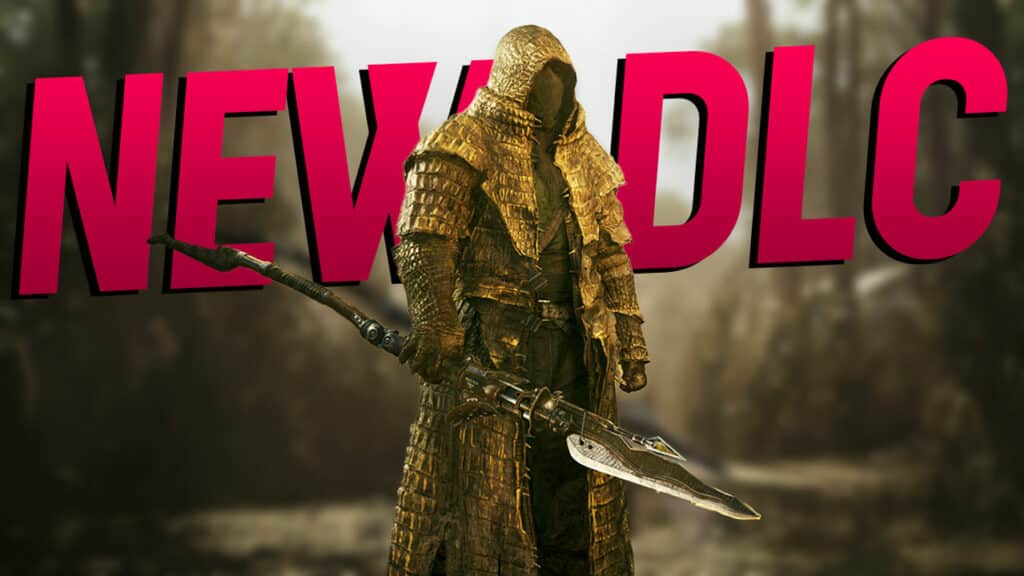 Hunt Showdown is getting a new cosmetic DLC, appropriately named Cold Blooded. This DLC brings an alligator warrior with weapons in a scale look. The community is already convinced.

This is the new DLC: As in most Hunt Showdown DLCs, with Cold Blooded you get a legendary hunter and two legendary weapon skins. This time everything is in a chic crocodile skin look.

These are the contents of the DLC:

The Cold-Blooded DLC describes its content very well. The crocodile skin-wrapped weapons and the hunter not only camouflage great, they also look unique.

This is what the Lore says: the Bayou used to be teeming with alligators, whose skins were worthwhile prey for hunters like Keith Cowen. Cowen was trained by the cruel and ambitious alligator hunter Frank Gravel and made a living from the flesh and skin of these primeval creatures.

Together they made a very good living and enjoyed their wealth to the full. One day, however, the two hunters encountered beasts that were much larger and more dangerous than the alligators.

When the corruption hit, the monsters drove all native life out of the bayou. They found another large specimen that they killed together, but Cowen was eaten away by greed and killed his business partner.

As a sign of victory, he put on the alligator’s skin as a coat and took both hunters’ guns with him.

What does the community think? The Steam reviews show that previous buyers see the Cold Blooded DLC from Hunt Showdown as one of the best that developer Crytek has released to date.

Others write that they buy any DLC as they are happy with all of them and the developers are happy to assist.

“Take my money, this is the coolest hunter skin the developers have released in a long time”

But what do you think, will you buy the new Hunt Showdown DLC or do you forego the chic real leather look? Share your thoughts with us in the comments.