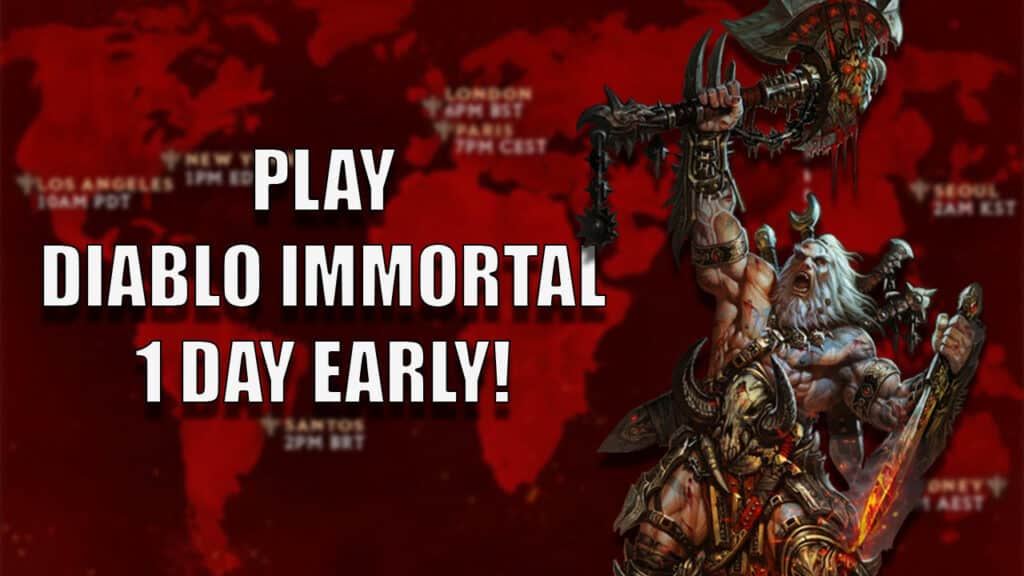 The mobile ARPG Diablo Immortal, which will also be released for the PC, is supposed to be released on June 2nd at 1:00 p.m EDT. If you don’t want to wait that long, you can start 1 day earlier. Even Blizzard confirms this and explains the circumstances.

That’s going on: Many Diablo fans are eagerly awaiting the next offshoot, which was developed primarily for mobile devices. Diablo Immortal plays between parts 2 and 3 and offers an MMO component for the first time. After critical feedback, the title is now also available for the PC. All versions will be launched on June 2 at 1:00 p.m EDT. German time. But now developer Blizzard says you can probably gamble 1 day earlier. We tell you what you have to consider!

Diablo Immortal officially launches on June 2nd at 1:00 p.m EDT. But there is a way you can play a few hours or even a whole day earlier. Even Blizzard confirms this.

Google and Apple are to blame: Accordingly, the update cycles of the Android and iOS shops are to blame. They don’t care about the developers’ specifications and put the games online on their own schedule. Diablo Immortal should be available for download in Apple and Google shops as early as June 1st. When that will be exactly, nobody knows.

However, since Diablo Immortal is an online game and the servers are provided by Blizzard, one could of course conclude that the servers will only go online at the official start on June 2nd.

Blizzard confirmed: Adam Fletcher, Global Community Lead for Diablo at Blizzard, has already officially clarified this in the Diablo Immortal Discord. He also does not know when Google and Apple will put Diablo Immortal online. However, he makes it clear that you can play directly as soon as the downloads go live on June 1st. However, this does not apply to the PC version, which is already available as a 28 GB preload via the Battle.net Launcher. 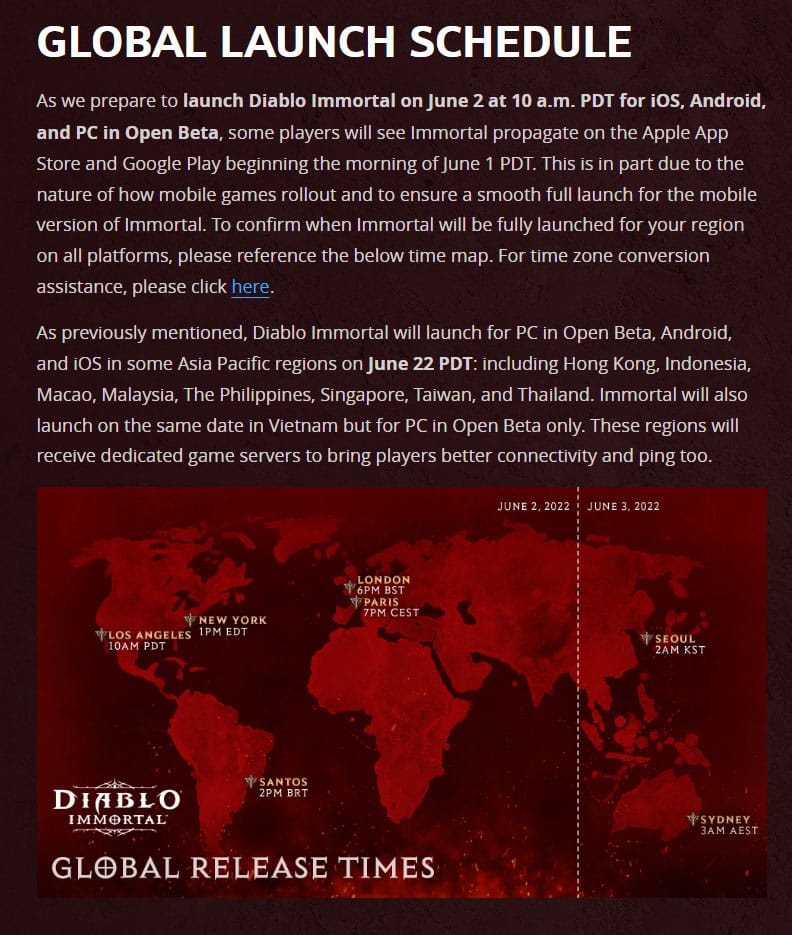 Once those are available in the store (Google Play / Apple App), they will be live and you can login and play. This means you could possibly play on mobile up to a day in advance on those platforms.”

Would you like to join our community and discuss Diablo Immortal? Then join our new Discord server, we look forward to seeing you! And of course, we will keep you up to date on this!