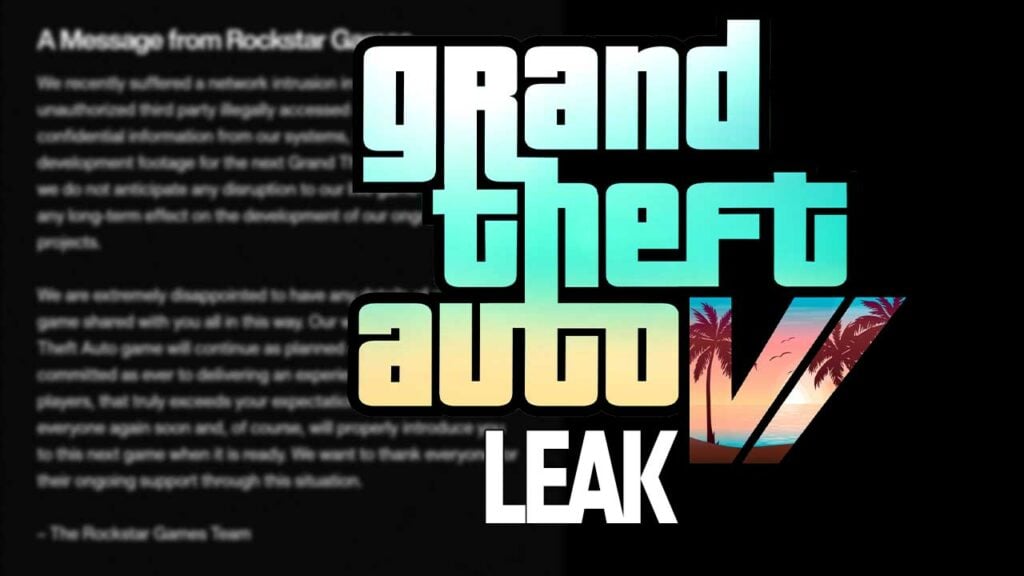 Over the weekend, the biggest leak in Rockstar’s history was published on the GTA Forums. It was about 90 videos for GTA 6, which show the game and also parts of the code in a very early development phase. Now Rockstar speaks for itself.

That’s what’s happening: At the weekend, there was a serious leak about GTA 6. Very early gameplay scenes and code snippets were made available to the public. The videos also showed that in GTA 6 we could choose between a male and female character. The leak has made waves, and Rockstar officially addresses the community with an open letter. 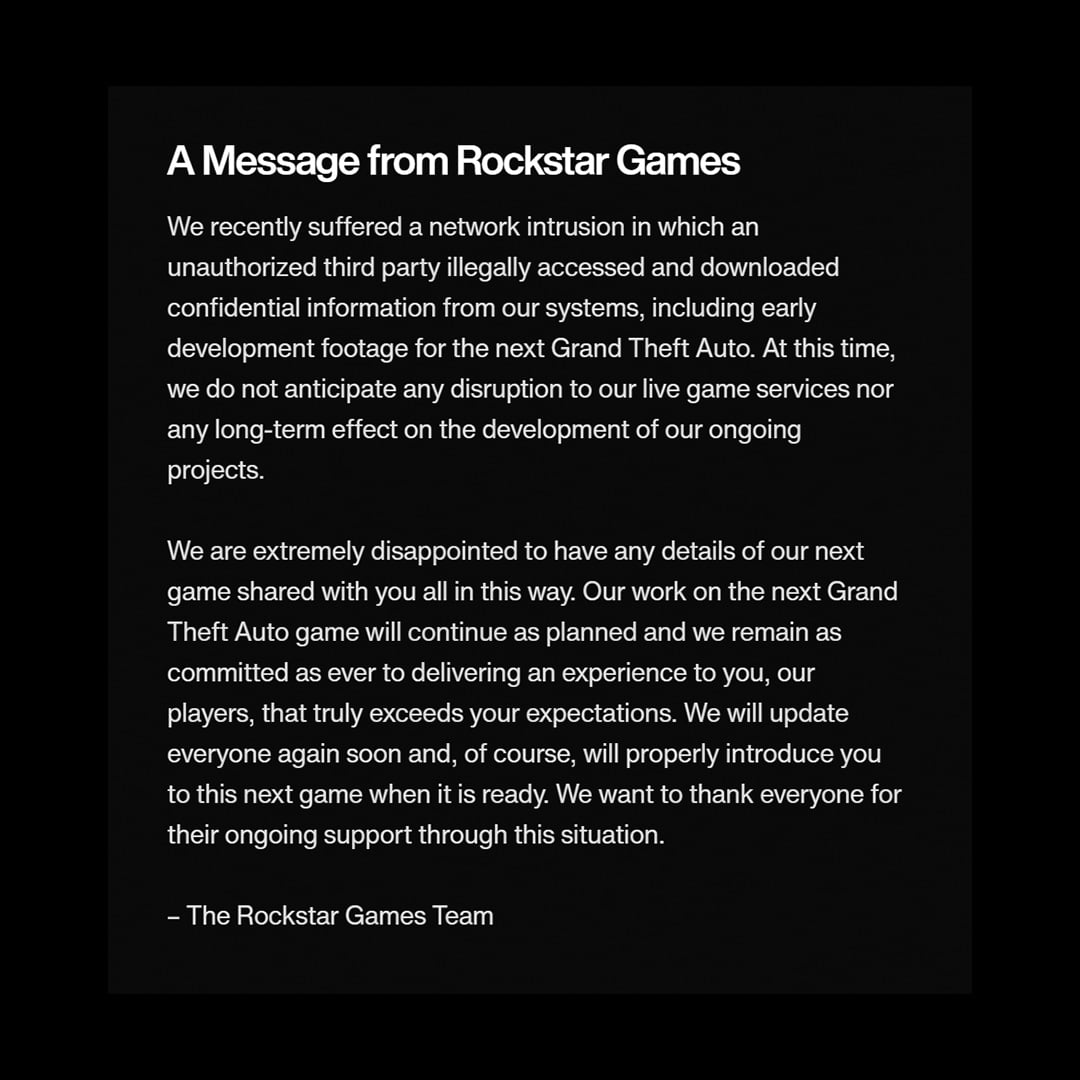 Accordingly, the leak occurred due to one or more hackers illegally gaining access to the Rockstar servers. They stole confidential information from the system, which includes early gameplay scenes.

Rockstar also emphasizes that this incident will have no impact on live services. They are very disappointed that the first details of their new title have been released in this way and affirm that they will continue to work on GTA 6 as usual to offer players an experience that exceeds their expectations.

They will officially introduce GTA 6 and show it when they are ready. When that is, they won’t say yet.