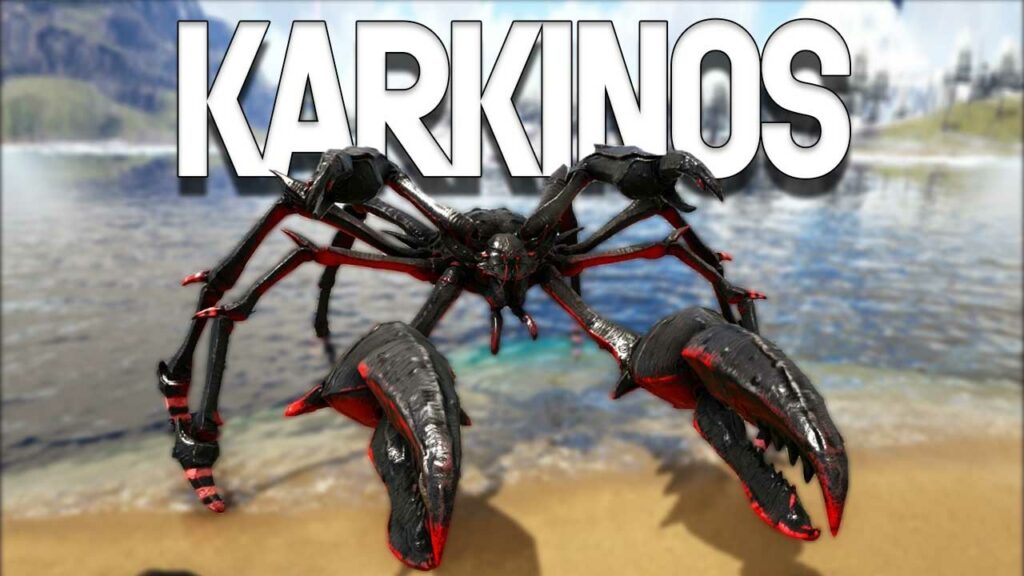 ARK: Survival Evolved: Karkinos – How to Tame, Feed and Breed!

With the Aberration DLC, the Karkinos came to ARK: Survival Evolved, where living in the wild, he is a real threat to any creature due to his skills and aggressiveness. Once tamed, you can use them to your advantage, making them an effective mount for water and land, as well as an excellent combat beast.

Our guide to Karkinos tells you everything you need to know about the giant crab. But also how to catch him, tame him, feed him and breed offspring too.

This is the Karkinos in ARK: Survival Evolved

Appearance: The Karkinos looks like a cross between a spider and a crab, in exaggerated proportions. The oversized crab spider has six legs, two arms with crab claws, and two smaller arms on top of its head with sickle-like claws.

Wild: The Karkinos are a very aggressive crab species that roam in and around the rivers of Aberration. Due to their gigantic size, no creature is safe from them. If you happen to meet a specimen by a river or in an underwater cave, it will attack and pursue you directly. With his six legs he is fast on land and in the water, due to his jumping ability he can jump up rocks and cliffs, which makes escaping quite difficult for you.

Tamed: Once you’ve managed to tame him, the traits that make him a major threat in the wild are now perks you can take advantage of. He can also grab and discard riders and smaller creatures. How to tame the Karkinos in ARK

How to hunt the Karkinos: To stun the Karkinos you have to shoot him with boulders from a catapult until he K.O. goes. The easiest way to do this is with the following case:

Build a behemoth gate and set several pillars from it, one behind the other in a not too big distance, until there is an enclosure. Provoke the Karkinos and lure him through the gate. If the Karkinos is trapped, flee through the gaps or the gaps you left and close the gate. Now stand at your catapult and shoot it with the boulders.

How to tame him: Once he’s unconscious, put the Exceptional Kibble in his inventory and feed it to him.

How to craft the Karkinos Saddle (Aberration)

To craft the Karkinos Saddle, you need to be level 65 and 28 Engram Points to unlock the recipe. You now need the following resources to craft:

How to feed a Karkinos in ARK

Once you have tamed your Karkinos, it is important to know what it likes to eat. Karkinos are omnivores, which of course makes the choice of food easier, which means: you can offer it meat, berries, vegetables, etc. and it will eat it.

As a sweet tooth, however, the Karkinos prefer the following:

How to breed the Karkinos in ARK

The Karkinos is not currently breedable in ARK: Survival Evolved. If this changes, you will be the first to know from us.