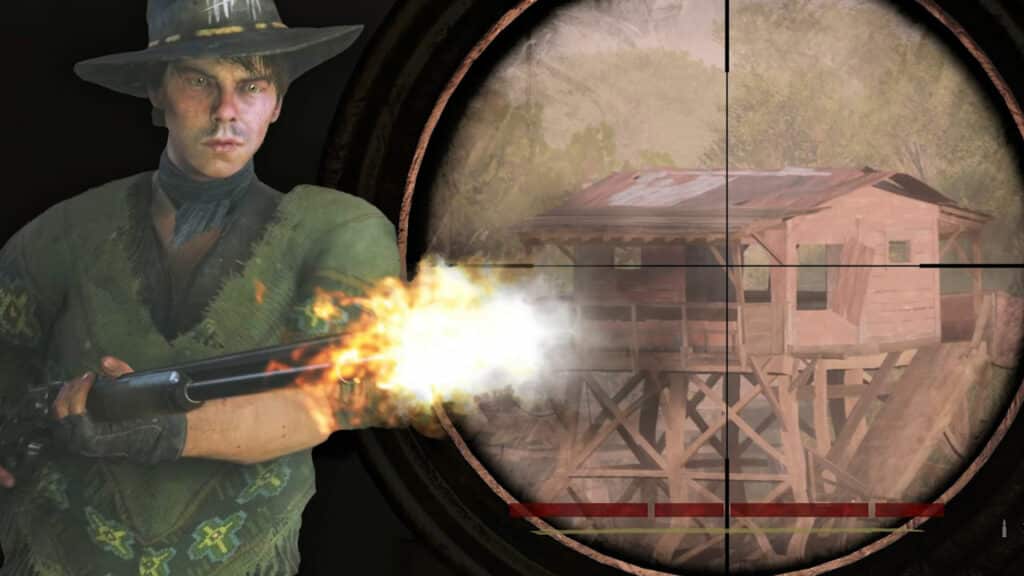 Hunt Showdown: With One Trick You’ll Know Where Your Enemies Are at All Times

In Hunt Showdown, there is a trick that allows you to know where your opponents are at all times, even right at the beginning of a round. Guided.news now tells you which trick it is and how to use it cleverly!

How good is this trick? Trust me when I say: this is no clickbait! The trick I’m about to reveal is an absolute gamechanger and maybe even a bit unfair.  However, I didn’t find it myself. YouTuber RachtaZ shared it in one of his recent videos (via youtube.com). According to Rachta, this tip is known to every pro player.

Always know where the enemy is: Here’s how to do the Hunt Showdown trick.

What is this trick? There is a way in Hunt Showdown how you know where your opponents are at all times. So right at the start of a round you can find out if you have nearby competition or if you are alone on far swamp.

But even in the middle of the game, you can always check where your enemies are hanging out. All you need for this are:

Here’s how it works: that’s right, we’re now taking advantage of the render distance that developer Crytek has set for interactive objects on the maps.

You know, every round of Hunt Showdown takes place on a 1.0 square kilometer map. Then, when 12 players roam around in different corners of the map, it eats up quite a bit of processing power.

The developers have therefore decided to hide some objects on the server side until a player approaches. Within 150 meters, to be exact! Then the interactive building elements pop into the game, but they don’t stay forever. After just a few minutes, the objects are removed from the game again until someone comes near again.

That’s why you need a telescope, so you can spy from a distance which compounds are fully loaded and which aren’t.

These are the objects to watch out for:

How to use the trick correctly

At the beginning of the game: look around right after you start: can you see other compounds from here? If so, then great. Choose your telescope and look over, if you see a loaded compound with doors, windows, and so on, you know: there are opponents here.

In the middle of the game: You are in a compound, from which you can see the surrounding locations. Just repeat the same trick as at the beginning of the round. Now you just have to take into account that when the doors or shutters are loaded, players have already passed by about one or two minutes ago.

Is that fair? It’s a fair question whether using this trick is fair to others at all. In the YouTube comments and in the Hunt Showdown subreddit, players agree that anyone can use it, so it’s fair — even if it ruins the immersion of the horror shooter.