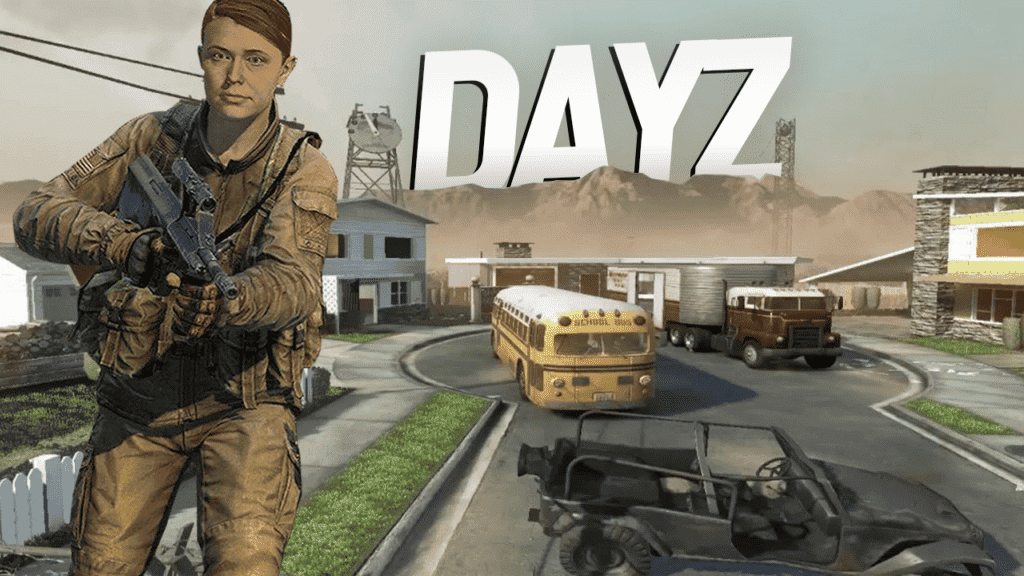 A clever user has recreated the “Call Of Duty” map Nuketown for the survival game DayZ in a functional way. PvP fans on PC and console should definitely check it out!

What is Nuketown? Nuketown is probably the most famous map from the first-person shooter Call of Duty. It makes its appearance in various titles and always in a new look. Thanks to YouTuber Scalespeeder, fans can now play the map in DayZ — with its very own flair!

Nuketown in DayZ is great and offers great PvP

This is what the map looks like: In a video, Scalespeeder shows off its latest “map.” The DayZ Nuketown resembles the original pretty closely: Especially the layout should quickly become familiar to CoD veterans.

The map is separated from the outside world by colorful containers. In the middle is a dirt road on which a Gunther 2, an M3-S and a wrecked bus stand.

On the opposite sides are log cabin pubs, and one also has a garage attached to it. Otherwise, the DayZ version of Nuketown is filled with objects as true to the original as possible — but see for yourself:

Behind the actual playing area, there are three tents on each side, where the starting equipment for the match is stored.

How do you play Nuketown? Participants have to create their own rules, more about that in a moment. Creator Scalespeeder has created the map with as few scripts as possible. This makes it easier to integrate Nuketown into your own DayZ server.

If the few scripts are installed correctly, your teammates should always spawn outside the map in a tent camp. Here you will find water, food and medicine.

From there, you choose a side and head to the tents. Here you will find weapons, armor, bandages and ammo. Do not change the script, it will stay:

Now for the rules: Actually, there aren’t any, so you’ll have to set some game rules yourself with your teammates.

Install Nuketown in DayZ: Here’s how You do it

First, you need to download the files (via github.com). Make sure that you don’t need the files with the title “Screenshot”.

Nuketown works on both PC and consoles. PlayStation and Xbox players only need a Nitrado server to install it.

All information on how to install and use Nuketown in DayZ can be found in the Readme.txt file included in the download.