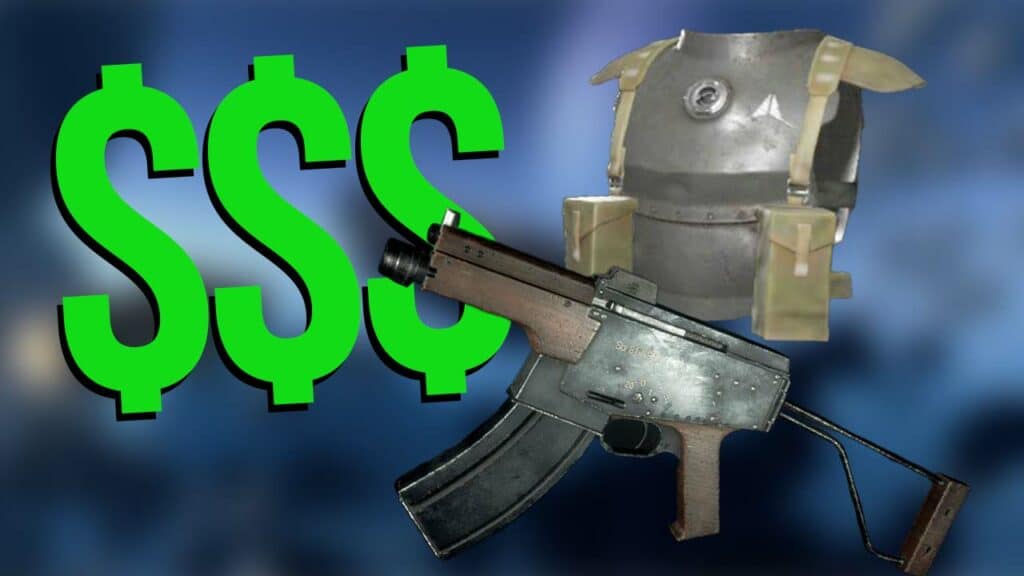 Marauders is freshly launched on Steam, and at launch around 12,000 players are already enjoying the dieselpunk Tarkov-like game. But one thing is not entirely clear for newcomers: How do you get money and good equipment quickly in Marauders?

What’s the point? For beginners, the start in Marauders can quickly be overwhelming, only a short explanatory video awaits you at the start of the shooter. In our Top 10 beginner tips for Marauders, author Kevin Link has already taught you the most important basics. Now we’ll take a look at money and equipment. In this guide, we’ll explain how you can get good equipment and a lot of money quickly, reliably and, above all, for free: You don’t even have to start a raid!

Marauders: How to get money and good equipment quickly

To rake in a lot of money and equipment in Marauders, you don’t have to go into a raid personally. It’s enough for our method if you stay in space. Randomly, capital ships manned by the AI spawn here, which you can board and rob. Important: Don’t take any equipment with you!

When and how do you find capital ships? As mentioned, these ships appear randomly in the matches. But I wouldn’t call them rare. In about one-third of all matches, I came across this ship. You can easily recognize it: it’s a silver cylinder with rudders at the stern, and it doesn’t move from the spot.

How to fight the capital ship: First, you have to destroy the turret on the top side of the capital ship. A few targeted hits with your starter ship are enough to do this. Before you get into an escape pod, take the pistol, ammo and vest that spawn in your ship every round.

Now get into an escape pod, but make sure your ship is well hidden first. With this capsule, fly to the capital ship and press F to board. Inside the ship, four NPC soldiers will be waiting for you. They have the best level 10 to level 12 armor. You have to hit them in the head. Once you’ve killed the first one, quickly grab his equipment and find the rest of the crew. While you’re at it, keep your eyes and ears open, because you’re probably not the only player who has boarded the frigate.

All the rewards in the capital ship: Apart from the equipment and heavily armed soldiers, you can also find some loot rooms in the ship. Among other things, in the middle of the capital ship, you’ll find a large wooden chest where you can find just about anything. On the upper floor, towards the stern, you’ll find the command room. It contains valuable documents that you can sell at the market. There is also a weapons crate here. But be careful, a boss opponent is waiting here!

You’ll also find small loot containers scattered all over thecapital ship, from which you can get scrap metal, cables, tape and many other crafting materials.

How to get profit from your mission

By the way, you should not sell most of the loot! The weapons and armor you find here are among the best you can get in Marauders. Only equipment that you don’t need yourself and the documents from the command room can be sold. This way you can quickly get $10,000 and more and get unbeatable equipment for free.