In the survival RPG Medieval Dynasty, you always have to go hunting or look for certain resources. So that you don’t wander around for hours in the big world, we have a map for you with all the locations for animals, clay, and caves.

The map not only offers a lot of space for your dynasty, but is also home to some animals. You will find everything here, from the little rabbits to vicious wolves to the big bears. 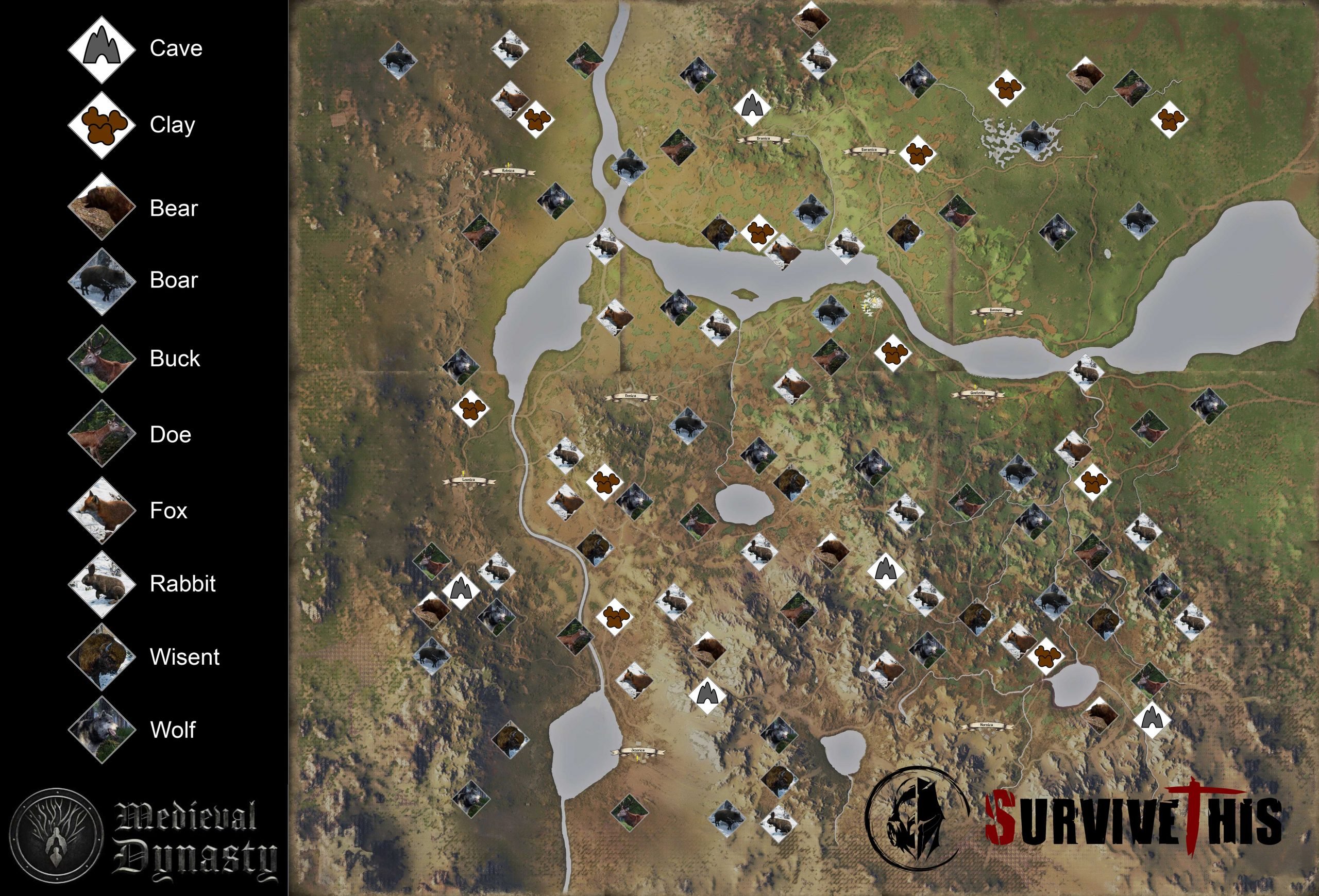 This is how you fight bears, wisent, and other large creatures

When you go into battle with bears, you don’t have to worry too much. In general, larger animals are not particularly dangerous. Take some wooden spears with you and aim for the head as the bear comes running towards you. The same tactic works great with the pigs or Wisent too. Wolves can also be killed very quickly.

These animals cause problems: The only animals that make hunting difficult are the passive creatures. Deer’s and rabbits run away as soon as you get near them. Hits are much more difficult to score, but it’s just as safe.

What is Medieval Dynasty anyway?

The survival RPG from the Polish developer Render Cube and the publisher Toplitz Production from Austria mixes several features. In the Middle Ages, you’re stranded in a foreign area and get as much land as you want from the liege lord as long as you pay the tax.

In the course of the game, you build your huts and workshops, cultivate your fields, and take care of your cattle. Through quests, you will rise in the area’s reputation and receive the support of the neighbors, who will then move to your village to help you.

This is how you level up in Medieval Dynasty: As is typical in an RPG, you keep leveling your character. The more you do an activity, the better you get at that. With a “level-up” you can distribute one skill point in the respective area. In addition, you will unlock new recipes or blueprints over time to equip your village with more buildings.

This is special about Medieval Dynasty: The season changes every three in-game days in the game itself, and your character ages accordingly every 12 days by one year. If your character is old enough, he will die. To prevent the end of your dynasty, you must find a wife, father a child, and teach him everything you know so that you can slip into your child’s role in the event of your death.

All the inhabitants of your village must be carefully managed, so they are satisfied and do not leave again. Of course, this also applies to your wife and child.

Do you want to join our community and discuss Medieval Dynasty? Then join our Discord server, we are looking forward to you!