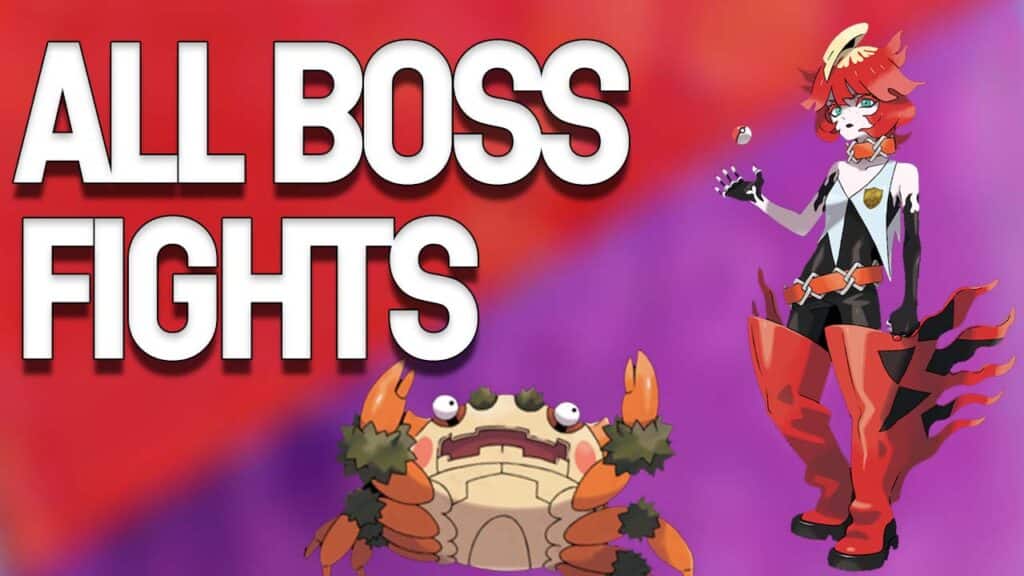 Pokémon Scarlet and Violet: These are all Boss Fights

In Pokémon Scarlet and Violet, as in the other titles in the series, you’ll fight various bosses. In this guide, we’ll show you where to find the boss battles and which ones to expect.

What it’s about: Pokémon used to have Team Rocket as a gang of criminals, and now we have various other bosses that you can fight in Scarlet and Violet. We’ll show you which boss fights to expect and where to find them.

These are all Boss Battles in Pokémon Scarlet and Violet

We’ve divided the boss fights into two categories for you and one important additional fight. The first are the titan pokémon in Scarlet and Violet. In the second part, we’ll go into the members of Team Star and their lairs. At the end, we’ll show you what to expect in the finale.

All Battles against the Titan Pokémon

Part of the story of Pokémon is the Path of Legends. In it, you’ll help Arven defeat five large and powerful titan pokémon. When you defeat them, you’ll get special rewards that you can use to improve your Riding Pokémon.

The titan pokémon are the following:

We have already shown you where you can find the titan pokémon, what their weaknesses are and what rewards await you in another article.

All Battles against Team Star Bosses

When you follow the Road of Stars, another quest series, you’ll meet members of Team Star. This is a gang of criminals made up of rebellious students from the academy. Team Star has hideouts all over the Paldea region. Defeat all five bosses to complete the Road of Stars.

These are the different bosses of Team Star:

Here you can find the bosses: Of course, we will also tell you where you can meet the Team Star rebels.

At the end of Pokémon Scarlet and Violet, you’ll have one more battle with a plot twist. Depending on which version you own, you and your friends will have to fight Prof. Sada with her Koraidon or Prof. Turo and his Miraidon. Actually, both of them were on your side, and now they turn against you because they just used you.

We don’t want to give you too much away here. In any case, be prepared for the fight and the story will inevitably lead you to this final battle.