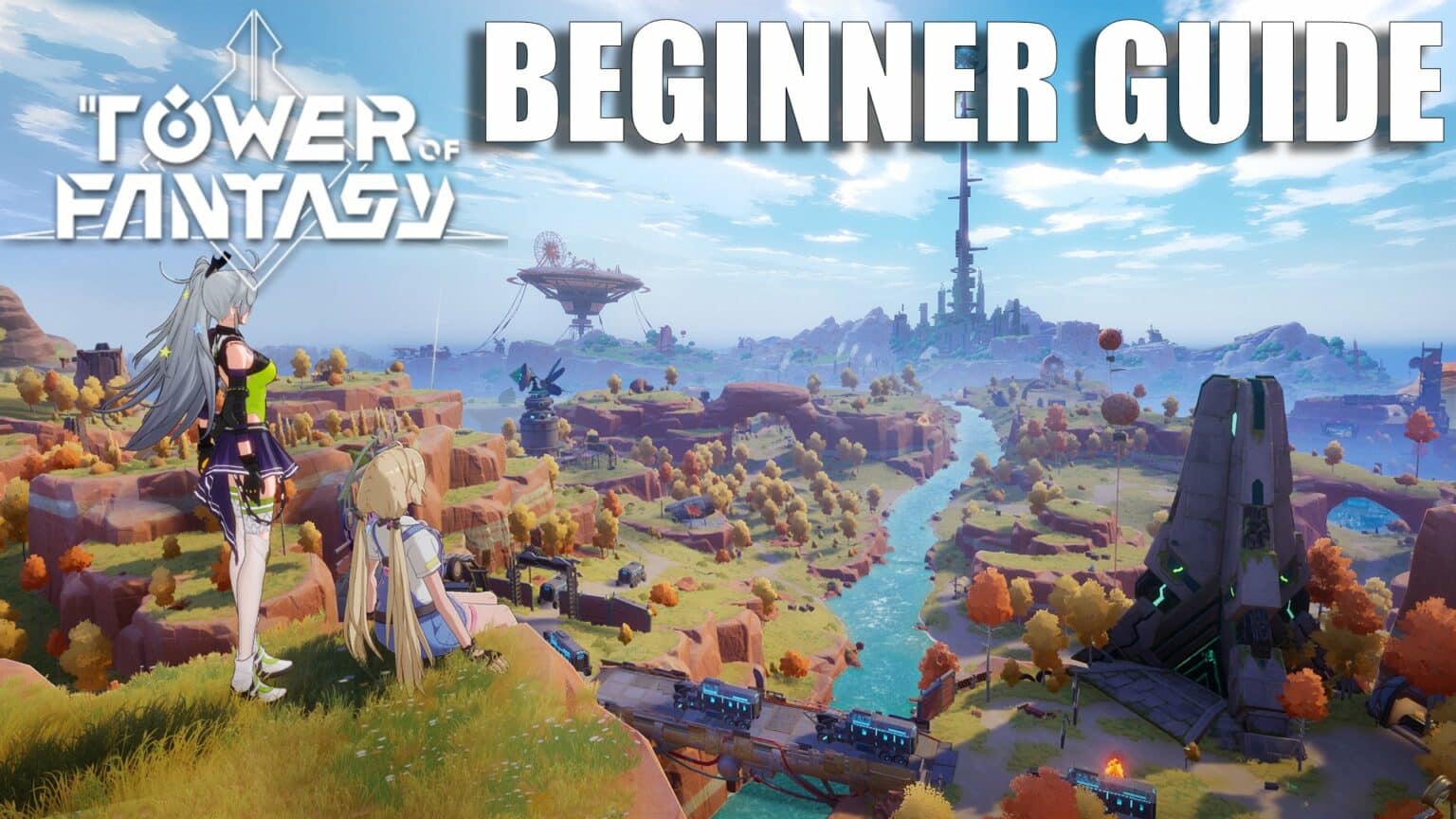 Tower of Fantasy Beginner Guide: 10 Tips for a Perfect Start

With Tower of Fantasy, a promising free2play MMO in the style of Genshin Impact started on August 10th. We took a closer look at the game for the release and put together our ten most important tips for Tower of Fantasy for you so that you can find your way around the world of Aida better as a newcomer.

This is what it’s all about: In the open world of Tower of Fantasy it is your task to end the machinations of the ruthless scientists once and for all. In the past, they built the “Tower of Fantasy” to promote the valuable “Omnium”. However, this caused a rift in time and the annihilation of much of the population of Aida. Nevertheless, the scientists only want one thing: more omnium.

For your fight against the scientists and your success in Tower of Fantasy, we have put together 10 important tips and tricks that not only make it easier for you to start, but are also extremely useful throughout the game.

Save up the SSR weapon box

If you participate in the Starpath Navigation event, once you’ve collected 700 Event Points, you can earn an SSR Weapon Chest. SSR stands for Specially Super Rare and refers to the most powerful weapons in the game. The name of the weapon is also the name of the respective character, e.g. “King”.

You shouldn’t jump right into the gun though, because you can get two SSR guns yourself relatively quickly through the gacha system during your first few hours. Which weapons you get here is completely random.

So if you choose your weapon of choice right away, you may get it again a little later, which would waste your SSR weapon box. So it’s best to wait for the first two SSR drops and then choose your favorite from the other SSR weapons.

Of course, a high damage weapon is always nice to have. However, you should also have weapons with you for other purposes. Overall, there are roughly three types of weapons:

Since shields greatly reduce your damage, there is no point in having only high-damage weapons in your inventory. You should carry at least one weapon of each type with you so that you are prepared for all opponents. This is another reason why it makes sense not to redeem your SSR ticket right at the beginning.

To explore the open world comfortably, you can walk, drive, climb or fly through Aida. Most of it takes stamina though. When climbing, however, you can use a simple trick to ensure that you use up almost no stamina and can climb endlessly. That’s how it’s done:

You can also use a simple mechanic when flying to conserve your stamina bar. Once you’ve jetpacked yourself into the air, regularly using your dodge ability (dash) will allow you to propel yourself further forward without draining stamina. Don’t forget to press the equip button for your jetpack again as soon as the dodge move is complete.

In Tower of Fantasy you can collect countless resources and materials. In order to proceed as efficiently as possible, you should use the interactive map. In this you can not only see very quickly where you can find which rewards and resources, but also hide rewards that have already been collected. For example, if you have collected all the gold cores in a zone, you can simply click on them on the map and they will be greyed out. The next time you log in, you’ll know where to continue.

Use your weapons properly

Each weapon has a variety of different attack combinations. Each combination has its own effects and is therefore suitable for different situations. So that you don’t end up wondering why you can’t get any further at a certain point, you should familiarize yourself with the abilities of your weapons.

You can see what your weapons can do in the weapons menu by clicking on the magnifying glass symbol under Weapon on the right. This allows you to choose the right weapon for the right opponent. Whether an enemy is particularly vulnerable to a certain element is indicated to you by the respective symbol hovering over the enemy.

This is how you quickly destroy shields

Many enemies have a shield that reduces your damage by 50 percent. Here it is advisable to destroy the shield first. Some weapons have extremely strong Shield Break stats. You can also see how high this value is in the weapon menu. The information “Smash”, or the number behind it, indicates how good the weapon is against shields. The higher the number, the faster you destroy the shield.

For almost all weapons, jumping or aerial attacks are stronger than ground attacks. They deal significantly more damage and also destroy enemy shields faster. Another advantage of these attacks is that you are much harder to hit for your enemies. However, these attacks from the air continuously consume stamina. So you always have to keep an eye on your stamina display so that you don’t run the risk of becoming unable to move.

Even if you prefer to play alone, joining a clan is definitely worth it. You get access to an extra clan shop, special clan quests and numerous clan rewards and have strong allies for the upcoming battles against the world bosses. For other endgame content, too, you’ll wish you could get help from other players quickly.

Keep an eye on the saturation indicator

Next to your life bar you can find a small round icon that informs you about your current saturation. This is extremely important. It goes from zero to a hundred. When not in combat, saturation is used to restore your health.