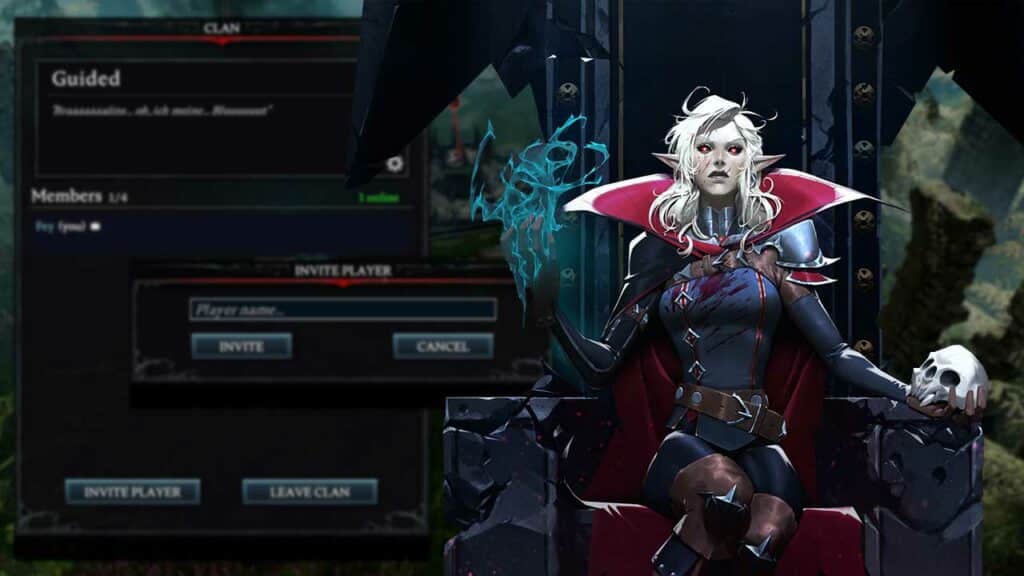 V Rising Multiplayer: How to Create a Clan and Invite Friends

If you don’t want to play alone in vampire ARPG V Rising, you can create a clan in multiplayer to play with up to three friends or more. We’ll tell you how!

This is multiplayer in V Rising

V Rising is an online vampire ARPG and cannot really be played solo. You can either join one of the official and private servers and stay on them with up to 39 other players, or host a local server where you can then have your peace.

So if you want to play multiplayer with other players, choose one of the official/private servers. These are divided into PVE, PVP and hardcore PVP:

On the PVE servers, all players are allied with each other. While each player can still build their own private base and clan with three other vampires, they cannot fight each other. So on a PVE server you only have the NPCs as opponents and don’t have to worry about other players.

On the PVP servers, clan members cannot fight each other, but all other players are fair game. Everyone fights here for themselves or for their clan, when you die you lose all the resources in your inventory that can be collected by other players.

However, PVP is only activated in the evenings for 6 hours at a time. During this time, other players can also raid your base and steal the loot. But they can’t destroy your base, probably only the gates can be broken.

The hardcore PVP servers are basically the same as the PVP servers. However, if you die, you lose all your loot, including equipment and weapons, and your base can be completely destroyed.

How to create a clan and invite friends

But you can only really play together with your friends if you found a clan. Within a clan you can build together with other players and share your resources.

What you should know: A clan consists of a maximum of 4 people on the official servers and up to 10 people on private servers. The possible clan size of a server is given in the server list.

How to create your clan: In a clan you cannot hurt each other, you share all resources in the camp, and you can build together in the base. You also have a clan chat, which you can activate with /clan.