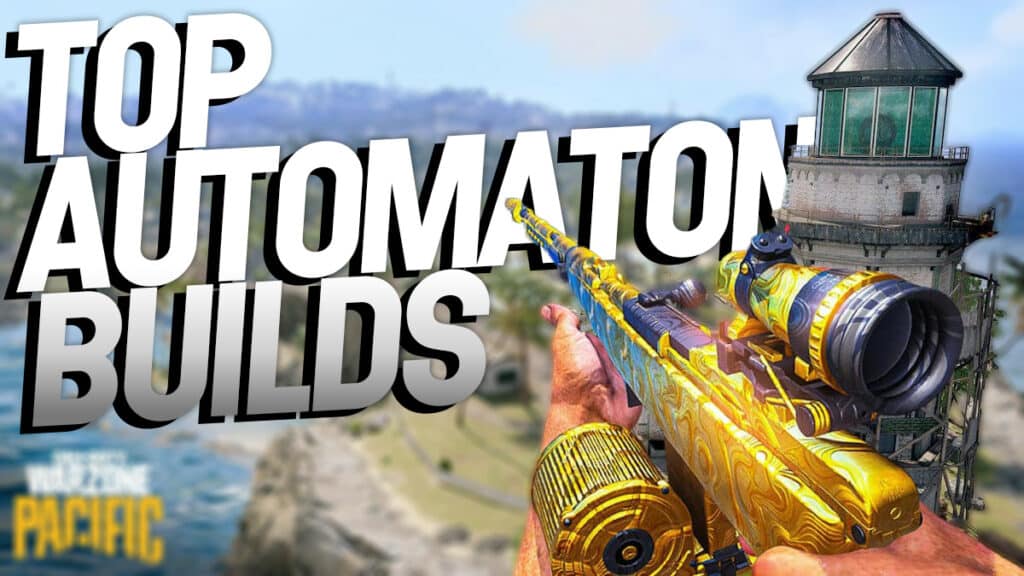 The Automaton assault rifle stands out in Call of Duty Warzone, especially for its incredibly low recoil and high rate of fire. We are of course talking about the Automaton, or Robot, which is widely known as the Laser. In this article you will find the best loadouts & builds of the Automaton for various purposes in Warzone Season 5.

So what exactly is the Automaton? The Automaton is extremely sturdy and has a high rate of fire, thus the assault rifle serves not only as a top-notch weapon for high ranges, but also as a secondary weapon to a sniper rifle. In this article, we will tell you everything you need to know about the assault rifle. As usual, we will give you several of the best loadouts for the Automaton in Warzone Season 5. This way, you’ll be prepared for any purpose.

This is the Automaton in Warzone

The Automaton made it into Warzone with the release of Call of Duty Vanguard and is currently one of the best weapons and hard to imagine the meta without it. This is certainly also due to the fact that it is very easy to unlock, because you only have to level up to 8. No difficult challenges and no long grind.

Once you have the Automaton in your hands, you will of course have to unlock some essays. In the following image, we compare the stats of the weapon with all the builds mentioned in the article. After that, you can see the exact attachments of each Automaton loadout for Warzone Season 5.

The Automaton Long-Range Build in Warzone

Due to the already mentioned very low recoil out of the box, we use all attachments here to improve the recoil, as well as the effective range and magazine capacity. This allows you to send several opponents to the warzone gulag at once with this Automaton loadout / build.

Important dates for the Long-Range Build

All attachments for the Long-Range Build

What secondary weapon do I play with the Automaton Long-Range build? Since you are playing the Automaton with this loadout to catch enemies at long range, you should of course complement this build with a good weapon for close combat. There are numerous SMGs available for this purpose, for example, the Armaguerra 43 or the PPSH-41.

If you want to play the Automaton as sniper support, you also benefit from the good values that the weapon already has without attachments. However, here we are adjusting the attachments so that you can move faster and have the weapon at the ready faster.

All attachments for the Automaton Sniper Support Loadout

What secondary weapon do I play with the Sniper Support Build? As the name of this loadout suggests, you play the Automaton here to support a sniper rifle, meaning defeating enemies at medium and close range. So for the build to work properly, you’ll need a sniper rifle like the Gorenko Anti-Tank here.

Which weapon is currently your favorite weapon? Is it maybe even the Automaton? If you don’t have the other weapons of the current Warzone meta on your screen, we have the right article for you here: The New Mid-Season Weapon Meta

Would you like to join our community and discuss Call of Duty and Warzone? Then join our Discord server, we look forward to seeing you!