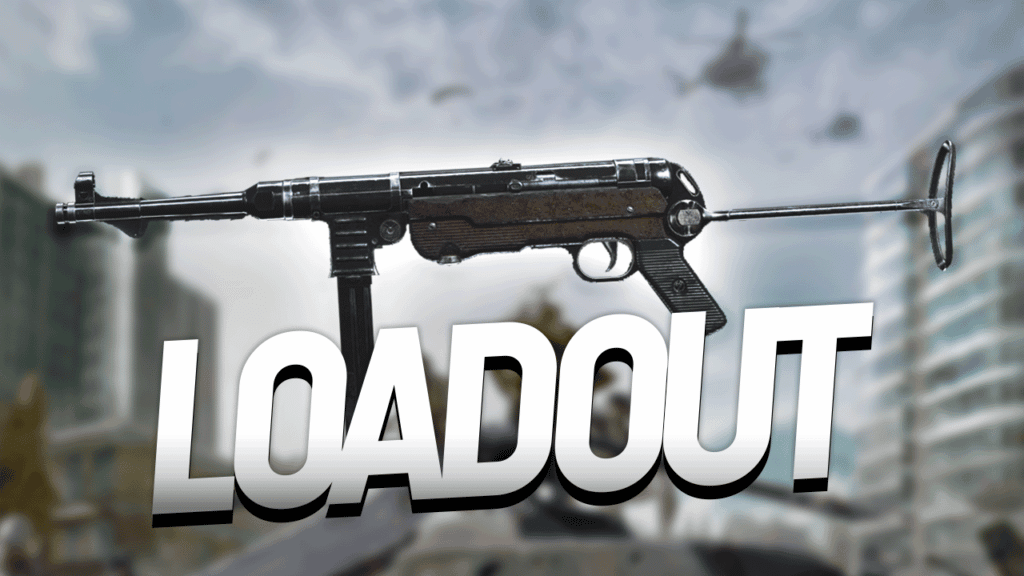 In Call of Duty Warzone, SMGs have dominated the meta almost since the beginning. They stand out for their versatility, with the MP-40 we have a classic example of a mighty weapon against opponents at close range. In this guide, we show you the best loadout for the MP-40.

SMGs in Warzone: Currently, three different SMGs dominate the top 10 most played weapons, we have already reported on the Armaguerra 43 and the PPSh-41. In this loadout guide, we will introduce you to the MP-40 in more detail, although it cannot quite keep up with the other two SMGs, it is powerful, especially in close-range combat.

Especially in the beginning, the MP-40 was a very powerful weapon and was used by many players. Despite the nerfs she’s experienced, she’s still a solid choice, especially as sniper support. The selected attachments increase the range and reduce the time-to-kill and recoil. In the following, we will show you which attachments you should equip the MP-40 with:

All Attachments for the MP-40 Loadout

Which perks should you choose? To round out the MP-40 loadout, we recommend perks to increase your movement speed.

All Stats from the Best MP-40 Loadout in Warzone

The Best Secondary Weapon for this Warzone MP-40 Loadout

The MP-40 is a good choice for sniper support, so the Gorenko Anti-Tank is an excellent choice here. At long range, you’ll decimate your opponents faster than they’ll notice with this weapon, and anyone who dares approach you will be sent across the Jordan with the MP-40. The following table shows you which attachments you are missing from the Gorenko Anti-Tank Sniper:

You should use these perks for the Gorenko Anti-Tank Sniper

Have you already achieved victories in Warzone with this loadout? Tell us in the comments!
If other weapons are more your thing, look at our other loadout guides.